The Nikkei newspaper has published an article detailing some of the difficulties the camera industry is going through in terms of supply shortages.

According to Nikkei and disseminated by Digicame-info, the industry is facing anywhere from 5 to 15 week delay in parts procurement and for some specialized parts, up to 90 week delays (2 years).  Sony specifically canceled some of their mirrorless cameras because they simply could not get semiconductors used by the LCD screens.  Camera production for 2021 was down 20-30% specifically because of the shortages.

HP commented, and stated that once one shortage is corrected, another one appears leading to a whack-a-mole effect attempting to get parts procured.

According to Nikkei there really isn’t an end in sight to the shortages and expect them to continue.

From Bloomberg, we see the waiting time increase to 20 week delay and remain there.  In other words, it’s not getting better. 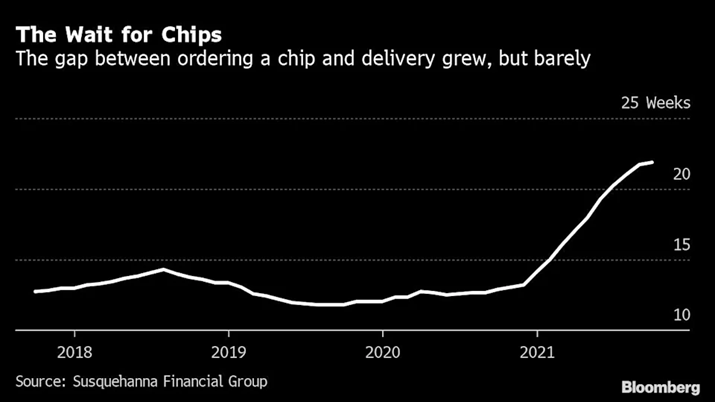 According to an article on libremercado, a perfect storm of conditions happened to cause this;

Chipmakers assumed that they would have time to ramp up production and didn’t anticipate the governments rapidly deploying COVID-19 vaccines, and also governments launching aggressive stimulation packages relaunching the economies around the world.

The article in libremercado goes into much more detail and is a good read.

As far as Canon? Canon hasn’t said much other than the notices that they can’t produce enough lenses, cameras, and even lens caps to meet demands (I could never understand the lens cap issue – come on Canon just ebay them like the rest of us do).

I would expect Canon to triage their parts to the higher value items while these shortages are occurring – expect more EF and EF-S lenses to fall into discontinued because let’s face it – if you have 10,000 parts and you had a choice between EF and RF lenses to put them in, Canon is obviously going to choose RF.

Photo by Alexandre Debiève on Unsplash

Realme 9 Pro+ is getting a limited Free Fire Edition