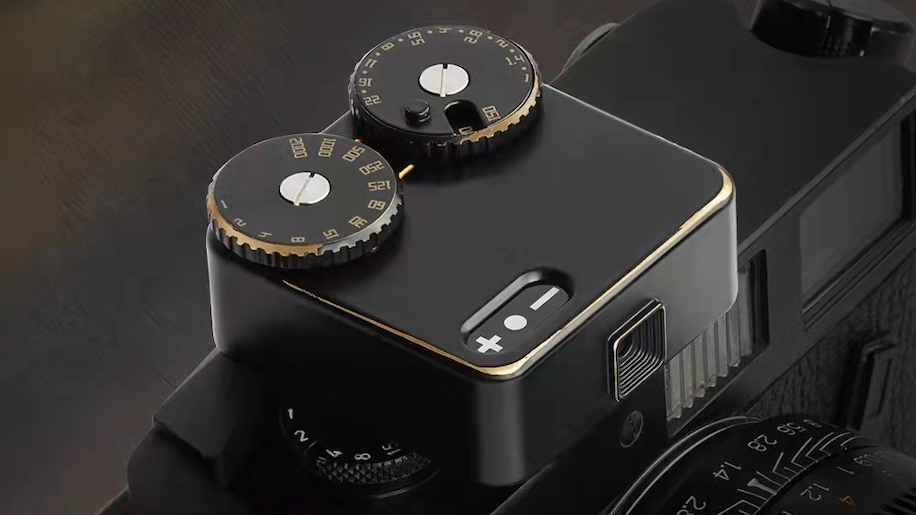 While pretty much all cameras today have some form of light meter built-in, there are still plenty of older film cameras that don’t. Short of going by the Sunny 16 rule and hoping you’re close, there isn’t much you can do to ensure a good exposure besides using an actual light meter. Sure, you could carry around a big bulky Sekonic or even a little slender Sekonic, but why not mount one to your camera’s hotshoe?

The TTArtisan Light Meter has been available in black and silver, both made from aviation aluminium, at a cost of $62 for a while now, but the company’s just added a new black version made from brass into the mix, that shines through as the light meter goes through use and the black markings are worn away. The new brass version costs $88 and comes in at almost 3x the weight of the aluminium version.

The meter mounts into the camera’s hotshoe to take the readings, so you don’t have to shift your eye very far to switch between checking the meter and looking through your camera’s viewfinder. Three dials for ISO, aperture and shutter speed allow adjustments to easily be made and a series of LEDs light up to tell the user when they’ve got a good exposure value.

It’s powered by a CR2032 battery – not included, so you’ll have to buy one separately – that provides around 60 total hours of use. It offers average incident meter readings with a measuring angle of 45°. This is about the horizontal field of view that you’d see using a 45mm lens on a full-frame camera. So, any lens in the 35-50mm range should give you a good idea of what the meter’s looking at in order to get its reading.

And it’s now available in three varieties. Black or silver and made from aluminium or the new black one made from brass and painted black to provide a pleasing patina as the black wears away through use or rolling around in your camera bag.

The new TTArtisan brass light meter is available to buy now for $88 and the aluminium black and silver meters are also available for $62.

How to make all 16 Minecraft dyes and their uses