Home » Camera » Reporter hit by truck live on-air, gets back up and carries on to finish her segment
Camera

Reporter hit by truck live on-air, gets back up and carries on to finish her segment 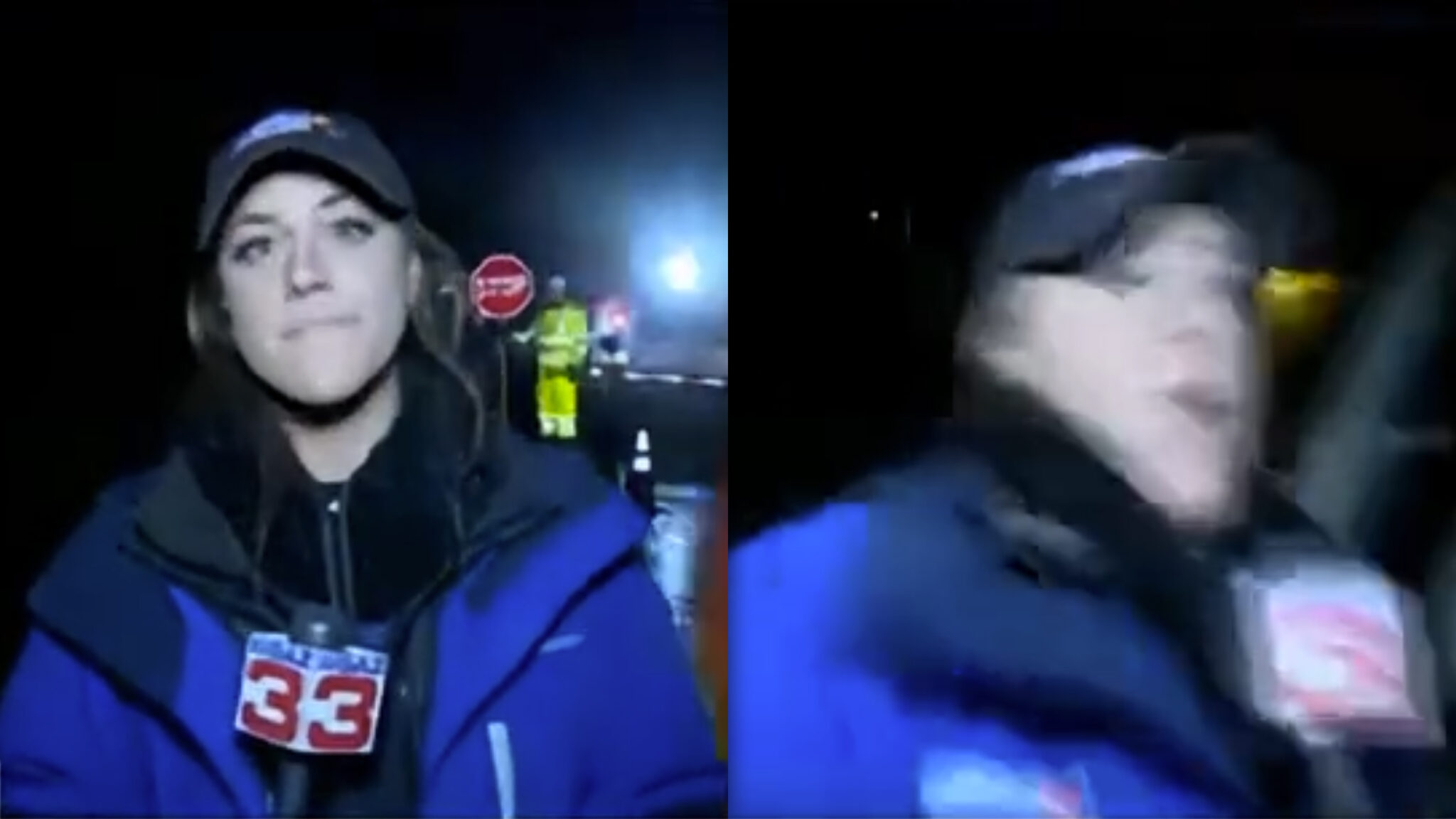 Well, this is something you don’t see every day. Journalist Tori Yorgey was reporting from Dunbar, W. VA. for local news channel WSAZ when she was hit live on-air by a vehicle passing behind her. She was covering a water main break caused by bad weather that brought with it plenty of snow and ice and while getting ready to answer a question from the news anchor Tim Irr, a light coloured truck turned into her as it came to pass behind her.

Tim’s reaction didn’t seem to quite fit the scenes viewers saw before them, but it was pointed out several times, including by Tori herself, that he apparently didn’t see a feed from the remote broadcast camera on his main monitor, just a tiny monitor off to the side that was he was struggling to see and was unaware of what was actually going on until she verbally relayed the story, telling him “… I just got hit by a car but I’m okay, Tim”. 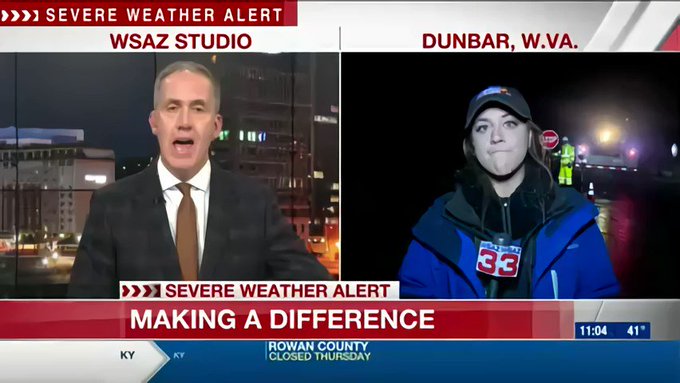 Before you all start saying “Well, why didn’t the camera operator warn her?”, as is often the case these days, Tori was working alone acting as her own camera operator. After setting it up on the tripod in a spot she believed to be safe, she stood in front of it to begin her broadcast. Obviously, it wasn’t quite as safe as a spot as she had hoped for.

You know what? It’s a one-woman band. I thought I was in a safe spot. My whole life just flashed before my eyes.

Getting hit was obviously quite a shock, but Tori just got back up, dusted herself off and powered on through her piece before going to the hospital to be checked over. In a follow-up chat on WSAZ News, Tori clarified some details of her experience and reports that she has no major injuries, just a little soreness.

I’ll just leave this here and let you all discuss how WSAZ decided to handle the aftermath on the news tonight. https://t.co/OHdT6Vk325 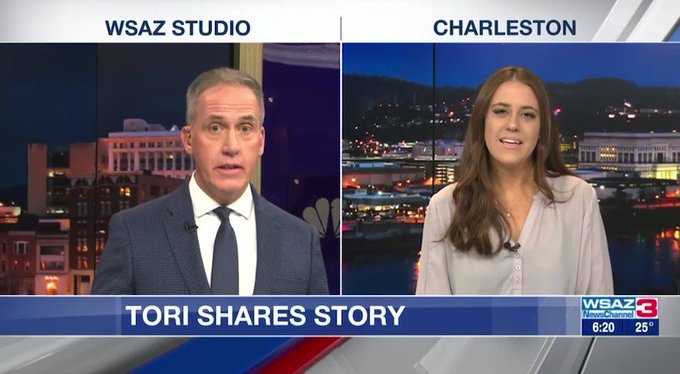 While Tori got very lucky in this instance having escaped with just a few bumps and bruises, it highlights the dangers of sending out solo reporters to report on dangerous stories like this at night. When police and other emergency vehicles are blocking roads and redirecting traffic, the normal rules of the road in that area tend not to apply and if you don’t know how to fully safeguard yourself in those situations and don’t have a camera operator to act as a spotter, something like this is inevitable.

There are things that can be done to help minimise your chances of being hit, though, if you’re ever reporting or shooting anything alongside an active road. This video from Emmy award-winning photojournalist and reporter Chris Post at JournalistSafety.com illustrates how he prepares for reporting on location based on over 20 years of experience working in emergency situations as an EMT.

After a close call for a reporter doing a live-shot along an active roadway, I thought I would lay out some tip for safe live-shots. These tips come from 20+ years of emergency 🚨 🚑 work. I’ll post the full video in a few hours. Stay safe my pals @NPPA @RTDNA @spj_tweets https://t.co/qp0RJ0ChMi 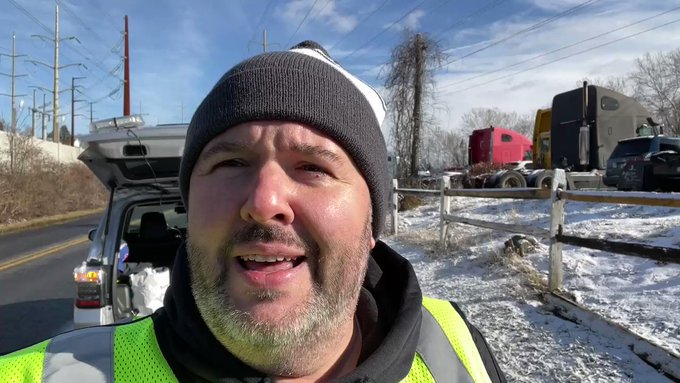 While many have called for news media to end the practice of sending out solo reporters, especially on dangerous nighttime stories, Chris has also posted an extended video to Vimeo just in case you have no choice. In it he talks about the event that happened to Tori and goes over some things you can do to increase your location safety, with some more practical demonstrations out on location.