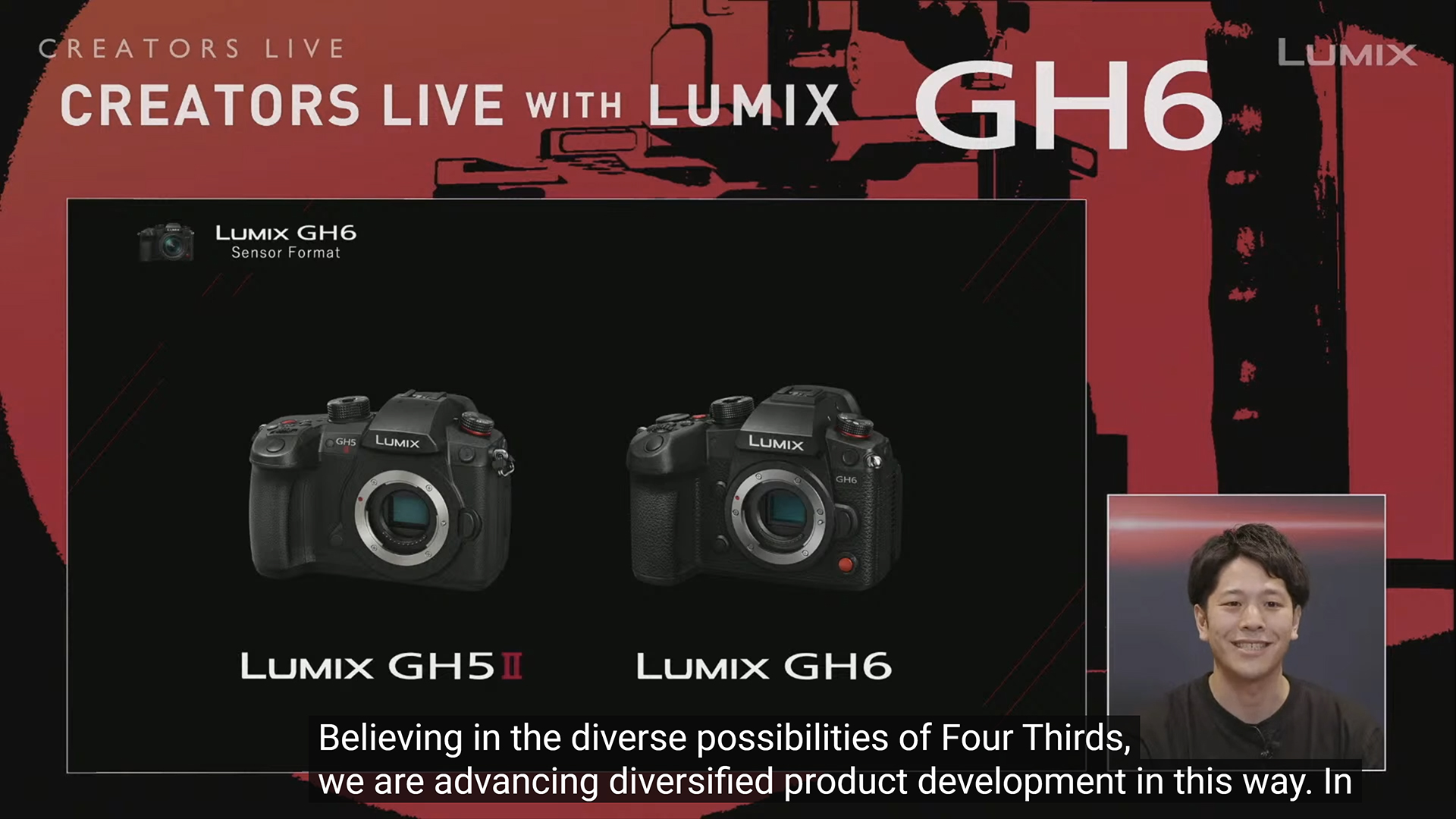 Ever since Panasonic entered the full-frame mirrorless space in 2018, announcing their alliance with Sigma and Leica, along with the uncertainty of the future of Olympus with the will they, won’t they, will they, won’t they, oh, they did! thing, the future of Micro Four Thirds has been called into question. The new Olympus owners, OM Digital Solutions say they’re committed and recently announced the new OM-1. But what about Panasonic?

Well, Panasonic has spoken of their commitment to the Micro Four Thirds system, sometimes quite forcefully, and have since released the Panasonic G90/95, G100, BGH1, GH5 II and most recently the Panasonic Lumix GH6. But will we see more? According to a recent Japanese interview as part of the GH6 launch event, Panasonic marketing manager Tomonori Nakanishi says yes!

It’s a pretty long video, lasting around 2 hours and you’ll probably want to turn on the subtitles if you’re not a Japanese speaker, but at around the 20:34 mark, Mr Nakanishi essentially said (Google translated)…

We believe in the diverse possibilities of Micro Four Thirds, and we are developing such diversified products. In today’s world where full-size machines are becoming more popular in a sense, it may be a unique approach to develop the full-size lineup in-house and at the same time to develop the Micro Four Thirds lineup in full-scale. do not have. However, I believe that this approach will allow the “GH6” to establish a very sharp and unique position in the world at this moment.

If we are to assume that “full-size” means “full-frame”, then it looks like Panasonic will be continuing to pursue Micro Four Thirds with equal effort to their full-frame lineup. Of course, we haven’t seen a new full-frame mirrorless body since September 2020 when they announced the Panasonic Lumix S5. Ok, sure, there was the BS1H in October 2021, but that’s not really a mirrorless camera in the sense that interests most photographers.

Counterpoint: MediaTek and Exynos market share dips, Qualcomm and Unisoc on the rise