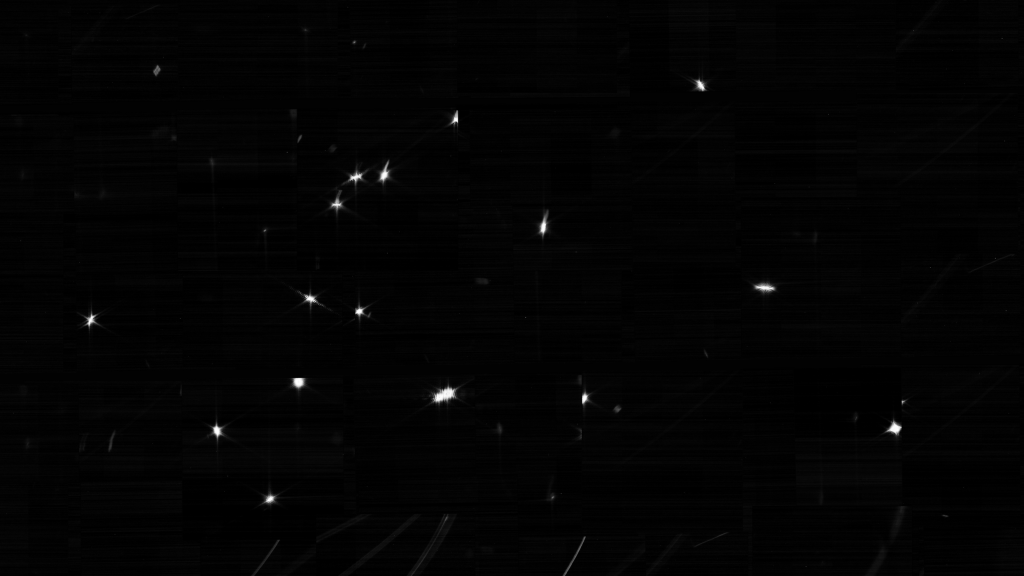 NASA sent the James Webb Space Telescope (JWST) into space on 25 December 2021. After the journey and some adjustments, the telescope has now sent its first images back to Earth.

The telescope’s very first image looks like a starry sky. But interestingly enough, this isn’t what you’re seeing in it. It actually shows the same star – 18 times.

The launch of JWST didn’t come without its challenges. After several delays, NASA finally launched it into space on Christmas Day. A few days later, the telescope started its transformation that took two weeks. On 4 January, JWST successfully deployed its sun shield, followed by unfurling of its primary mirror on 8 January. Finally, on 24 January, JWST reached its final orbit in space – and so, photo sessions can begin.

As NASA explains in a blog post, the telescope is soon completing the first phase if the months-long process of transformation. It includes aligning the observatory’s primary mirror using the Near Infrared Camera (NIRCam) instrument. “The team’s challenge was twofold,” NASA writes, “confirm that NIRCam was ready to collect light from celestial objects, and then identify starlight from the same star in each of the 18 primary mirror segments.”

The image you see is a result of Webb’s unaligned mirror segments, all reflecting light from the same star back at Webb’s secondary mirror and into NIRCam’s detectors. It’s still a little blurry and weird, but why is it important? Well, this image is “the foundation to align and focus the telescope in order for Webb to deliver unprecedented views of the universe this summer,” NASA explains. “The team will gradually adjust the mirror segments until the 18 images become a single star,” and it’s expected to happen over the next month or so, according to NASA.

Marshall Perrin, deputy telescope scientist for Webb and astronomer at the Space Telescope Science Institute said that this is a great starting point for mirror alignment. “We found light from all 18 segments very near the center early in that search,” he explains. Michael McElwain, Webb observatory project scientist at NASA said that, for scientists and optical engineers, “this is a pinnacle moment, when light from a star is successfully making its way through the system down onto a detector.”

Other than the starry image you saw above, JWST also sent back a selfie that shows its primary mirror. The telescope created it using a specialized pupil imaging lens inside of the NIRCam instrument. It was designed to take images of the primary mirror segments instead of images of space, as NASA explains. It’s used strictly for engineering and alignment purposes, but why not share it with the world too – space selfies are quite cool.

So, while James Webb telescope’s images are still not in their final form, they give us a great glimpse into what we can expect. When all the mirrors are aligned, I expect we’ll see a bunch of stunning images that will tell us more about space and show its beauty.