We’re all set to cover the nubia Red Magic 7 announcement on February 17 but before the big event nubia posted several new teasers for its upcoming gaming flagship. Red Magic 7 will bring an all-new independent gaming chipset dubbed Red Core No. 1. Based on the teaser the chip will process sound, light, vibration and touch inputs. 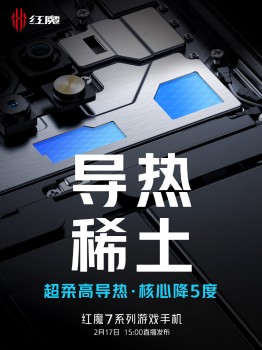 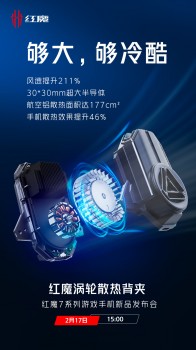 The phone will also house the largest-ever VC cooling plate covering a total area of 41,279mm² – 30% larger than its predecessor. In addition, nubia will offer a separate active cooling case. Red Magic 7 will also be the first gaming phone with an under-display camera but we did not get details if all versions will come with the fancy new UD cam nor what resolution the image sensor is.

In more related news, Red Magic 7 appeared in a Geekbench listing and was also certified by the Wi-Fi Alliance. The Geekbench listing yet again confirms the Red Magic 7 will bring Qualcomm’s Snapdragon 8 Gen 1 chipset. We can also see the version in the test (NX709J) brings 16GB RAM and boots Android 12. 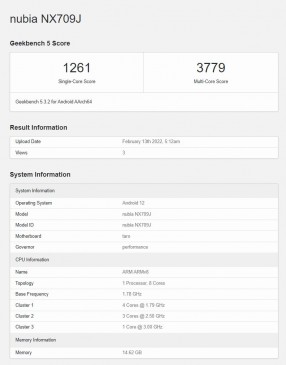 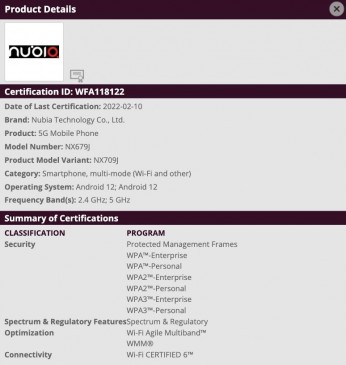 It managed a respectable 1,264-points in the single-core department and 3,744-points on the multi-core test. The Wi-Fi Alliance confirms the device will bring dual-band Wi-Fi- connectivity and Android 12.