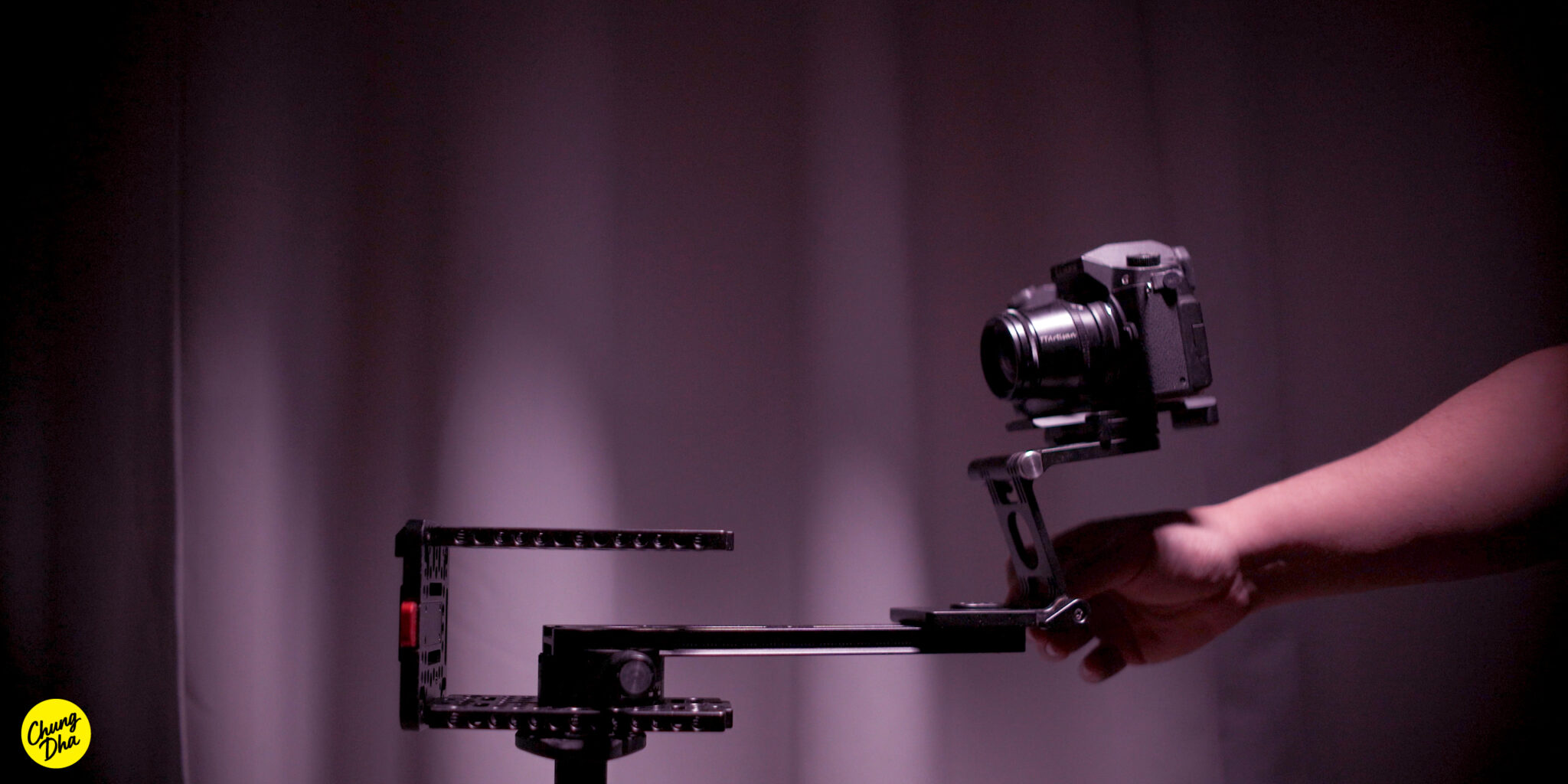 I recently built this DIY 180 orbit rig from available camera accessories. To make shots like this. You might think why not just use a turntable, well I don’t like the look of only the product spinning while the background is static. While moving the camera around the subject gives a much more dynamic look in its entirety.

With this setup, I can even orbit around tiny objects using a macro lens. Like this tiny adapter. But the only limitation is really with bigger objects and anything really large becomes very hard to capture with this setup even with a wide angle lens.

Also, there isn’t really that many products out that can do this, but also I like that I can break it down and have a compact setup to bring with me.

I call it 180, but in reality, it can rotate much more than 180 degrees, just not the full 360 degrees, aas the C shape design of it blocks it from doing a full rotation. However, for me, this isn’t really a big issue as in my video I rarely need to show a full rotation.

Now to the parts that I have used to build this setup.

Optionally is the extra quick release on top to quickly remove the camera from the Z Tilt.

The reason I am using a Z Tilt instead of a video head is that I only need the camera to tilt and move up or down to get the correct framing and the Z tilt gives enough flexibility for that.

Another Con is that the pan head isn’t really built to hold extreme weights so far away from its center and I would really limit this setup to very lightweight cameras and lenses. Which for me isn’t that big of an issue, as I am very happy with this setup and finally able to achieve the shots that I wanted.

Hope you find this DIY build quite interesting, if you want to see more videos like this make sure to hit the like and subscribe button here below. And I will see you in the next video

Chung Dha is a photographer, filmmaker based in Hong Kong. As well as creating photos and movies himself, he also teaches how you can do it over on his YouTube channel. You can find out more about Chung Dha on his website. This article was also published here and shared with permission.

Pixel Stand 2 review: Google's own stand gets in the way