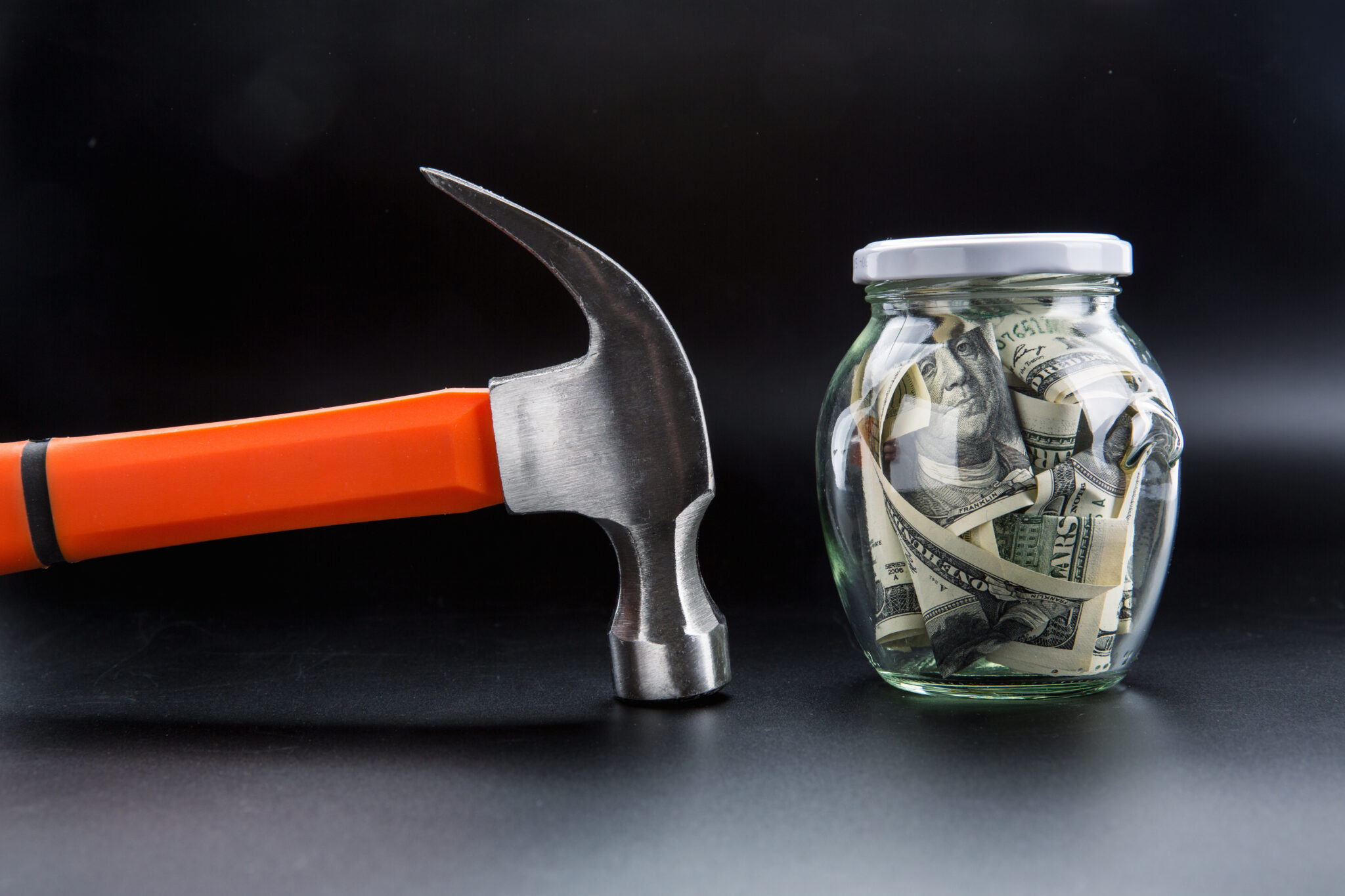 An auction house based in New Zealand sold two historically significant glass plate negatives as NFTs and allegedly encouraged the buyers to smash the originals in order to increase the value of the NFT.

The photographs were of the artist Charles Goldie who was well known for his Portraits of Maori elders. The photographs were taken by Rupert Farnall and date back to anywhere between 1910 and 1920. Webb’s auction house based in Auckland listed the plates as NFTs on the platform OpenSea, and included a framed contact print of the image and the original glass plate negative presented in a custom-built pine box.

According to the description, a small brass hammer was also included with the tokens, presumably to encourage the buyer to destroy the original glass plate negative and thus increasing the value of the NFT. Webb’s Head of Art Charles Ninow told Newshub “Perhaps you might want to make it permanently digital.”

The story was first tweeted by Molly White who aims to highlight “the hacks, scams, and bad ideas that are so prevalent in crypto and web3 projects”.

New Zealand auction house Webb’s invites buyers of historic glass negative and associated NFT to “make it permanently digital” by smashing the plate after they buy it
January 26, 2022
https://t.co/ieuKZNQRJE https://t.co/ocfrjfqIiR 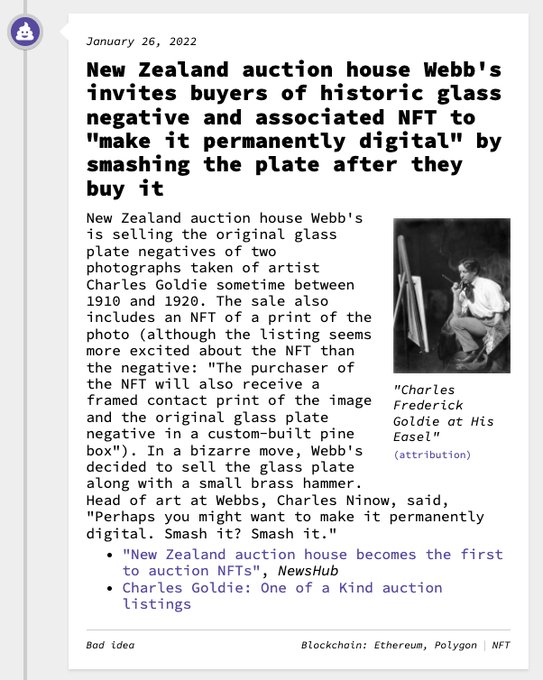 To many of us, this seems to set a worryingly cavalier precedent. However, speculation online points out that it could have been nothing more than a publicity stunt to generate interest in the sale. And apparently, it worked with the photographs and NFTs of “Charles Frederick Goldie at His Easel” and “Charles Frederick Goldie in His Studio” selling this week for $51,250 and $76,250, respectively.