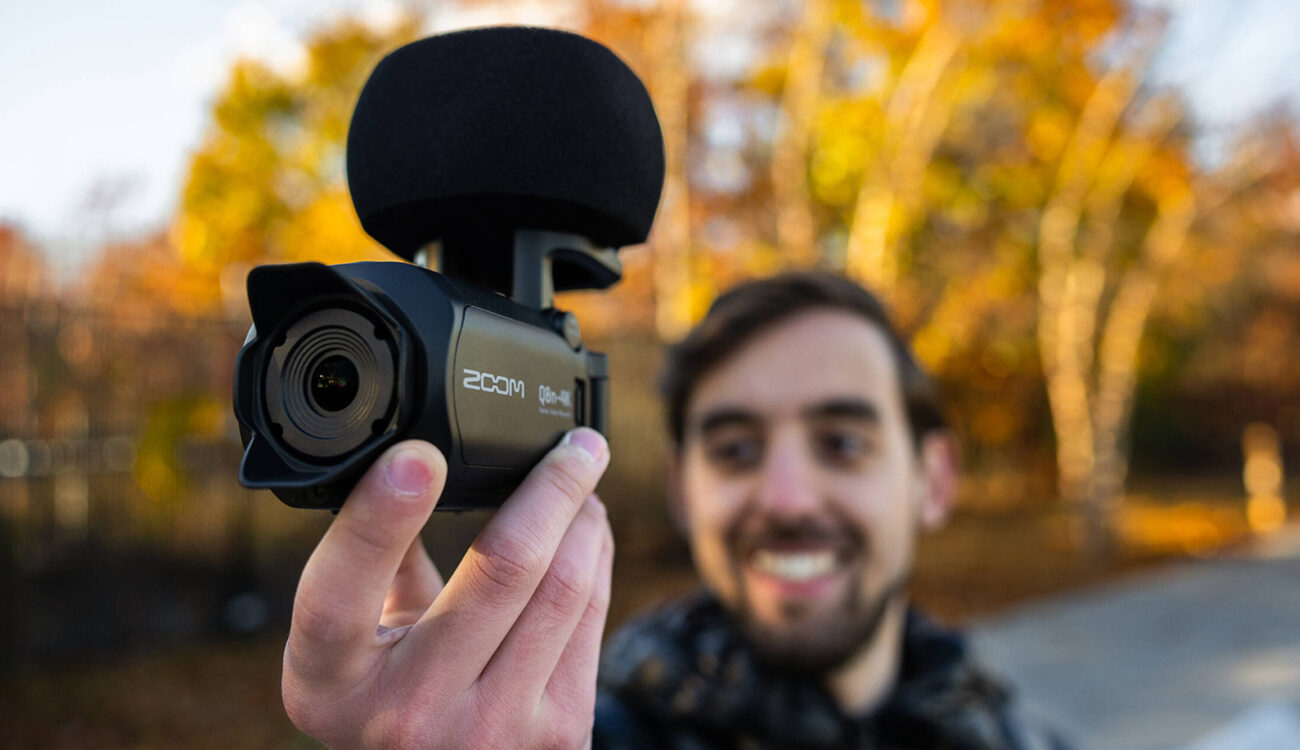 Audio specialist Zoom has just announced the immediate availability of its latest product: the Zoom Q8n-4K is not only an audio-first video camera, but also a direct successor to the Q2n-4K (article here), which was released back in 2018.

Although this new camera/audio recorder was announced some time ago, it is only now available for purchase.

The concept of an audio-first video camera might seem odd at first glance, but it makes perfect sense upon closer inspection. Both this camera and its 2018 predecessor are perfect companions for musicians, for example.

The ability to visually capture a recording session while also recording top-notch audio is paramount for most of these musicians. I don’t want to say that the additional video features are just “nice-to-have”, but of course the sound is the prime focus here.

According to Zoom, not only musicians, but also filmmakers, podcasters and others can consider themselves the target audience for the new Q8n-4K handy video recorder.

As you can see, the video specs are a bit underwhelming here, but that’s OK (depending on your scenario, of course), we’re dealing with a device from Zoom, so let’s talk audio!

Just like other Zoom audio recorders, the Q8n-4K can not only handle professional audio signals via two XLR inputs (with phantom power: +12 V / +24 V / +48 V) on the camera itself, but also has a special microphone module on the top that can be exchanged for various other microphone modules with different characteristics.

Available are two shotgun modules, XY/AB stereo modules and VR modules, as well as an XLR extension module. In the box you will find a 120° XYQ-8 stereo module.

The audio modules can be folded back to save space during transport. On the back of the Q8n-4K is a 2-inch LCD display that can be flipped 180° for taking selfies. However, it cannot be articulated and the 320 x 240 resolution also leaves a bit to be desired.

The Zoom Q8n-4K can also serve as an upgrade for your laptop’s integrated front camera when you attend zoom(!) calls, for example. To do so, you have to connect the camera to your computer via USB (Type C). However, the Q8n-4K is then limited to 1080p video und 48 kHz/16-Bit audio.

The Zoom Q8n-4K weighs 367 grams including the battery and can record 1080p videos for up to 2.5 hours (around 80 mins when recording 4K). The camera accepts microSD / microSDHC / microSDXC cards with a capacity of up to 512 GB. If needed, the camera can also be controlled remotely via a special app (iOS/Android), but this requires a Bluetooth adapter (sold separately) called BTA-1.

Dimensions are as follows:

In terms of connectivity, the Q8n-4K offers a combined line/headphone stereo mini jack and a micro HDMI connector for video.

The Zoom Q8n-4K is available now for preorder, and it sells for $399.99. Whether a camera plus pro audio recorder can deliver what it promises at such a low price remains to be seen, but for streamers, musicians, and maybe even filmmakers, this device could be very useful.

What do you think? Would this handy device be worth a closer look for your projects? Share your experiences in the comments below!