There’s light painting, and then there’s this light-painted stop motion film produced by Photographer Darren Pearson. The film is a light-painted Western called ‘Fiat Lux’ and was filmed in classic Western locations such as disused gold mines and abandoned homesteads around Darren’s native California.

Even more incredible is that Darren light painted each frame freehand, combining a total of over 600 images. The amount of work involved was immense and the result is both eerie and beautiful. He explained to DIYP how he created it. 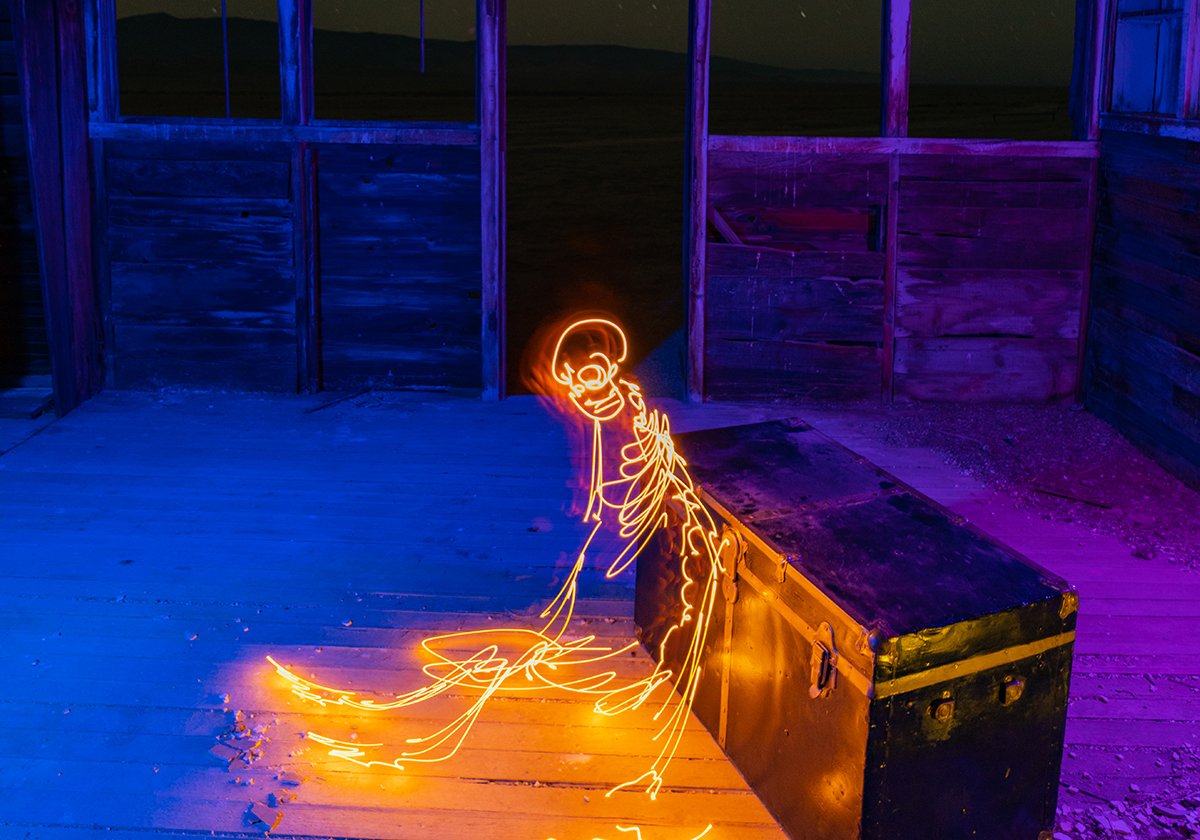 “My inspiration for ‘Fiat Lux’ was in the history of California along with my idea of doing a haunted western,” Darren says. “This film features the sites of historic homesteads, gold mines, ranches, tunnels, and hotels that were abandoned long ago but have a ghostly presence.”

The bulk of the film was shot during the pandemic, but most of the locations were very remote so it wasn’t a problem. “The most difficult aspect of shooting this film was simply getting there and back from each location,” Darren tells DIYP. “Some of these places were many hours away from home and required off-roading in a high clearance vehicle to get to. After a marathon night of light painting to capture a scene, I still had to drive back hours away, sore and tired, albeit triumphant.”

The whole movie was painstakingly planned and storyboarded frame by frame, and then light-painted freehand. You can see exactly how Darren did it in this Behind the Scenes video. I keep watching it over and over trying to understand exactly how he can maintain the level of consistency with each frame, particularly the parts when the figure recedes into the distance. I guess it’s just the age-old answer of talent and a lot of practice!

For this project, Darren used a few LED tools of his own design called ‘Night-Writer Pro‘ for casting light and ‘Night-Writer‘ for drawing the skeletal character. He captured the images on a Sony A7Riii along with a 14mm 1.8 Sigma Lens and a few Zeiss lenses (18mm and 28mm).

Finally, after all the hard work of travelling to different locations and staying up all night shooting, Darren had the task of putting all 686 photos together into a stop-motion animation film. The final result is frankly breathtaking.

Darren has some advice for anyone wanting to try their hand at something similar. “Get comfortable with the process in a controlled environment first,” he suggests. “Then take it out into the elements only after scouting the location in daylight. This way, you’ll be familiar with the location and have a very clear objective of what you’ll do once you get there in the dark.”

He also has another piece of useful advice, from hard-won experience it seems! “Go out on a rather windless night, below 10mph (16kph),” he says, “if the wind is more powerful than that, it could mean a world of difficulty and discomfort for both you and your camera equipment.”

Indeed, stop motion and light painted long exposures require a good sturdy tripod, particularly if working alone. And remember if you’re headed out to remote locations, it’s probably a good idea to either have someone come with you or at least make sure someone knows where you’re going and when you’re expecting to be back. Gotta stay safe out there!

As for Darren, he’s already working on his next project, a new NFT project called ‘Midnight Martians‘. You can see more of Darren’s work on his website, and Instagram.

New confirmations on the specs