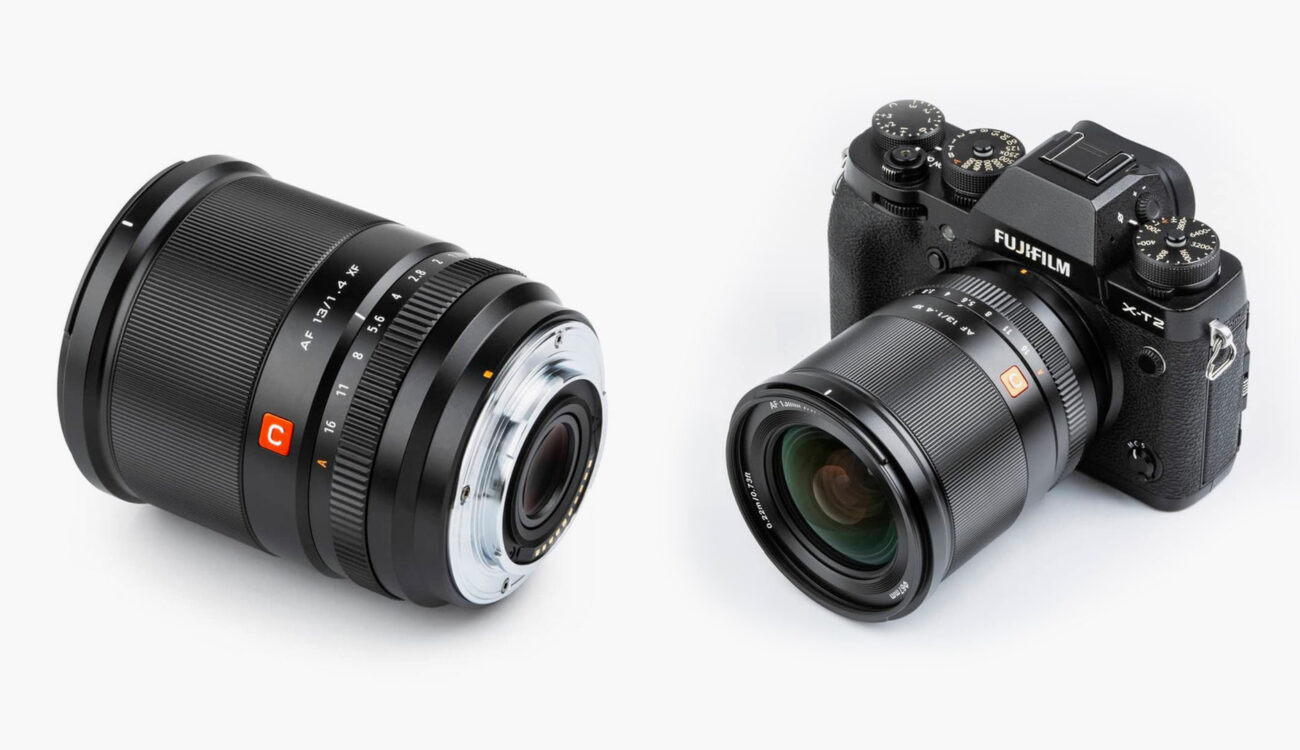 FUJIFILM opened its X-mount to third-party lens manufacturers in May 2020. This is good news for filmmakers and content creators as we recently saw a lot of new lens offerings from various companies like the Samyang AF 12mm F/2 X or the SLR Magic MicroPrime CINE 21mm T/1.6.

The Viltrox 13mm F/1.4 AF is a wide-angle lens compatible with every FUJIFILM X-Mount camera. With a weight of only 0.92lbs/420g and a length of 90mm, this compact and lightweight lens won’t take up much space in your camera bag.

As its name suggest, this 13mm F/1.4 AF features an STM focus motor, that is compatible with subject tracking in video mode. Also, the lens focus internally so it won’t extend/retract as you change focus.

The lens design of this 13mm F/1.4 AF consists of 14 elements in 11 groups. The aperture diaphragm consists of 9 aperture blades for smooth bokeh results. The front filter thread is 67mm, and the minimum focus distance is 22cm/8.66in.

According to the images, it looks like the lens is kind of weather-resistant thanks to some internal rubber gaskets.

What do you think about this new Viltrox wide-angle lens? What is your favorite wide-angle FUJIFILM X-Mount lens? Don’t hesitate to let us know in the comments below!

Would you volunteer 100 plus hours of your photographic services?