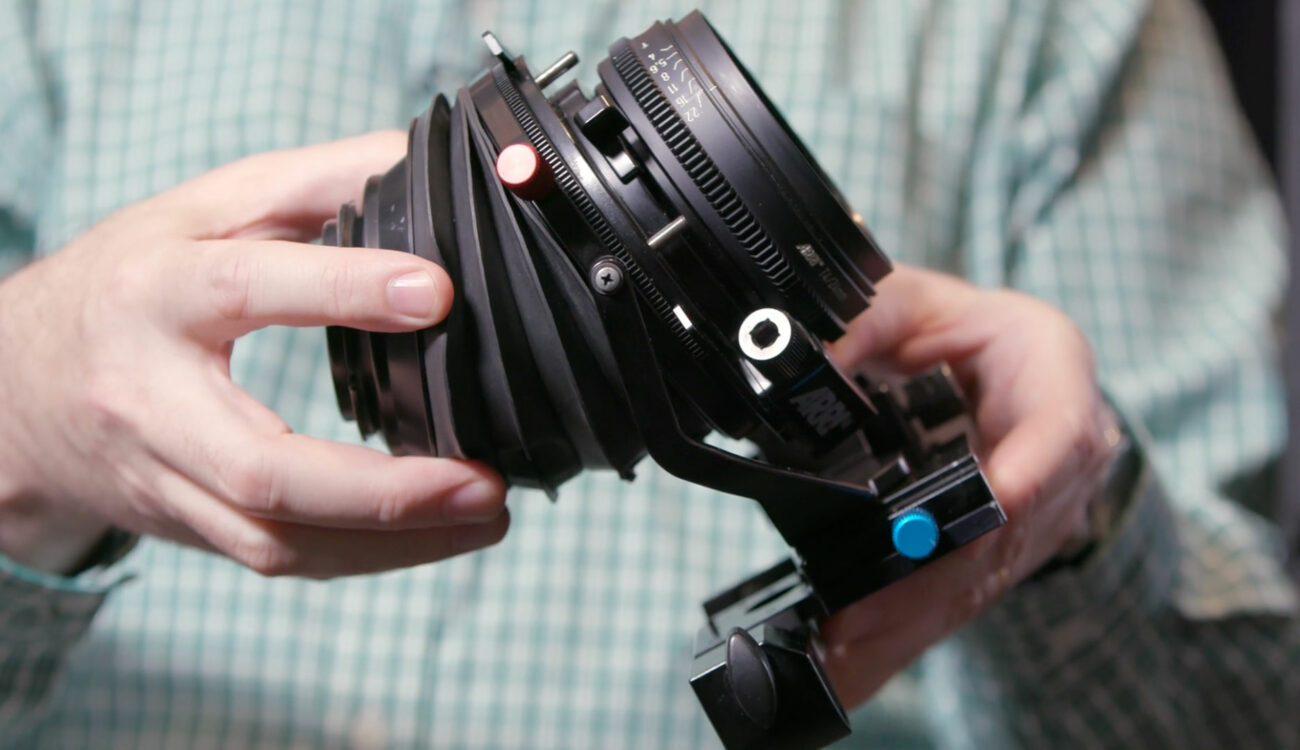 Now that we seem to have more than enough cameras to satisfy our filmmaking needs, it’s a good time to focus on lenses, and in particular specialty lenses. Let’s take a quick look at what you can do with a tilt-shift lens.

In “The Secrets of Optics” course on MZed, educator Mitch Gross dedicates a module specifically to specialty optics and adapters. The lesson on tilt shift lenses, or “shift and tilt” lenses as they’re sometimes called, goes into some detail about when it makes sense to reach for a lens that lets you manipulate the focal plane.

Getting started with tilt shift lenses

The immediate effect of this is you can change the depth of field to do things that a regular lens can’t do. As you move the tilt-shift lens around, you can get a unique look where only a part of the image is in focus and the rest falls off into a blur.

For close subjects, this makes for an interesting stylistic effect. Here’s a photo I took of my neighbor, using a Lensbaby Sol tilt-shift lens. There’s an almost radial look to the out-of-focus area around the subject.

From a filmmaker’s point of view, you can use a tilt-shift lens to shoot two subjects at an angle, while keeping them both in focus. Essentially, you’re arcing the front of the lens so that two subjects are both at a parallel angle of light.

A good use for this effect would be shooting a driver and passenger in a car, where your camera is placed at the driver side window and you want to have both subjects in focus, without stopping the aperture down to dramatically increase the depth of field.

One of the primary use cases for a tilt-shift lens is when capturing architecture or tall buildings. With a standard lens, the vanishing perspective lines will distort the building into a triangular shape. It’s especially noticeable for tall buildings.

But with a tilt-shift lens, you can modify the angle of the lens so that the image of the building squares up. The vertical lines of the building will run parallel to each other rather than pointing inwards.

In “The Secrets of Optics” course, Mitch goes into more detail about tilt-shift lenses, using some in-studio examples. To further demonstrate the effects, I shot some footage using a Canon tilt-shift lens on a Canon C300 Mark II. The Specialty Optics module also includes discussions on macro and anamorphic lenses.

One of the more popular ways to use tilt-shift lenses in video production is to capture wide scenes via time-lapse. The sped-up footage, along with only a small area being in focus, gives you the ability to miniaturize the world.

In this lesson of Philip Bloom’s Cinematic Masterclass, you can see a few examples of this effect. Philip recommends finding a scene where there are people, cars, boats, or other kinds of motion we expect notions of what we should see.

With a time-lapse set to take a few photos per second, you can still see the movement of people and objects but they look like they’re in a little toy box. This effect is even more pronounced when you shoot from a high perspective, looking down on the scene. It gives the viewer the feeling of looking down onto a world from far above.

No matter how far along you are in your filmmaking journey, there are still more lessons to learn about lenses in the Secrets of Optics course. From the history of lenses to the difference between photo and cinema lenses, to the real meaning of a “normal lens.”

As an MZed Pro member, you get access to nearly 300 hours of filmmaking education, plus we’re constantly adding more courses. For just $30/month (billed annually at $349), here’s everything you’ll get:

Do you use tilt-shift lenses in your photography or filmmaking? Add your comment below!

The Sims 4 Update 1.54 Brings in Some New Additions to the Game

How to watch Arsenal vs Wolves: Can you watch it in the UK?