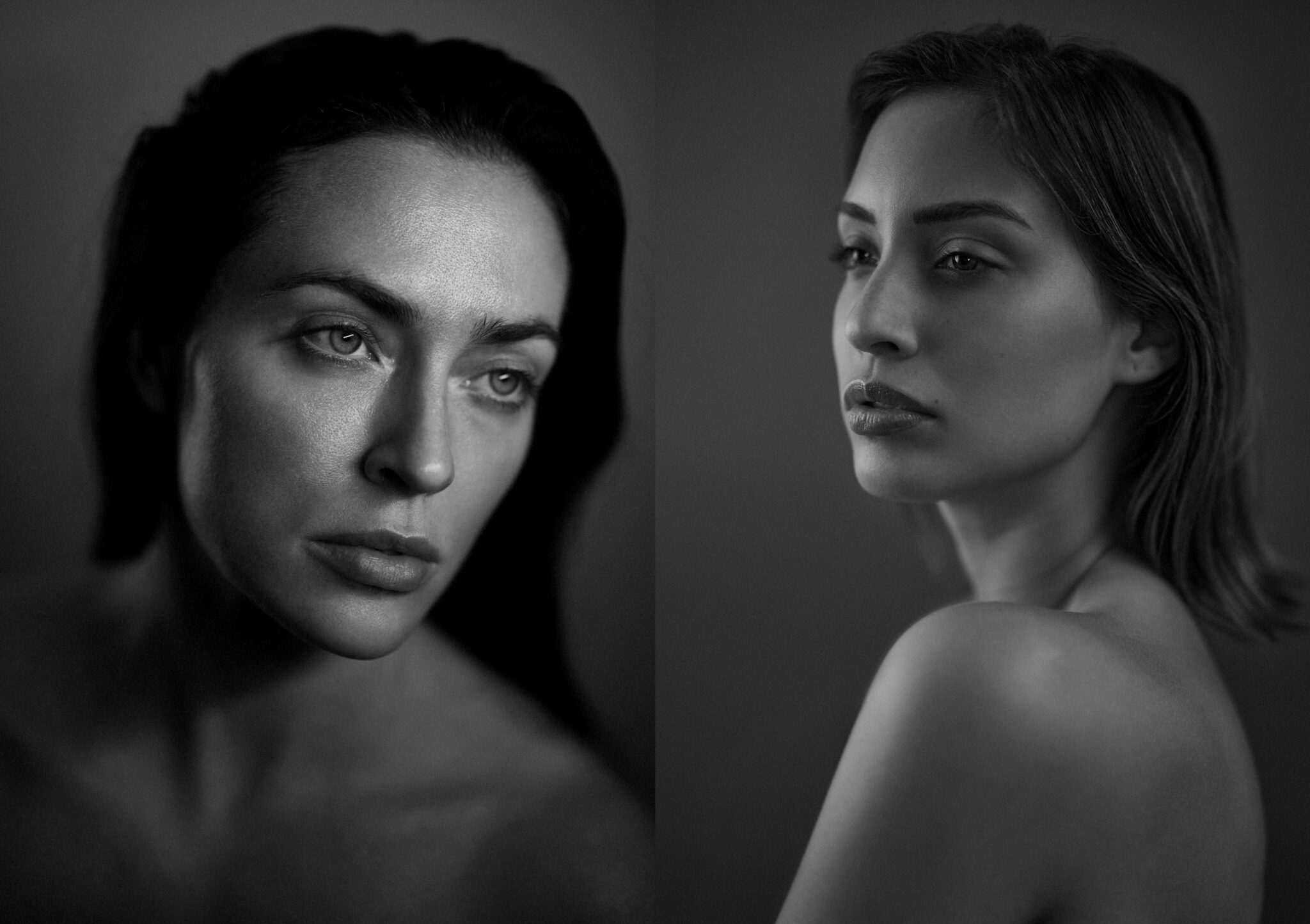 The name Pratik Naik is probably already familiar with you. He’s become a bit of a household name for image retouching and if you haven’t heard of his Infinite tools and Photoshop plug-ins yet I am going to assume that you either shoot film with a vintage camera and develop it yourself, or live under a rock somewhere off-grid. What you probably don’t know Pratik for, however, is his photography.

But he is in fact (kind of annoyingly) a very accomplished photographer with an artist’s eye. He let DIYP take a look at one of his latest personal projects that combine his love of black and white portraiture with retouching in his project titled ‘Fresh Faced Beauty’.

Pratik has been a professional retoucher for around 15 years now, and one of the things he loves the most is working on skin. He told DIYP that the idea for the project came about because of how frustrated he would get with retouching beauty images where heavy make-up obliterated the pore structure and naked beauty of the skin itself. His project takes experienced models who are used to sitting for a camera and photographs them make-up free. Something that Pratik says the models aren’t used to doing, and can take a little convincing and coaxing to help them feel comfortable.

I wanted to combine the things I loved most about photography and retouching into a project that I call Fresh Faced Beauty. I found that without makeup, my models felt exposed and they often used makeup during photoshoots to hide behind it. They told me that they’ve never done a shoot without makeup before and I wanted to show them their natural state is beautiful as well.

Pratik used a Canon EOS R with either an RF 50 1.2 lens shot at 1.4 and an RF 85 f/2 lens shot at f/2 to shoot the series, alternating between those lenses for both of the shoots. He tells us that the reason for choosing the shallow depth of field is merely for effect. “I truly love the fall off where it pulls focus in to certain areas to really pull the viewer into what I’m focusing on,” he says, “it adds to the story for me and is [down to] personal taste.”

Pratik continues to explain that he often likes to use the 50mm for portraits and uses the distortion to emphasize certain facial angles or expressions for added emotional effect. “I like using the 85 on some faces or angles based on how the composition holds up at various distances,” he continues, explaining that the angles of each person’s face work better with one lens or another depending on what expressions and poses they give him. He takes his time with each subject trying multiple lenses throughout to decide which he prefers the most.

Pratik tells us that he generally spends a “good deal of time experimenting with many lighting setups.” He explains that these images are primarily shot using continuous light.

“I love the immediate feedback of what constant (continuous) light gives me and how I know what I’ll be getting in camera,” he says. “It allows me to stay in the flow of the shoot and keep the momentum going.”

For the images of Kait Byce, Pratik used 2 Nanlite Pavotubes without any modifiers. He says that you can see the position of the main light reflected in her eyes. The accent light in the back was positioned vertically behind her shoulder. “I loved placing the main light horizontally,” says Pratik, “it created a very interesting falloff when you looked at it both top to bottom and left to right.” He says that the properties are not typical for portraits and so to him, it made it more interesting.

For the images of Mae Lia, Pratik says that he truly experimented and placed the lights in various positions. He used two deep white Elinchrom reflective umbrellas with Aputure 200x lights to achieve that particular look.

Obviously as Pratik is a professional retoucher he wasn’t going to let these images escape post-production! But he explained that what he primarily set out to do was to make the stills look like how he remembered them in person.

After every shoot I’d look at the images up close and think to myself, ‘I don’t remember most of what I am seeing here’. These are the things people focus on in the mirror under bad lighting and think everyone is looking at those little details. And as we know, the camera is even more detailed than what our eyes pick up when you zoom into a 50mp file.

Pratik says that he wanted to strike a perfect balance of being able to reflect a long-lasting memory but without changing who they are. He explains “I wanted them to see how I see them and how others do as well. Who we are to others depends so much of what gets registered in memory.”

Naik ultimately says that he loved the idea of going into a shoot without any real prep at all and seeing what he could make from it. “With the results, I loved being able to retouch bare skin and get something incredibly timeless. It felt so freeing not needing any wardrobe, props, makeup, or idea,” he tells us.

And the images are indeed of a timeless quality. For me they echo both old Hollywood, but also something much more recent and fresh, like some of the later work of Peter Lindbergh. There’s something refreshingly honest yet still incredibly beautiful about the images.

Pratik plans to continue this project to extend beyond models in the future.  You can see more of Pratik’s photography and retouching on his Instagram and his website.

Canon’s Quad Pixel Could Be the Next Big Thing