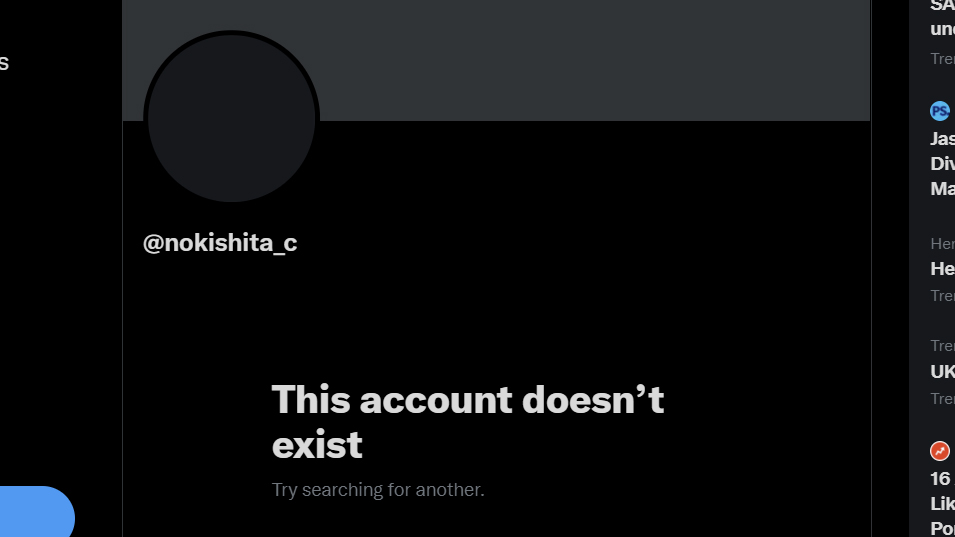 Serial leakers, Nokishita appear to have shut down their Twitter account. Not just no longer posting, but completely gone, history, no more. Given the error message of “This account doesn’t exist”, rather than something that specifically notes “Account Suspended” suggests that the move was made voluntarily.

Nokishita did previously announce that the Nokishita account may be deleted “one day”, shown in the Wayback Machine screenshot below, which was recently updated to the new year period and it looks like they’ve made good on that promise.

Nokishita used to run on a website which then made the transition to 100% Twitter a couple of years ago – after posting a similar announcement which ultimately became an Error 404. And more often than not, their leaks and rumours were 100% accurate, leading to many websites, including DIYP, citing them as the source of new information about yet-to-be-released products.

There’s no word on why the account disappeared, if we will ever find out why it has disappeared, nor if it will resurface one day – either under the same name or a new one – but the closure of the account does appear to have been a voluntary move by Nokishita.

Whatever the reason, there will likely be much fewer rumours coming about upcoming releases in the future.

At least for now, camera manufacturers might be able to breathe a tiny sigh of relief. Who knows, they may actually be able to start surprising us again.