TASCAM CA-XLR2d Audio Adapter for Canon, FUJIFILM, and Others – Available for Pre-order 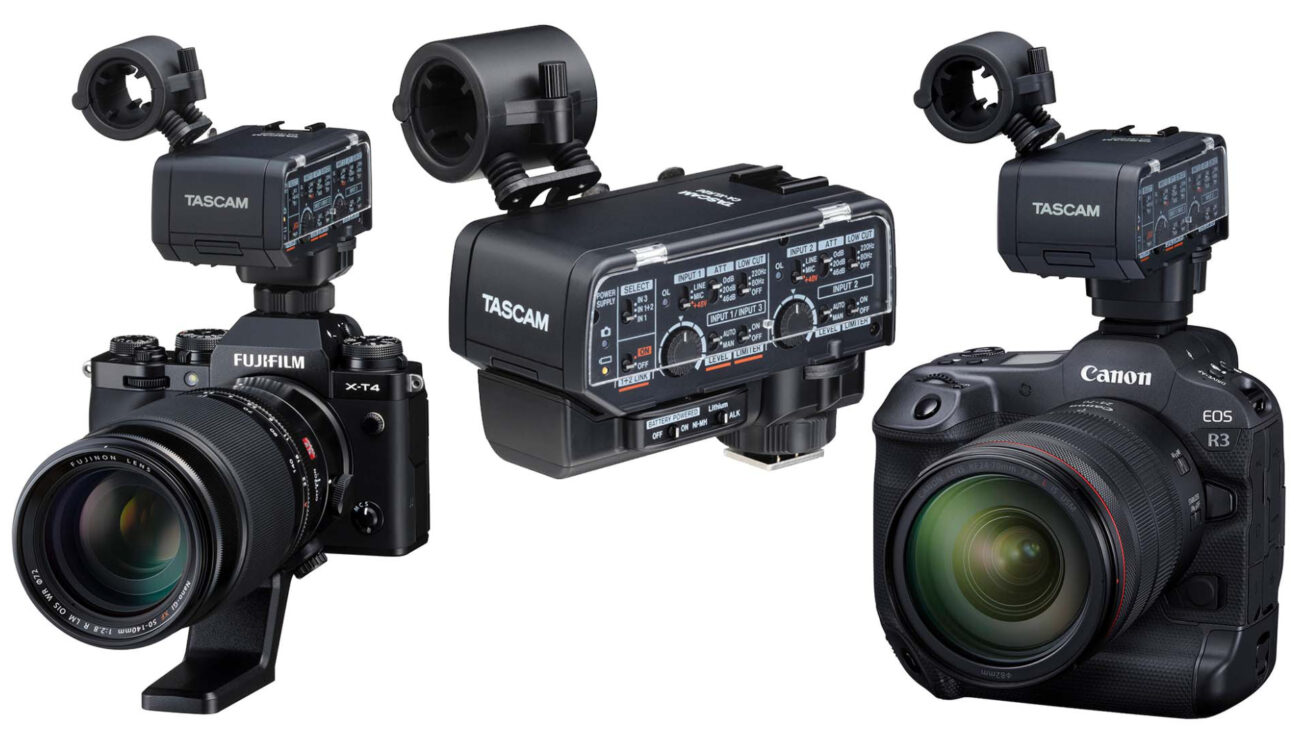 The TASCAM CA-XLR2d audio adapter is now available for pre-order. It offers two XLR inputs, high-quality preamps, a manual control panel on the side, line input, and more. Depending on which of the three models, it either communicates directly via hot-shoe with select Canon or FUJIFILM cameras or via the analog 3.5mm interface with all other cameras. The price starts at $449 and the ordered units should start shipping by the end of January 2022.

Back in August 2021, the Japanese TEAC Corporation – the company behind the TASCAM brand – announced the development of a very interesting device with a somewhat generic name. The TASCAM CA-XLR2d is a hot-shoe XLR audio adapter that equips mirrorless cameras and DSLRs with better audio capabilities. Now, the adapter has finally become available for pre-order, so let’s recap what we know.

There are three versions of the TASCAM CA-XLR2d adapter:

The “AN” version with an analog interface (which was planned and developed in collaboration with Nikon) can function with any camera that has a 3.5mm audio input, but it needs to be powered by two AA batteries (in a dedicated battery box) and obviously, it needs to be connected to the 3.5mm input with a cable. The advantage of using the adapter as opposed to a simple 3.5mm-equipped-microphone are two XLR inputs, better preamps, manual controls, line input, and more.

The other two types are even more interesting in my opinion. They work completely cable-free as they draw power and communicate directly via the hot-shoe interface of supported cameras. We have seen Panasonic and Sony offering this solution for years and I am happy to now see a similar solution for Canon and FUJIFILM cameras as well.

The “C” and “F” versions of the XLR adapter will not work with any camera apart from the two above-mentioned manufacturers though. The only cameras that support the direct multi-accessory shoe communication at the moment are:

The TASCAM CA-XLR2d is available for pre-order now. The price has been set to $499 (around €640 plus VAT in Europe) for the “C” and “F” versions with the multi-accessory shoe communication for Canon and FUJIFILM. The “AN” version with the analog interface for all other cameras will sell for $449. The shipping should start by the end of January 2022.

Do you use any of the supported cameras for your video work? What do you think about the TASCAM CA-XLR2d audio adapter? Do you have experience using XLR adapters with Sony or Panasonic cameras? Let us know in the comments section underneath the article.