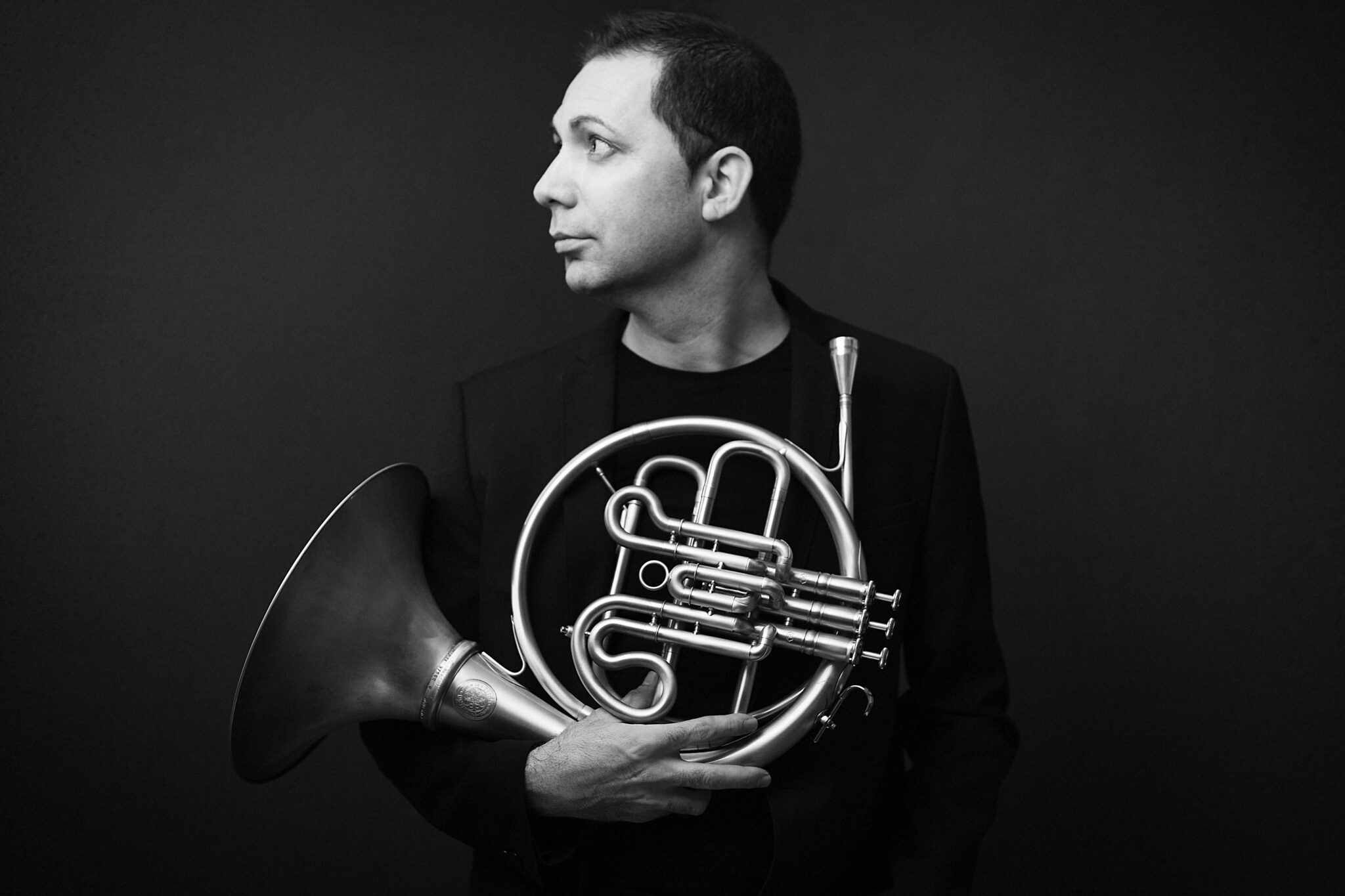 If you shoot portraits at all I can almost guarantee that you’ll get asked at some point by a musician to have some images taken. Whether you’re a professional or an amateur it doesn’t seem to matter. Musicians are generally hungry for photographs and need a constant carousel of images for their publicity and social media.

However, it’s not always that straightforward to take a great shot of a musician. And generally, they don’t just need action shots of them playing, they need a mixture of headshots, shots with the instrument, full-body shots, atmospheric shots, and often shots that would work on an album cover, even in today’s age of digital music downloads. In this video, musician and photographer Pete Coco gives his tips for taking awesome photos of musicians.

Now like Pete, I’m also a musician, have a music degree and have been playing and performing since the age of 6. Music was in fact, the reason I got into photography in the first place. From filling up the free time while on tour to taking promo shots for my colleagues and friends it was a very gradual transition from being a full-time musician to becoming a full-time photographer (with a lot of hard work and study no less!). I have continued to photograph and film musicians to this day, so I was very curious to hear what Pete had to say.

This is a pianist. There was no need to include the piano in every shot as it’s such a large instrument we wouldn’t see her face well enough.

Pete says he always begins with headshots for both artistic and practical reasons. Pete says that concentrating first on just the face helps him to figure out which angles they look good from, and he can coach them on expression. Unlike actors and models, musicians are generally rather uncomfortable in front of the camera. They do need the confidence boost of a little (or a lot!) of direction from the photographer. Singers are oftentimes a little better at knowing how to act in front of the lens because much of their work involves a degree of acting. But generally, I find that musicians are like photographing anybody in this respect.

Pete also says that many musicians don’t have a good headshot of just their faces. It’s something that’s often missing. They usually have images of them holding their instruments which naturally then need to be somewhat pulled back to fit that in. Then when they need a headshot for a thumbnail in a program they are missing it.

In this image, I wanted to tell more of a story about the group, rather than just having a traditional group shot.

Pete argues that it’s somewhat irrelevant whether your subject plays the bass, or plays the flute. What matters is that primarily they are an artist. Many artists actually have more than one creative outlet, and musicians are no exception to this. Many are not just performers of one type of music but play several genres. Some play multiple instruments, some compose music or arrange or are involved in video and electronic mediums. It’s no different from visual art, so you should represent this accordingly, and not just have every photograph be about the instrument, but about the artist.

The instrument is not a prop

I wanted to show a sense of movement, a ‘walking bassline’ so to speak!

What does Pete mean by this? Well, the instrument should be an integral part of the composition and not just a prop. He says it should have equal status to the musician and neither become more or less important. It’s a delicate balance to strike, and something that I’ve spent years trying to get right. The other tricky thing is getting the instrument to look natural if it’s being held by the musician. The best way I’ve found is to just get them to pick it up in the most natural way that they usually do, and then you can make minor small adjustments from there.

It’s incredibly important that you let the musician interact with their instrument in as natural a way as possible, especially if they are playing it. Great attention to detail is placed on seemingly small details for example embouchure and how string players hold the bow. If you make adjustments to these things then you could run the risk of making an experienced musician appear like a beginner.

The other thing that I do is I make sure I never pick up or touch the instrument. These instruments are often very old, very fragile, have been made specifically for the musician, and often are incredibly expensive. I treat them a bit like I would if I was photographing a newborn baby! Early on in my career, I made the mistake when making a video for a string quartet of asking the members to do fun things like riding a bike with the violin (in a case) on their back or taking a cello onto a boat. It wasn’t until afterwards that I discovered that the instruments were on loan to the musicians and collectively worth $3 million! I certainly won’t risk making that mistake again and can’t afford the liability if anything bad happened.

You cannot see the whole instrument in this shot but the focus is clearly on the face and the joy the musician has from playing.

Pete says because he’s primarily a headshot photographer he loves to get in close and focus on the face. I do think these images can be incredibly important and engaging, however, I would counter that there is a need for pulled back shots as well in a musician’s image gallery. But saying this, Pete does have a great point in that you don’t have to show the whole instrument all the time in every shot. Including a small portion of say a guitar or just the scroll of a cello still gets the idea across that they are a musician, and can help place the image’s focal point back onto the human subject.

You don’t need them to play the instrument

This artist is both a cellist and a singer. I wanted the cello to point directly to her mouth to illustrate that.

Pete is correct here, and often times playing poses look stiff and a bit weird. These might be better left to live performances or rehearsals. Often times a musician will contort their face when they are playing, or a singer will have a wide-open mouth (never the best look!). Other times they will move their body in such a way that just doesn’t make for a flattering photo.

Occasionally someone will ask for playing shots, and this is when you can push yourself to be a little more creative. How about a top-down shot over the keyboard for a pianist? Or a really low angle that makes the double bass look even more imposing? Or how about shooting outside at dusk under a street lamp?

It’s not every day you find a jazz french horn player. This was a nod to the NYC jazz greats.

This is a playing shot, but made more interesting from the unusual angle and the architecture of the roof. The acoustics were incredible!

One example that I had recently was for a harmonica player. The harmonica is perhaps the worst instrument to shoot while someone is actually playing it because it’s stuffed right up close to the face and both the face and instrument are completely covered up by the player’s hands. In the end, we used the amplifier as a prop and simply had the musician holding the harmonica in his hand in a casual kind of way.

Another trick that you can use if you want some artistic playing shots is to ask them to play things in a very slightly different way to create the effect that you want. Motion blur can look really great for drummers or string players, but you will need to take some time with them to experiment with the speed of movement and how far they are moving. You may need them to either limit or exaggerate the movement to create the desired effect. In this case, I would always show the images to the musician during the process to double-check that they are happy with how everything looks. It’s no different from photographing a ballet dancer, they know their technique and what looks appropriate in an image. Just ask them, they are the expert.

Fundamentally, it is an absolute privilege to work with other artists, and photographing musicians is a very special thing to do. You almost always get to hear some amazing music, often getting your own private concert in the process. I love to hear what projects they have coming up, where they’ve been performing lately, and any new inspiration they’ve had.

Professional musicians are like athletes, albeit with the small muscles of the hands, fingers and, depending on the instrument, lips and feet. It’s a hugely demanding profession, requiring hours of study and practice from a young age. It requires the focus of a golfer, combined with the accuracy of an archer, the stamina of a marathon runner, and on top of that the ability to let all of that go and be completely in the moment. It’s a wonderful thing to be able to show this dedication and strength in an image.

Huawei without Google in 2022: It works but why bother?