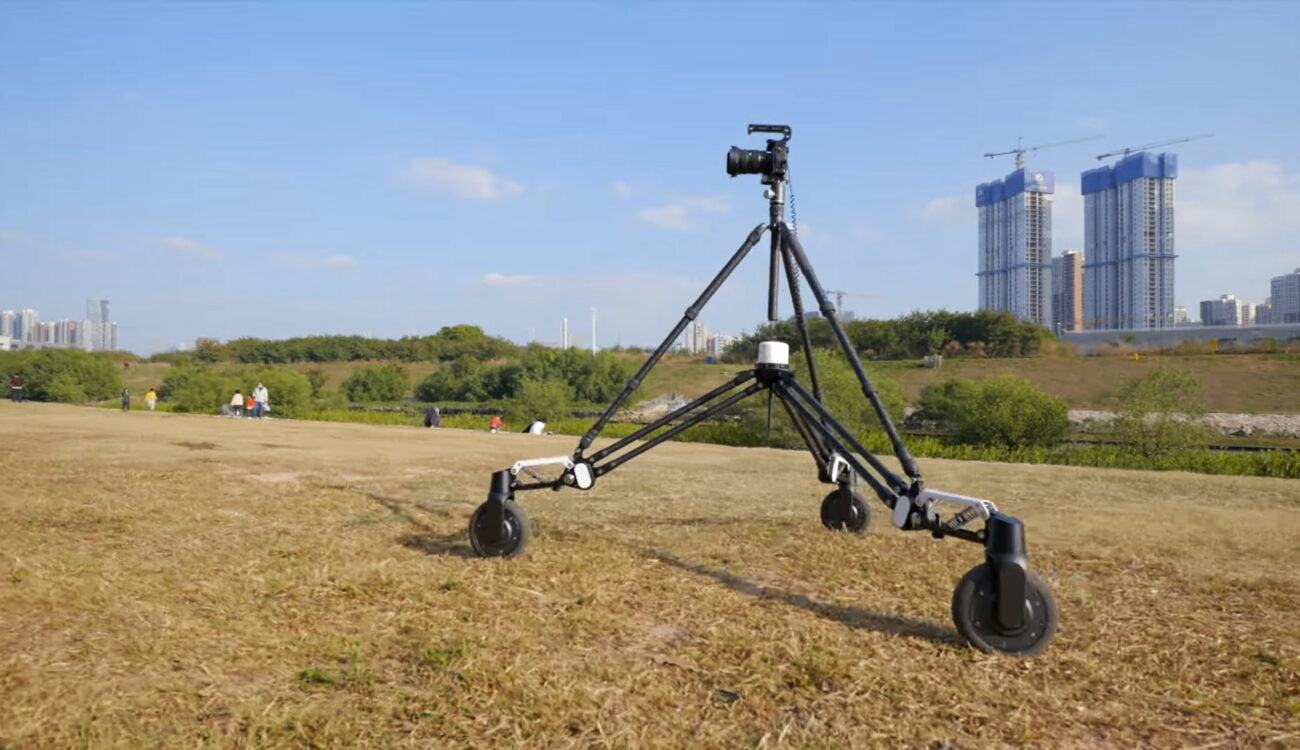 The electric tripod dolly system called Snoppa Rover is now available on Kickstarter. It offers a dampening system with gyroscope for stabilization, enough power to reach speeds of up to 30 km/h (18.6 mph), and a variety of smart features such as route planning, smart tracking, and so on. Until March 24, you can still back the project and get one Snoppa Rover dolly, the rewards are starting at $2,400.

Roughly a month ago, I wrote an article about a new prototype of an electric tripod dolly called Snoppa Rover. It aims to bring a lightweight alternative to other motion stabilizers such as gimbals, steady cams, drones, or standard cinema rail dollies. Back then, we did not know anything about its availability yet, but this changed recently. The team behind Snoppa Rover launched a Kickstarter campaign and I have to say the Rover raised an impressive amount already – over 600% of its goal. Let’s take a short look at the details of the campaign.

I will not dive too deep into the technical specs and features of the Snoppa Rover again as I mentioned everything in my previous article from January. Make sure to check it in case you missed it. To get a pretty good overview of what the Snoppa Rover can do, go ahead and watch the Kickstarter campaign promo video that Snoppa Tech put together.

The Rover is a motorized three-wheeled bottom spreader that can carry tripod and a camera up to 15kg (33 lbs). It can move in any direction, turn, and every wheel is stabilized via the built-in gyroscope and dampening system. The dolly can be programmed to move along the desired path or perform a variety of predefined moves. Snoppa Rover should also be able to power a camera or any accessory via USB-C and it should also provide wireless image transmission.

Snoppa Tech offers four different rewards that will get you either one or two Snoppa Rover dollies. The price starts at approximately $2,400 for one Rover or $4,400 for a bundle of two Rovers (Super Early Bird). If these rewards are sold out (there are currently only two pieces left of 155), then you can take advantage of the Early Bird offer. That will get you one Rover for about $2,600 or two pieces for about $4,800.

According to Snoppa Tech, the full retail price will be $3,599 per unit. The shipping is supposed to start in July 2022 and the company claims that all the prices have the tax included. Snoppa Tech will also provide 2-year warranty for the Rovers.

We are saying this at the end of every crowdfunding-related article: Please be aware of the risks when backing a project on a crowdfunding platform. Please read the platform’s terms of use and keep in mind that there can be significant delays when delivering the product. Some projects even don’t get delivered at all.

Do you use some kind of dolly for your dynamic shots or do you do everything with gimbal? What do you think about the Snoppa Rover? Let us know your thoughts in the comments section below.

Get a free Samsung Galaxy S22 with any Unlimited AT&T plan!