Xiaomi is gearing up to launch its global Redmi Note 11 series on January 26. The Redmi Note 11 series isn’t new for Chinese customers, after all, the company unveiled three smartphones in the country a few months ago. Now, it is gearing up to launch new Redmi Note 11 smartphones for the global market featuring 4G and 5G networks support. Today, the Redmi Note 11 had some of its specifications revealed. The leaked details included design renders of the smartphone as well as its key specifications. Unlike previous claims suggesting the Helio G96 SoC, it seems that at least this variant will pack the Snapdragon 680 SoC.

The Redmi Note 11 will arrive as the perfect sequel for the non-Pro Redmi Note 10. After all, the last year’s model had the Qualcomm Snapdragon 678 SoC. This chipset disappeared along with the smartphone amidst the crisis in the semiconductor industry. Now, both will be replaced with the newer smartphone and the Snapdragon 680 SoC. To those unaware, this chipset uses the fancier 6 nm architecture and was unveiled by Qualcomm in the last year. The GPU is the Adreno 619 which can also be found on chipsets like the Snapdragon 730 and 732G. 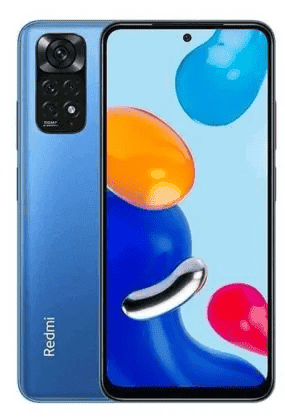 The Redmi Note 11 will also come with a 6.4-inch Full HD+ AMOLED display. This time around, Xiaomi will combine AMOLED with a 90 Hz refresh rate. This was one of the missing features in the last year’s model. The panel will come with a centered punch-hole for the 13 MP selfie snapper. Moving around to the back, we have a Quad Camera setup. The primary snapper, as confirmed by the leaked renders, is a 50 MP unit. The device will also come with an 8 MP ultrawide snapper, a 2 MP depth sensor, and a 2 MP macro shooter. 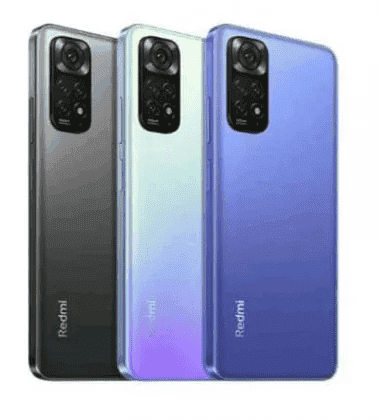 According to tipster Yogesh Brar, the phone will also pack a 5,000 mAh battery with support for 33 W fast-charging. In terms of software, it will run Android 11 with MIUI 13 running on top. That probably is the major disappointment in the device. Apparently, Xiaomi didn’t find enough time to unveil these smartphones with Android 12. We expect this update to come in the next few months after the launch.

The basic model will pack 4 GB of RAM and 64 GB of Internal Storage. Thankfully, this variant will bring a micro SD card slot for further memory expansion. That may count in favor of Redmi in some countries like India. After all, one of its biggest competitors – Realme – is dropping microSD support in the upcoming Realme 9 series. There will also be a variant with 6 GB of RAM and 128 GB of Internal Storage. We assume Xiaomi will also bring some sort of virtual RAM feature for these devices.

We also expect stereo speakers on this device, maybe with JBL tweaks like the Chinese variants.