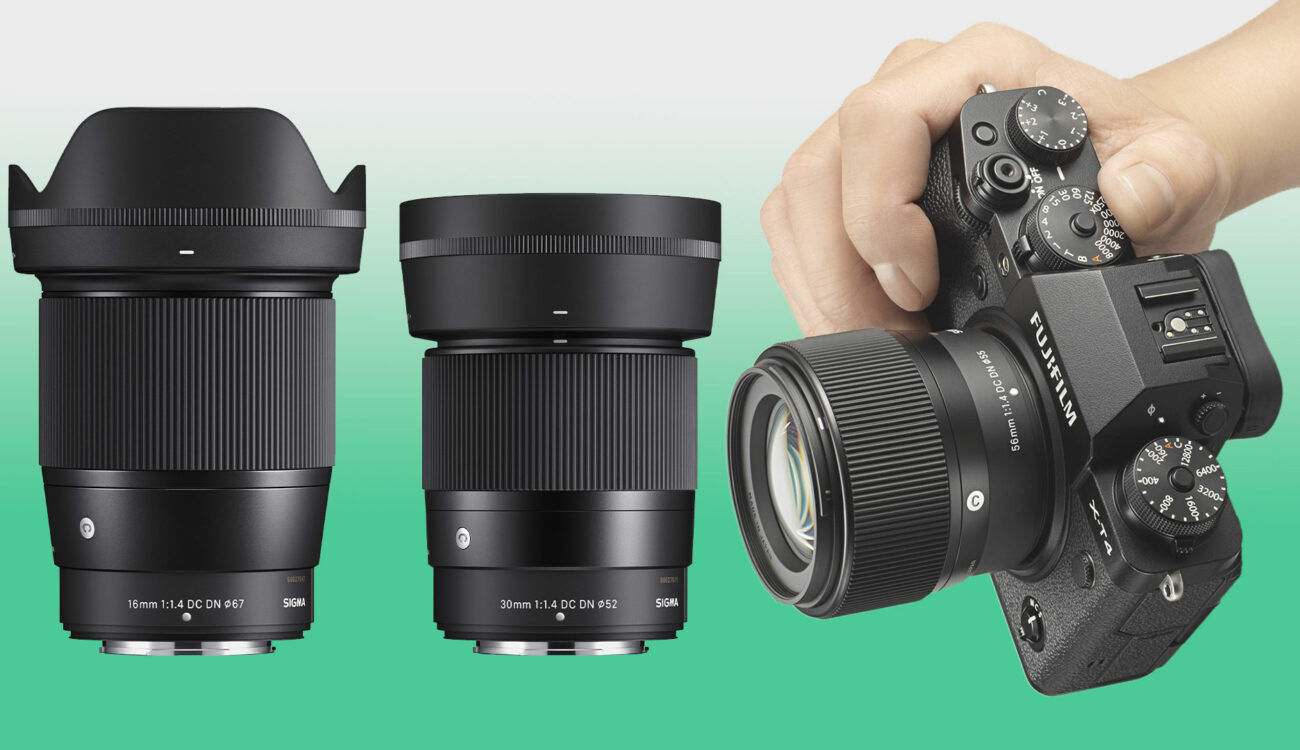 The first-ever SIGMA X-mount lenses have been announced. The SIGMA 16mm, 30mm, and 56mm f/1.4 Contemporary APS-C prime lenses have been ported for FUJIFILM mirrorless cameras. All three lenses can be pre-ordered now starting at $339.

The popular trio of lightweight, compact, and affordable SIGMA APS-C prime lenses already exists for Sony E-mount, Canon EF-M mount, Micro Four Thirds mount, and L-Mount. Today, the Japanese camera and lens manufacturer introduces the X-mount version of these three lenses. This is the first time ever, that we see SIGMA lenses with a native FUJIFILM X-Mount. Let’s take a look at the details.

The three lenses that are now coming to FUJIFILM cameras are the following models:

These lenses have gotten fairly popular over the years for their combination of fast aperture, lightweight and compact design, and a relatively friendly price tag. They do not have optical stabilization, but that should not be a problem for FUJIFILM cameras that have IBIS, such as the X-T4, or the X-S10. All three lenses have a 9-blades rounded diaphragm and the aperture is available between f/1.4 and f/16.

The weight of these lenses lies between 275g and 405g, depending on the model. Unfortunately, they do not offer the same dimensions or front filter thread size.

According to SIGMA, the control algorithm including AF drive and communication speed optimization has been developed specifically for X-mount interchangeable lenses. In addition to realizing high-speed AF, the lens also supports AF-C (Continuous AF) and in-camera aberration correction (for supported camera bodies). The mount is rubber-sealed to cater for use in a variety of environments.

SIGMA further said that it will offer a mount conversion service for these three lenses so that other mounts can be converted to X-mount. There is no information yet about the price of the service and where it will be available.

In the press release, the company also claims that the lineup of SIGMA X-mount lenses will expand in the future, so we can probably look forward to more models being ported for FUJIFILM cameras. It would be nice to see, for instance, the SIGMA 18-50mm f/2.8 DC DN contemporary lens being ported for X-mount. What do you think?

All three lenses can now be pre-ordered. The price has been set to $449 for the 16mm lens, $339 for the 30mm model, and $479 for the 56mm. Interestingly, these prices are slightly higher than what these lenses currently cost for other mounts.

Do you use these SIGMA prime lenses on other mounts already? Will you consider getting these for your FUJIFILM camera, or do you prefer FUJIFILM primes? Let us know in the comments section underneath the article.