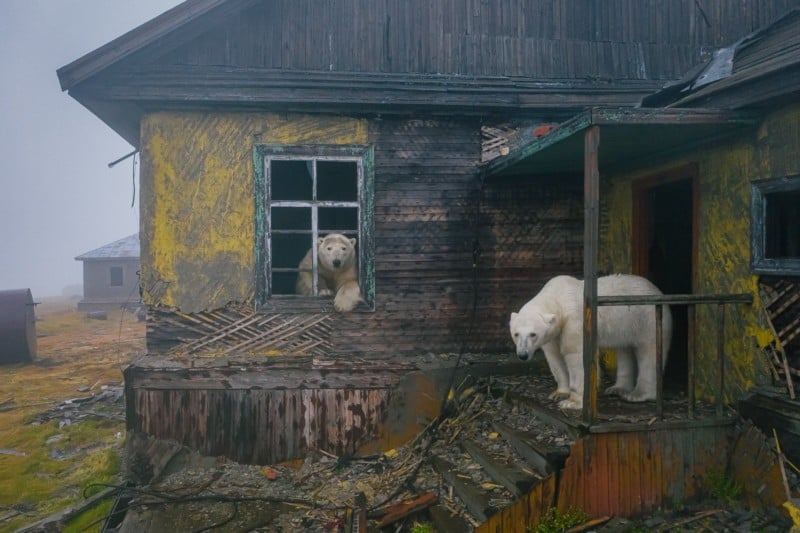 A Russian photographer has captured a fascinating series of photos showing polar bears that have taken over the abandoned buildings of a meteorological station on an island between Russia and Alaska.

In September 2021, photographer Dmitry Kokh traveled through islands in the Chukchi Sea, a marginal sea of the Arctic Ocean that sits between Russia and Alaska.

“Being the farthest and most Eastern part of Russian Arctic, this place is very hard to get but also difficult to forget,” Kokh writes. “We traveled by the sailing yacht along the coast and covered more than 1,200 miles of untouched landscapes, villages lost in time, spots with various fauna and seas full of life.”

Kokh was on a personal mission to photograph polar bears, and his expedition originally focused on Wrangel Island, which is world-famous for being a place to encounter the bears. In 2021, however, possibly due to the very cold summer, the island was devoid of its typical polar bear population.

“But nature always sending you something when you least expect it — when we passed through the Kolyuchin Island near the Northern coast of Chukotka, we saw some movements in the windows of the abandoned windows there,” Kokh says. “And when we got close — those were bears!” 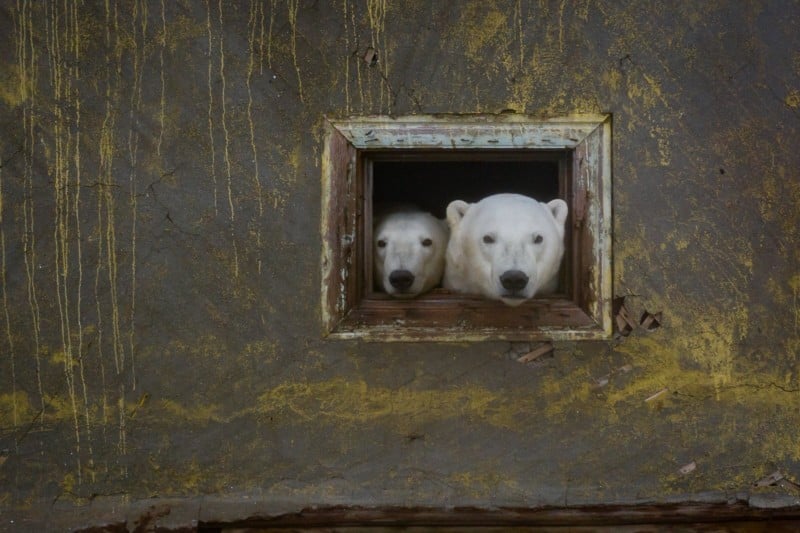 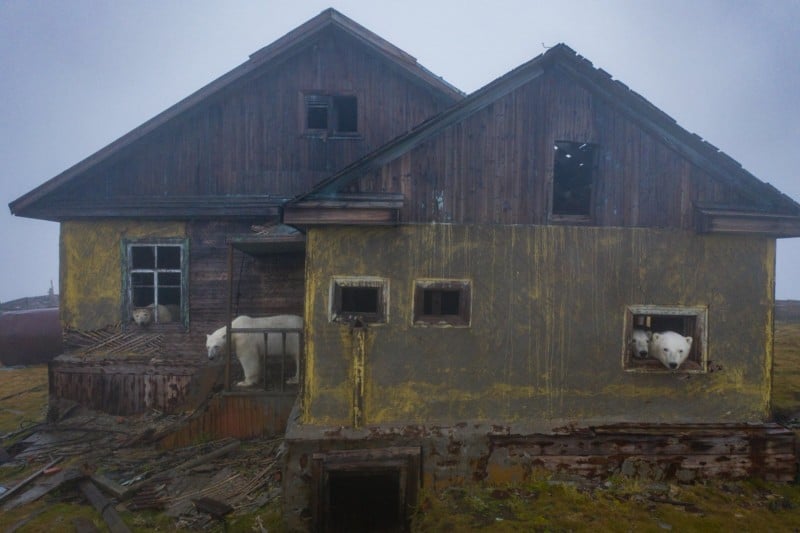 The photographer says that polar bears have never been observed in the abandoned buildings of the weather station on the island, which was built in the 1930s and abandoned in the early 1990s. He calls the encounter a “once-in-a-lifetime situation” that he was able to capture with “technology and a little bit of magic,” according to DIYPhotography.

Kokh managed to capture close-up photographs of the polar bears roaming inside and outside the run-down structures. Some of the bears would casually look out the windows at the photographer when they noticed him around. 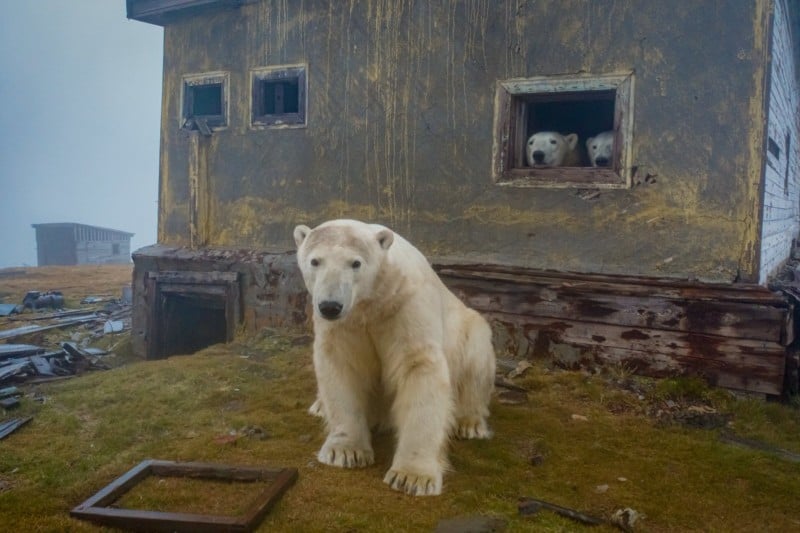 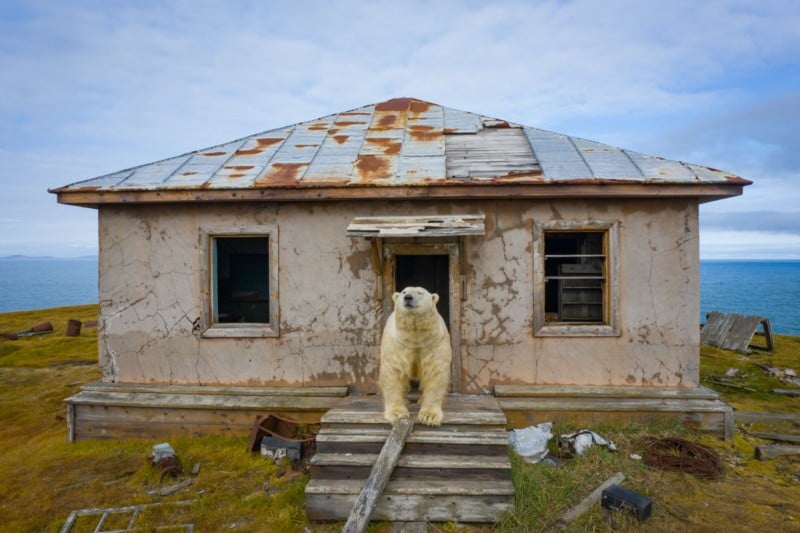 “[A]bout nine months a year the sea around the island is covered with ice,” Russia Beyond writes. “There are no residential settlements on Kolyuchin Island (although archeologists established that these places were inhabited 1,500 years ago).

“In 1934, Soviet scientists built a polar station of the Northern Sea Route here. It functioned until 1992, when it was closed. The island was then abandoned.”

One of Kokh’s photos from his series, which shows a polar bear leaning out of a broken window, won the prize for “Best Image of Wildlife in an Anthropogenic Environment” in a 2021 Russian photography contest organized by National Geographic. 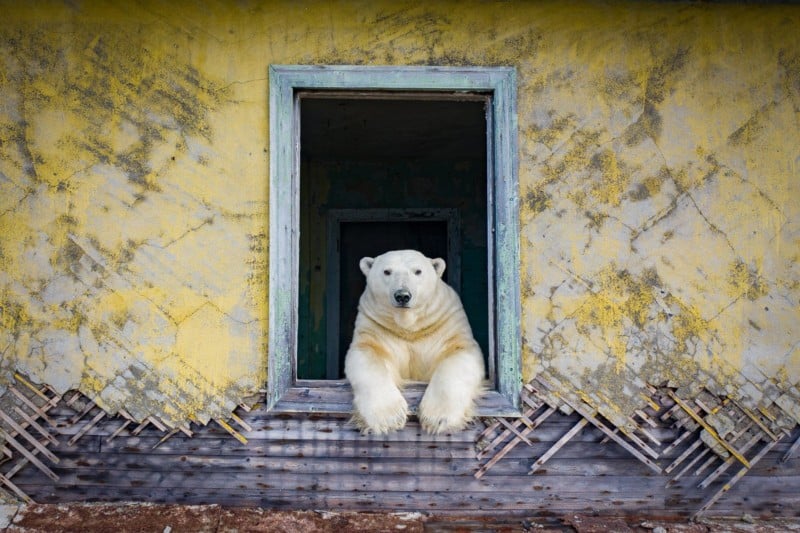 It seems the polar bears on the island are now happy to have the land and abandoned settlements entirely to themselves. 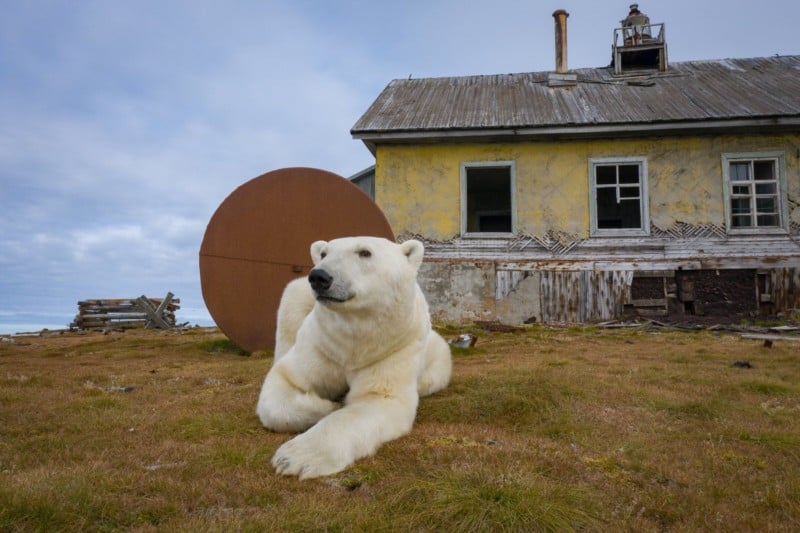 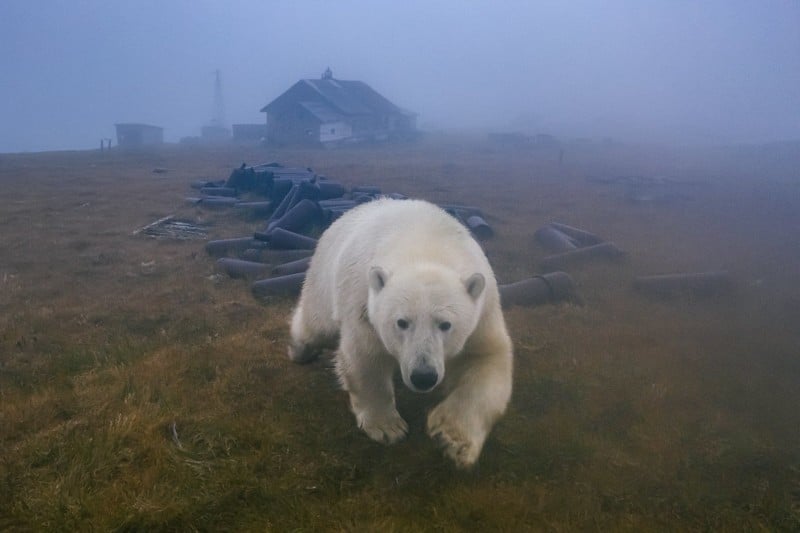 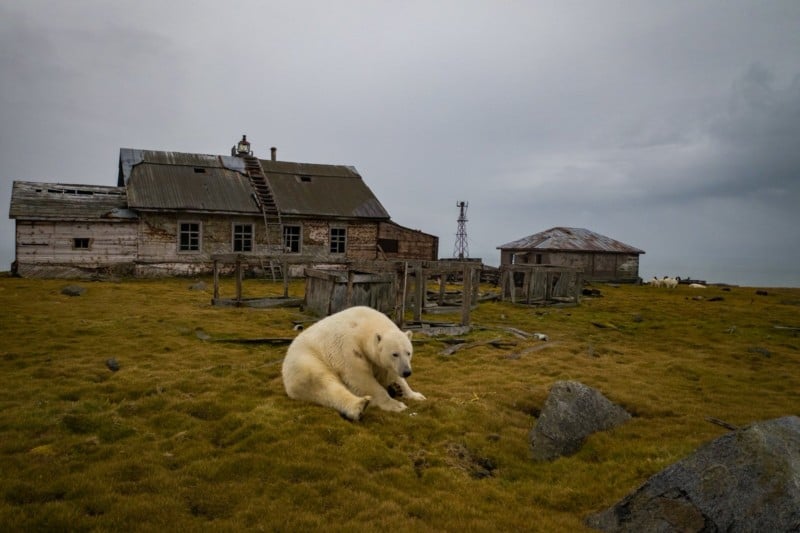 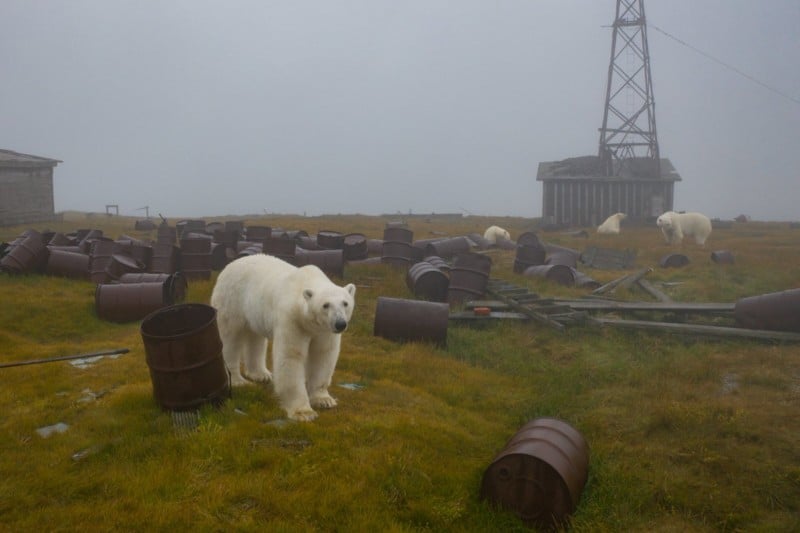 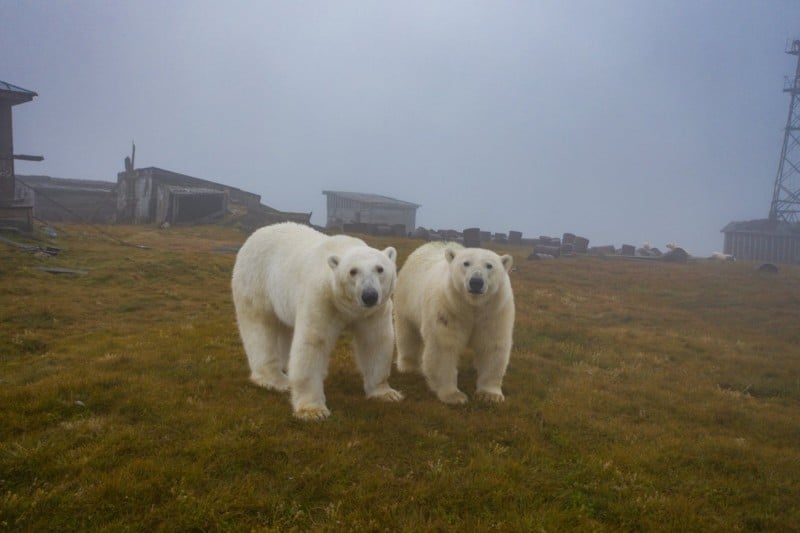