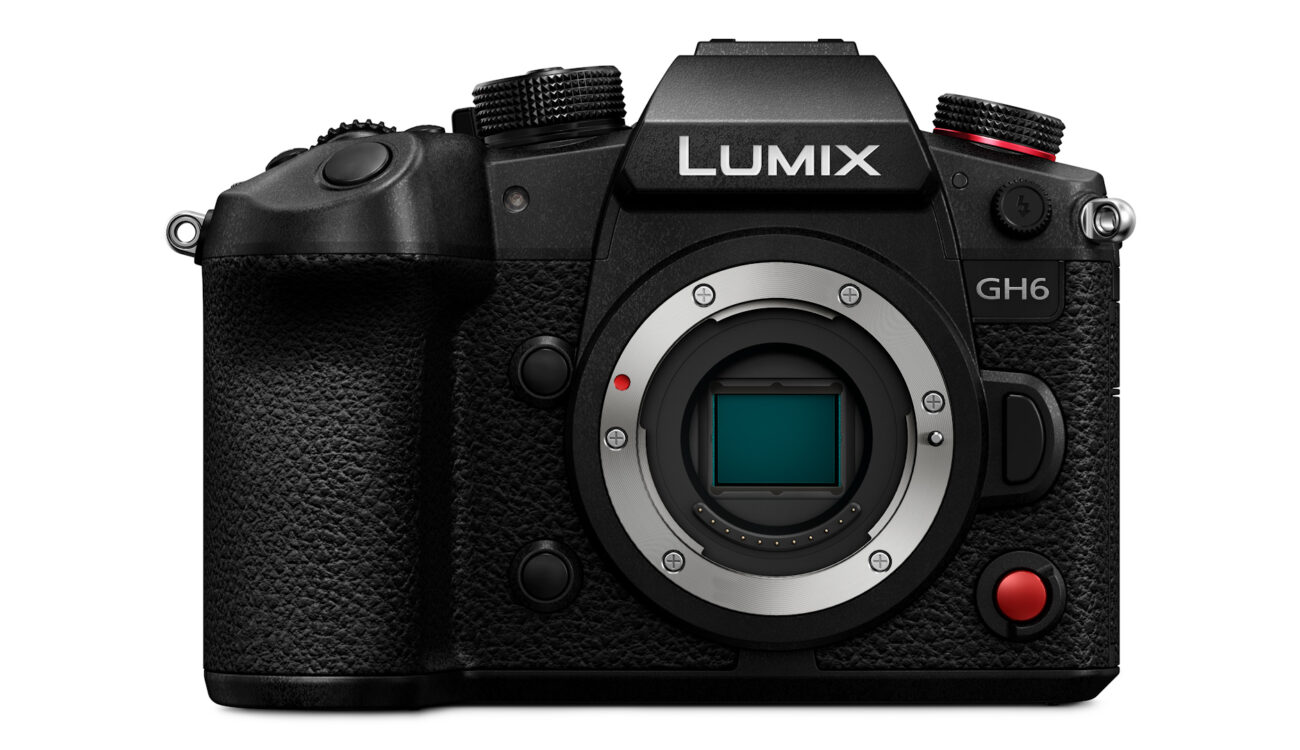 The long wait is finally over. Over five years passed since Panasonic released the LUMIX GH5 in the spring of 2017. Sure, Panasonic did not completely neglect the Micro Four Thirds line after that – we got the “MFT lowlight king” GH5S in 2018 (check our review here), the box-shaped BGH1 in 2020 (check our review here), and last but not least, the slightly improved LUMIX GH5 II in 2021.

The one new camera that MFT shooters have been eagerly waiting for, the new LUMIX GH6, however, did not come last year as promised by Panasonic. Apparently, the Japanese company needed to fine-tune some things first to make sure the GH6 delivers on (or even exceeds) expectations. Well, the camera is finally here and I am happy to see that after introducing the full-frame LUMIX S line back in 2018, Panasonic still remains fully committed to the Micro Four Thirds line too. Let’s dive into the features and specs of the new Panasonic LUMIX GH6.

First of all, the LUMIX GH6 uses the newly developed 25.2MP Micro Four Thirds image sensor with AR coating and a new Venus Engine image processor. The sensor does not have a low-pass filter and Panasonic claims that despite the higher resolution, the sensor should have a higher dynamic range. The base ISO is 800 (2000 in V-Log & HLG profiles). The faster processor enables higher readout speeds for less rolling shutter, higher frame rates, and faster AF.

The 5-axis IBIS can provide up to 7.5 stop shake compensation and it supports Dual IS with select lenses. Additionally, the GH6 has a gyro sensor to help with the sensor stabilization. For photographers, there is a new 100MP high-resolution mode even when shooting handheld. With the electronic shutter, the camera can achieve up to 75fps AFS burst shooting.

Now, it gets really interesting as video specs have always been the strongest field of the GH series cameras. Internally, the LUMIX GH6 offers up to 5.7K 60fps 10-bit video, a wide range of anamorphic modes, as well as internal Apple ProRes 422 recording. The following framerates and resolutions are available:

The 4K and lower resolutions are mostly available in either LongGOP H.265/H.264 or the ALL-Intra H.264 codec. The good news is that it seems that all the recording modes will not have any time limitations. The camera can also simultaneously output video signal over HDMI and record internally in up to DCI 4K 60fps in 10-bit 4:2:2. The raw video output over HDMI up to 4K 120fps will be unlocked with a future firmware update though.

When it comes to dynamic range, Panasonic claims the GH6 can achieve 12+ stops or 13+ stops with a dynamic range boost mode turned on. This is, of course, only true when recording in the V-Log picture profile. Please stay tuned to CineD for our upcoming Lab Test to know how the image holds up in the real world.

For anamorphic shooters, on top of the 4:3 shooting modes, Panasonic offers support for 1.30x, 1.33x, 1.5x, 1.8x, and 2.0x squeeze ratio lenses. You can choose the rate of de-squeeze for the display and you can also choose the rate for an optimal image stabilizer.

Newly, you can load any .cube LUT file into the camera for monitoring. Of course, the LUMIX GH6 still includes all the video assist features known from other LUMIX cameras such as waveform monitor, vectorscope, luminance spot meter, and so on. Focus transition enables setting multiple positions on the screen and then letting the camera pulls focus between them. A really useful new feature for manual focusing is the ability to enlarge a portion of the screen during video recording to check and eventually adjust the focus. When it comes to audio, when attaching the Panasonic DMW-XLR1 unit to the GH6, you get 4 channel audio (with ProRes or HDMI output only).

Another great feature is the ability to change focus ring control for select Panasonic lenses between non-linear and linear so that you can use follow focus. It will even be possible to set the focus throw up to 1080° for maximum precision when focusing manually. Last but not least, the GH6 supports timecode input/output via the flash synchro socket and Panasonic even includes a BNC conversion cable with the camera.

Perhaps the biggest complaint about Panasonic cameras in recent years was the poor autofocus performance (when compared with Canon or Sony cameras). Panasonic claims they really worked on this and the GH6 now offers an advanced DFD AF with 315-area and face/eye/head/body/animal recognition.

The camera body weighs 823g (including a battery and a memory card) and its dimensions are 138.4 x 100.3 x 99.6mm. The body grew a bit in size when compared with the previous GH cameras mostly because of the active cooling system with a built-in fan. Panasonic also included a pinhole for anti-rotation pin at the bottom of the camera next to the tripod thread.

The OLED viewfinder has 3680k dots and offers 0.76x magnification. The 3.0” LCD touchscreen display features the same tilting mechanism as the LUMIX S1H – it can be rotated freely and additionally opened to not get in the way o the connected HDMI connector. Although the GH6 has an active cooling system with vents (same as S1H), the camera body is still dust, splash, and freeze resistant.

There are two memory card slots – one slot for CFexpress Type B cards and one slot for SD UHS-II cards. Some video recording modes such as 5.7K ProRes are limited to CFexpress only as the SD cards are too slow to cope with the huge bitrate.

The full-size HDMI 2.1 port supports up to 4K 120fps. The USB 3.2 Type-C connector supports USB-PD (power delivery) for charging while operating. There are two 3.5mm jack connectors for microphones and headphones. Just like the S5, the LUMIX GH6 uses the DMW-BLK22 2200mAh batteries that should provide up to 380 photos on one charge. New in the LUMIX GH line is a tally light (front & rear). Wireless connectivity is provided by Wi-Fi 5GHz and Bluetooth 5.0 via the LUMIX Tether app. The camera menu should also offer more customizability for faster navigation.

Panasonic already mentioned some features that will be unlocked with a future firmware update. These include (but are not limited to) the following:

Panasonic did not yet disclose when exactly we can expect this update.

Panasonic LUMIX GH6 is now available for pre-order as body-only or in combination with either the LUMIX 12-60mm f/3.5-5.6 or the LEICA DG VARIO-ELMARIT 12-60mm f/2.8-4. Starting from $2,199 for camera body only, expect the camera to be delivered around the middle of March.

Do you use Micro Four Thirds cameras or lenses for your work? What do you think about the new LUMIX GH6? Are you going to upgrade to that camera? Let us know in the comments section below.