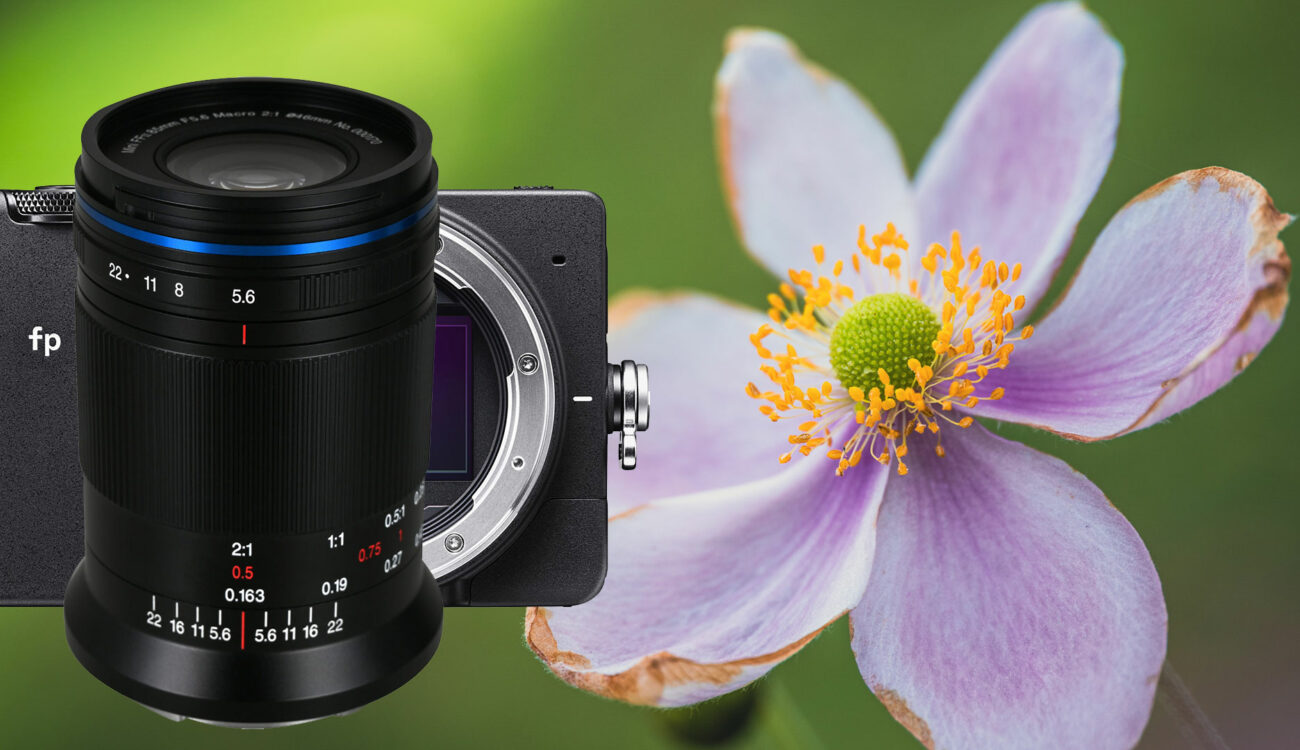 After being released for Canon RF, Sony E, Nikon Z, and Leica M mirrorless mounts last November, the Laowa 85mm f/5.6 2x ultra macro lens now gets an L-mount version for the users of Leica, Panasonic, and SIGMA full-frame cameras. The lightweight and compact macro lens is now available for $449.

Back in November 2021, Venus Optics released the full-frame Laowa 85mm f/5.6 2x ultra macro lens for select mirrorless mounts – Canon RF, Sony E, Nikon Z, and Leica M. Back then, many users were asking why this lens does not come in Leica L mount to accommodate the L-mount alliance cameras as well. Well, Venus Optics listened and just released the lens for L-mount. Let’s recap some of its most interesting features and specs.

Perhaps the most interesting feature of this lens (other than the 2x macro capability) is its size. Venus Optics really focused to keep the dimensions and weight at a minimum. As a result, the Laowa 85mm is the smallest full-frame 2X macro lens according to Venus Optics. To achieve this, the maximum aperture had to be reduced from a standard f/2.8 to f/5.6 so the lens is not as fast as other full-frame macro lenses. To be honest, though, macro photographers are usually not after a fast lens anyway and mostly don’t shoot wide open as the depth of field is already too thin with macro anyway.

With the new L-mount version, users of Leica, Panasonic, and SIGMA cameras can now also use this tiny lens. It looks especially cool paired with the tiny SIGMA fp and fp L cameras. There is a 46mm front filter thread on the fully manual lens and it also has an internal focusing system so it does not extend when focusing and it keeps the dust from entering the insides. For more information and specs, check our initial article from November 2021.

Do you use macro lenses for your work? What do you think about the Laowa 85mm f/5.6 2x ultra macro lens? Do you prefer a slower & lighter lens for macro work? Let us know in the comments section underneath the article.

How to change mouse DPI

Multitasking on Android: How to use split-screen mode