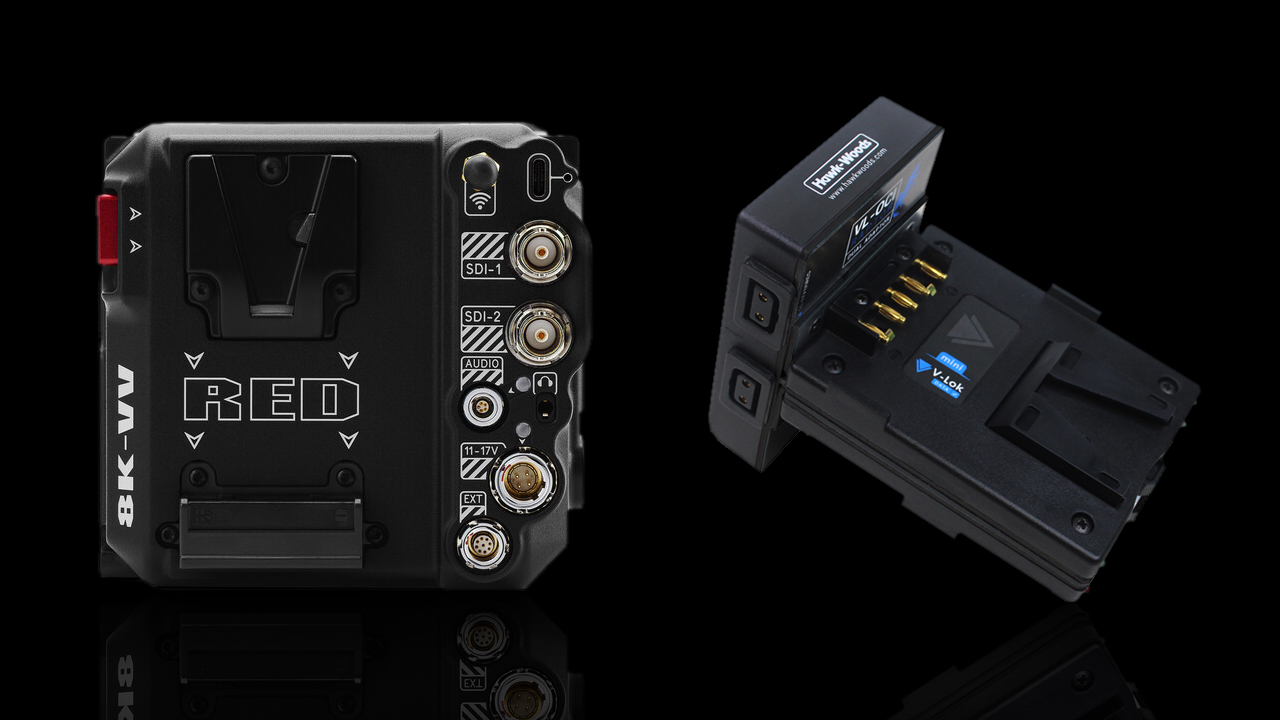 It’s now been a little over four months since the release of RED’s new flagship camera, the RED V-RAPTOR. The camera features a single mini V-Lock mount on the back and it can also draw power from its 6-pin DC-IN power input.

However, the most demanding users felt the need for a dual V-Lock battery plate that could extend the camera’s run times and allow for a battery hot-swap. Accessories manufacturer Hawk-Woods listened to this request and developed their Hawk-Woods VL-OCI RED Raptor Duel Mini V-Lok Adapter. Let’s take a closer look.

The Hawk-Woods VL-OCI for the V-RAPTOR connects directly to the V-Lock battery plate on the back of the camera. The plate can then host two mini V-Lock style batteries, like the Hawk-Woods VL-M98D or VL-M150D.

The two power bricks can be hot-swapped while shooting, thus avoiding any need for rebooting the camera throughout the shoot. A two-way LED indicator provides a visual warning to the user whether or not the remaining charge is sufficient to safely hot-swap one of the batteries, as the VL-OCI plate actively monitors the current power draw.

The minimal design of this product focuses on its functionality. In fact, the plate also features two additional D-TAP outputs (11-17V) that can come in handy to power extra camera accessories, such as monitors, wireless video transmitters, and follow focus systems.

The new Hawk-Woods VL-OCI RED Raptor Duel Mini V-Lok Adaptor promises to solve a problem that many shooters experienced while shooting with the V-RAPTOR.

However, although the product is officially listed on the Hawk-Woods website, there’s currently no official information about its price or availability. We suggest following the company on its social media channels for future updates.

Have you got the chance to shoot on the RED V-RAPTOR since its release? What’s your favorite solution to power this camera on set? Share your experience in the comments below!

Mortal Kombat 12 leak – real or are they playing with us?

iOS 15: All features and everything you need to know