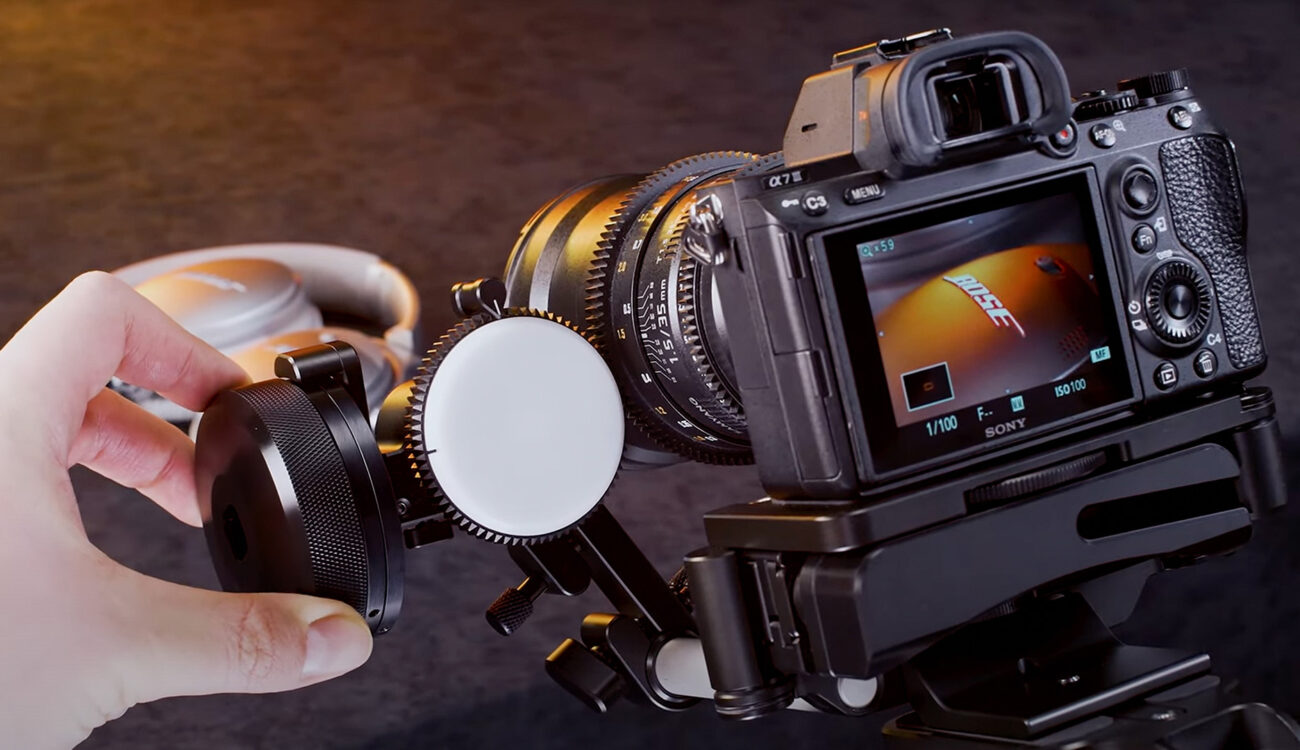 edelkrone has just announced the successor of their FocusONE follow focus system. The new edelkrone FocusONE v2 adds hard stops for setting A-B markers and it aims at camera operators rather than focus pullers. Let’s take a closer look.

edelkrone is a company famous for adopting an ingenious, innovative approach when developing filmmaking solutions. Their new FocusONE v2 follow focus system is no exception.

As the company clearly states, with this new product they are targeting “camera operators instead of focus pullers”. In fact, the unusual design of the FocusONE v2 aims at facilitating one-(wo)man-band operations. Let’s take a closer look.

The new edelkrone FocusONE v2 builds on the legacy of the original FocusONE. It still is a single-rod, manual follow focus system, but with a couple of tweaks.

Straight out of the box, the accessory is compatible with industry-standard 15mm rods. However, you can remove the 15mm rod adapter in order to also fit 19mm rods. The system features standard 0.8 MOD gears and it is compatible with virtually any lens diameter. Moreover, since any glass behaves differently, the friction of the system can be adjusted via a dedicated knob.

The greatest difference with the original model is the addition of hard stops on the Control Wheel. The user can now set A-B markers in order to achieve a more precise focus.

Moreover, you can adjust the inclination of the Control Wheel on the side to adapt the system to different shooting scenarios and camera angles.

Let’s come to the reason why this product is aimed at single camera operators rather than focus pullers. This is due to the placement of the follow focus marking disk.

In fact, unlike almost any other model on the market, the marking disk of the FocusONE v2 faces the camera operator directly rather than being oriented sideways. Moreover, it is not placed on the Control Wheel, but it connects straightly to the lens gear, thus making focus operations even easier for a single user.

Despite the usual design, you can mount the unit on either side of the camera with the marking disk always facing the camera operator. Moreover, although a pen can be used to add extra markers on the white disk, the piece is already equipped with a little black reference line.

The aluminum alloy of the FocusONE v2 is CNC machined and the unit features stainless steel screws and some Delrin parts. The system is relatively small in size (122 x 98 x 70 mm) and light in weight (349 g).

What’s in the box

The new edelkrone FocusONE v2 is now available for pre-order on B&H. Its official retail price is $139.

Moreover, if you already own an original edelkrone FocusONE system, the company offers you a $49 discount on the purchase of the new v2 model via their TradeUP project.

Do you often find yourself operating the camera and pulling focus at the same time? Do you think the new edelkrone FocusONE v2 can come in handy? Let us know your thoughts in the comments below.

Will Dying Light 2 have crossplay?