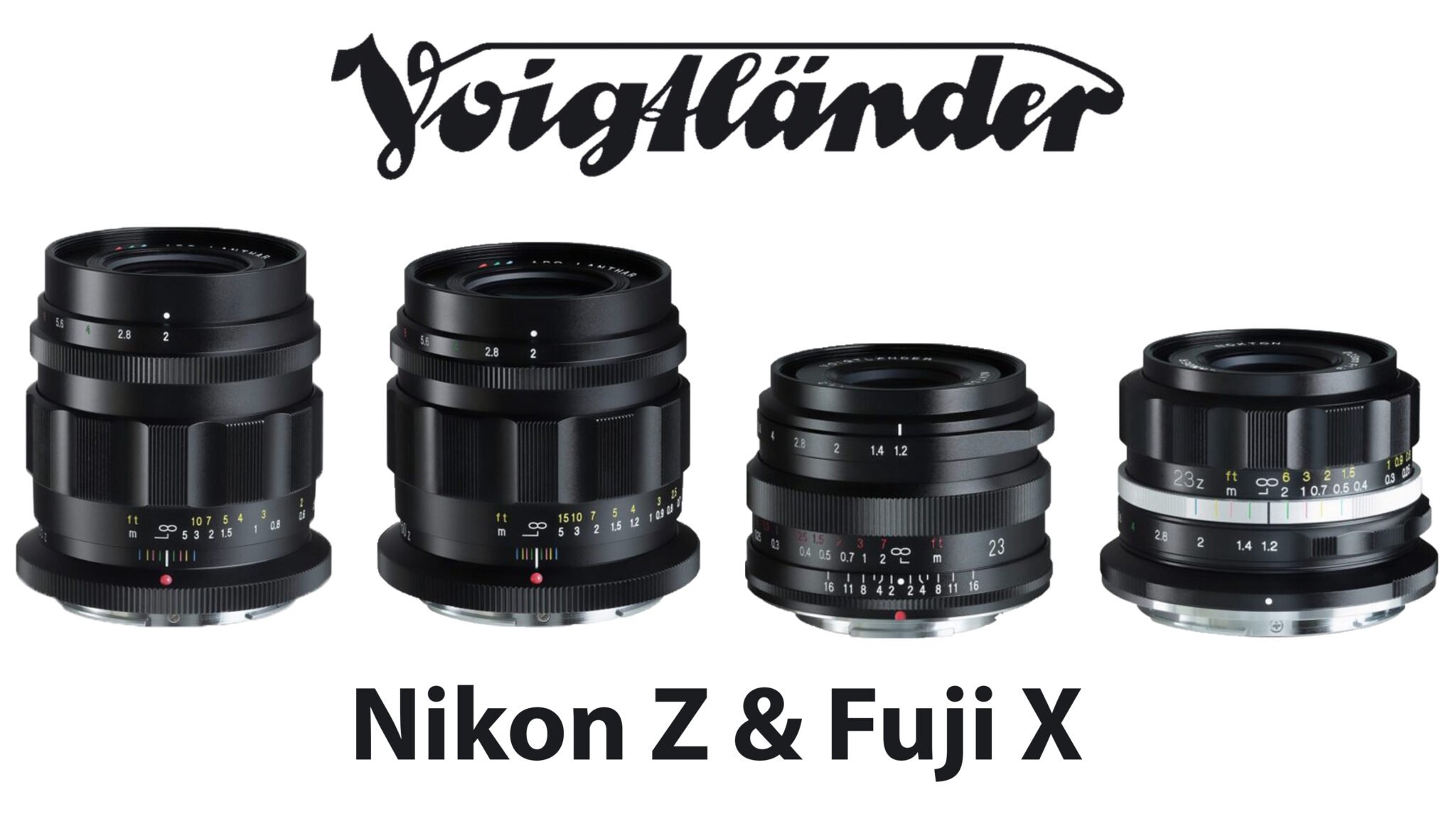 Cosina has anounced four new Voigtländer prime lenses for mirrorless shooters. Out of those, three are made for Nikon Z cameras, and one is intended for Fiji X shooters.

The 50mm f/2 and 35mm are made for full-frame Nikon Z cameras. Of course, you can attach them to an APS-C body too and get 75mm or ~52mm equivalent focal length. The 23mm f/1.2 comes in Nikon Z and Fuji X version, and it was made for APS-C cameras, but it can be used in the crop mode of your full-frame camera.

Since Cosina is on fire with novelties, let’s get straight into it. Here are some photos and specs of all four lenses:

All four lenses are rather fast, especially the 23mm f/1.2, of course. Cosina promises excellent optical design and performance, and the lenses are compact and lightweight, suitable for everyday shooting. Thanks to the 12-blade aperture, you can also expect pleasing round bokeh.

Cosina presented its new lenses at CP+ in Japan which ended on Sunday. There is still no pricing or shipping information, but we expect to know more about it soon.