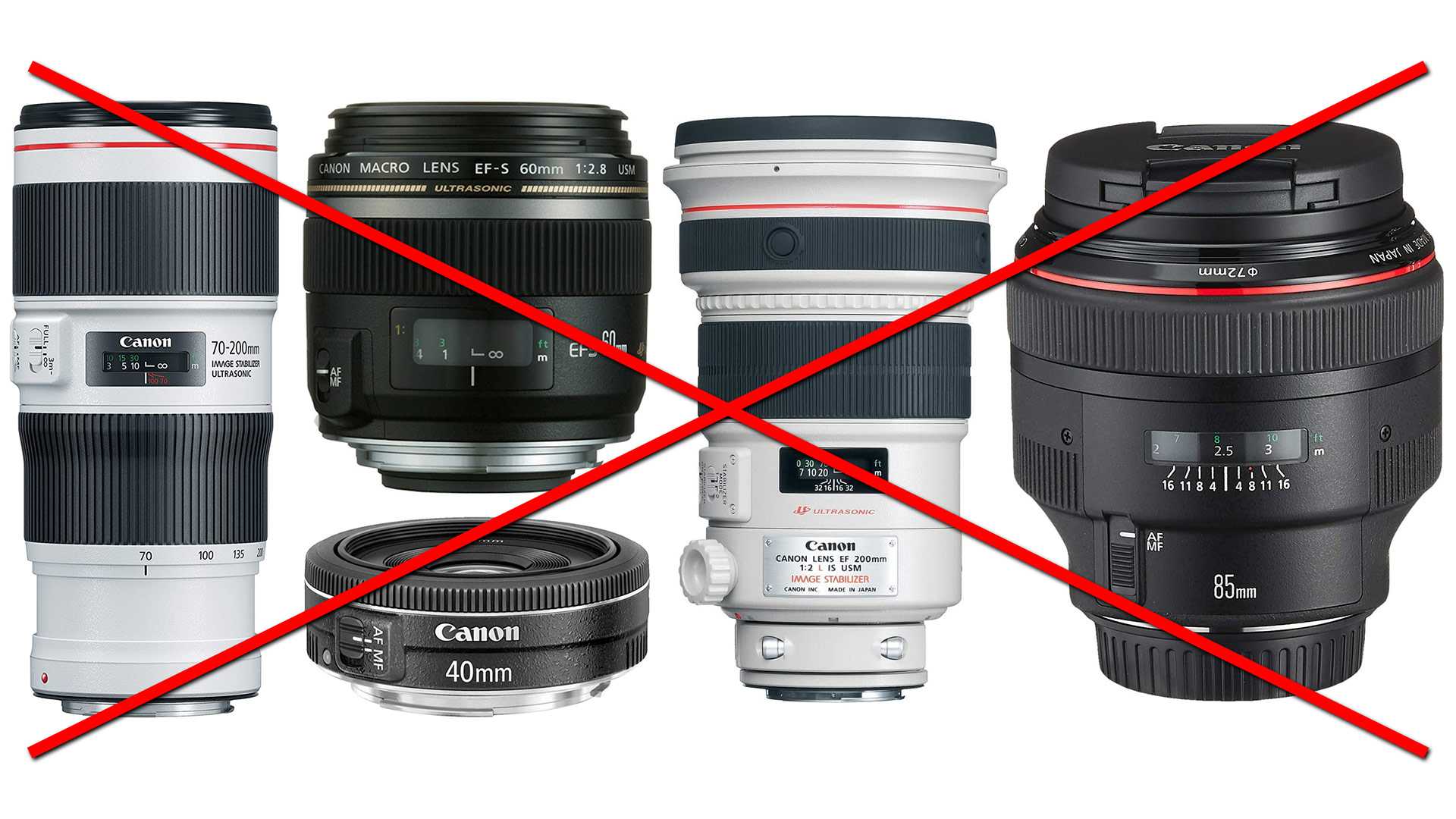 Canon has discontinued a bunch of DSLR lenses over the past year or so. And now, the company seems more determined than ever to switch to mirrorless and stay in that area.

Judging from a recent report, the company has come down to only nine EF-mount lenses, which is certainly not great news for Canon DSLR users.

Japanese photographer Kimio Tanaka recently tweeted two lists of Canon EF-mount lenses. The time difference between them is only a month: they show the lenses available in January and February 2022. Roughly translated from Japanese, Tanaka’s tweet reads:

“The number of interchangeable lenses for Canon single-lens reflex cameras is decreasing due to “rapid acceleration”. Comparing only the lineup of EF mount and single focus lenses in just one month, the number has increased from 21 to 9 lenses. The left is January 8 (red circles are low in stock), and the right is February 10.” 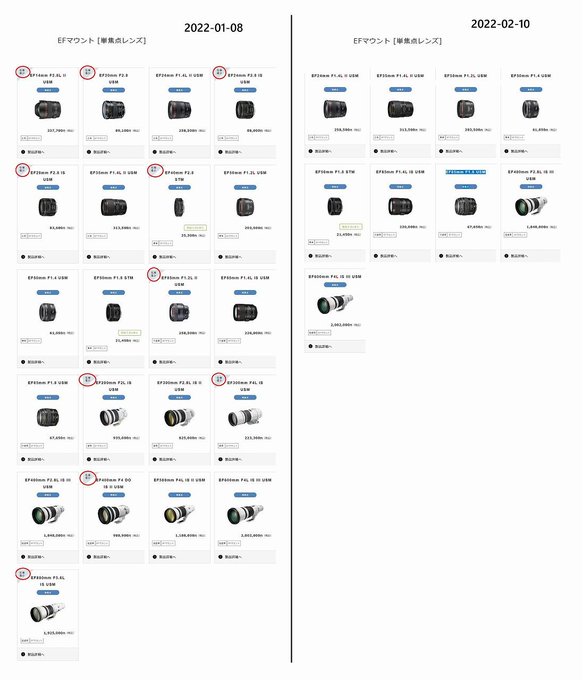 Judging from Tanaka’s tweet, these are the only DSLR lenses Canon still supports, at least in Japan:

Perhaps you remember that Canon discontinued a whole lot of lenses last year. Needless to say, all of them were EF-mount DSLR lenses. Nikon took the same route and started killing off its DX-format lineup, and a bunch of lenses.

I think it’s impossible to mention the global chip shortage and the chaos it caused in the industry. Many camera companies were forced to delay deliveries, close factories, and discontinue some products because they couldn’t get the components they needed. It’s not impossible that Canon is killing off so many lenses because of that. If they can only limit the production to a narrow range of products now, it makes sense to focus on the newer, more advanced, and modern lineup – the mirrorless one.

It’s kinda cute now how we argued only a few years ago whether DSLR is dead or not. Back then, a DIYP reader claimed that DSLRs will “die out with us who still use them” because “it’s mostly habit.” I tend to agree with it, and judging from Canon’s and Nikon’s recent moves – so do they.

[via No Film School]

What does SMT mean? What is SMT? Multithreading explained.