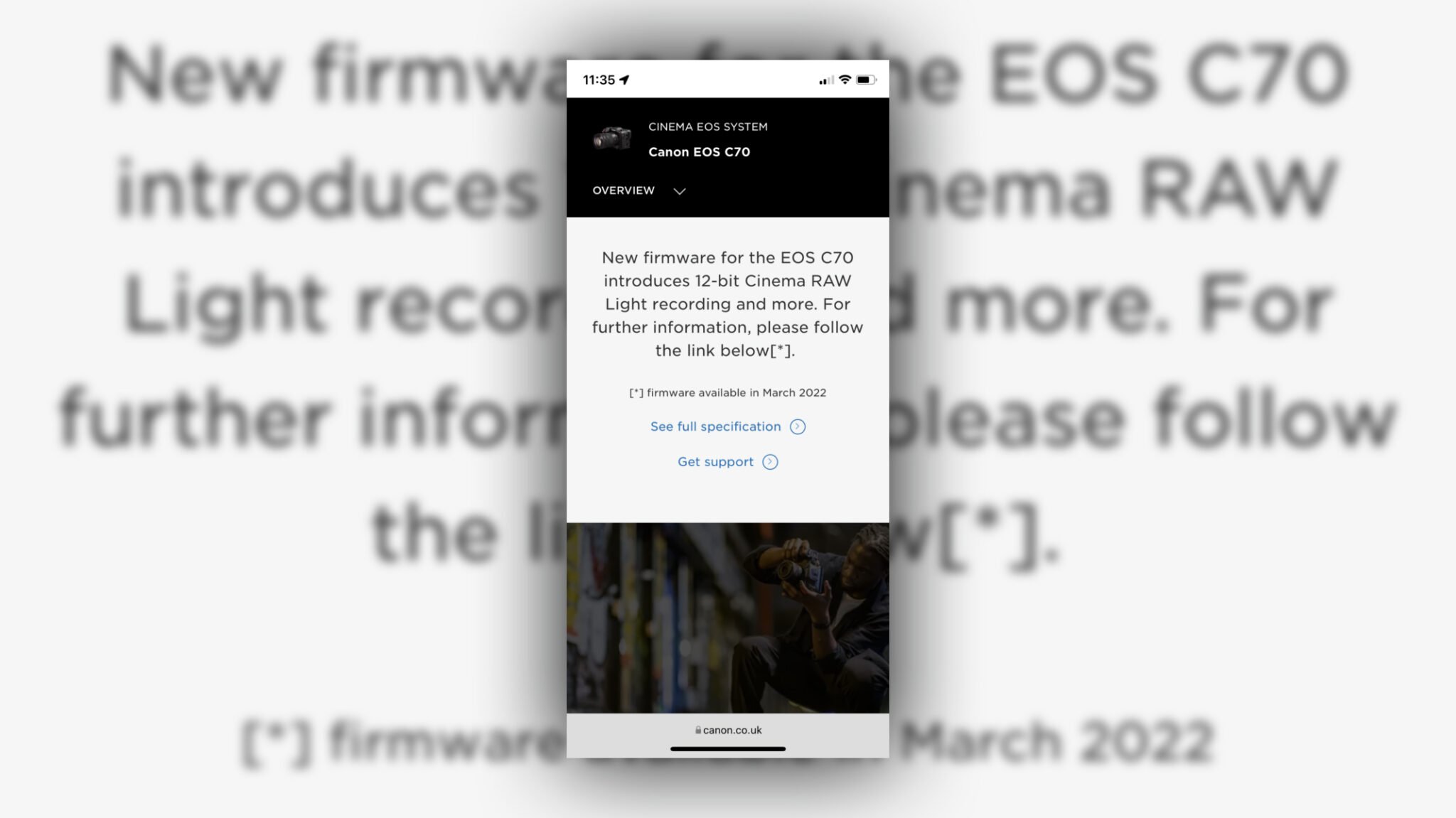 Canon is set to announce new firmware for the Canon EOS C70 on Wednesday, 19th January. The headline feature of the new firmware will be the introduction of 12-Bit Cinema RAW Light recording. While Canon hasn’t announced anything yet, it appears that Canon leaked themselves via their UK website stating that it was on the way and that it would become available in March. Beyond that, it reveals no other information.

That’s not all we’re expected to hear about on Wednesday, either. Canon is also expected to announce the Canon EOS R5C, an active-cooled version of the Canon EOS R5 designed specifically for 8K cinema. We might also see some new Cinema lenses as well as possibly 8K modules for the Canon EOS C300 Mark III and Cinema EOS C500 Mark II.

Adding 12-Bit Cinema RAW Light into the mix means that you’ll be able to retain more of that dynamic range and get much better options in post for adjusting things like your ISO and white balance, as well as colour correction and grading with the minimum of quality loss.

The announcement is expected at 7am on Wednesday, 19th January, although the firmware isn’t expected to become available until some time in March. The other announcements potentially happening on Wednesday are still rumours at the moment and may or may not be announced. That being said, the EOS R5C is already long overdue with an announcement originally expected in 2021 which then shifted to Q1 2022 a short time later. Well, it’s Q1 2022 now, so fingers crossed.