Regrettably, details about the BlackShark 5 series smartphones’ official launch date are still scarce. However, past leaks suggest that the lineup will include two premium gaming smartphones for the Chinese market. Before going official in the country, the two devices have arrived on China’s 3C certification website. This is a sign that the phones’ launch is around the corner. Aside from that, the phones have already been listed on TENAA.

The BlackShark 5 series smartphones are headed to China. Both the vanilla, as well as the Pro model have now arrived on the 3C website. Morever, the 3C listing sheds light on the upcoming smartphone’s charging capabilities. The vanilla BlackShark 5 carries model number PAR-A0. Likewise, the Pro variant is listed with the model number KTUS-A0. Furthermore, the listing confirms 120W fast charging support. To recall, earlier reports had indicated that the handsets will come with 100W fast charging support. 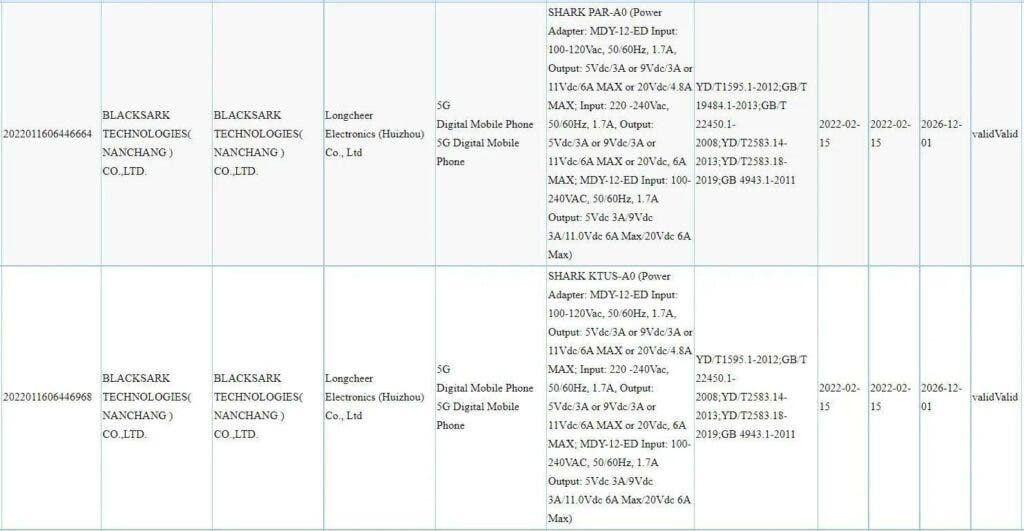 Despite the lack of an official confirmation, the BlackShark 5 Pro key specifications are no longer a secret thanks to the phone’s TENAA listing. For instance, the listing shows that the Pro variant will sport a 6.67-inch AMOLED display. Aside from that, it reveals that the display will deliver a Full HD+ resolution of 1080 x 2400 pixels. Moreover, the screen will provide a high refresh rate of 144Hz. Under the hood, it packs a powerful Snapdragon 8 Gen 1 SoC. Also, this processor comes with up to 16GB of RAM. 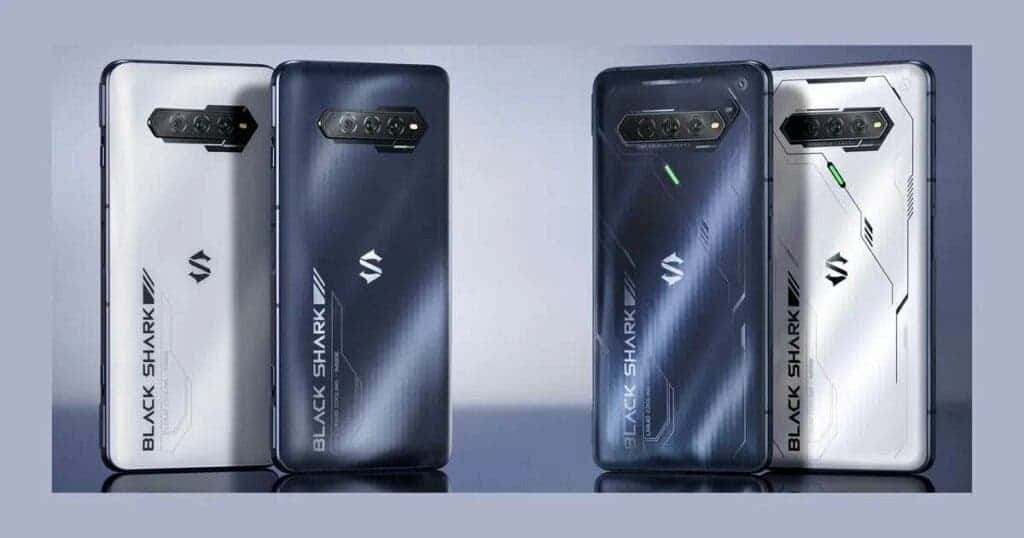 Furthermore, the Pro model will ship with a hearty 512GB of onboard storage capacity. In addition to that, the TENAA listing reveals that a 4650mAh battery will be powering up the entire system. Also, it weighs just 226 grams. For optics, the vanilla model will house three rear-mounted cameras including a 108MP main camera. Upfront, it has a 13MP shooter that will enable users to capture selfies and facilitate video calling. Moreover, it is worth mentioning here that the vanilla model will come with the same display and battery capacity as it Pro sibling.

The rest of the details about the upcoming BlackShark 5 series are still few and far between at the moment. Nevertheless, the Pro model could come with a 64MP camera at the back. For selfies, the Pro model will reportedly feature a 13MP front shooter. More vital pieces of information about the upcoming BlackShark 5 series smartphones are likely to surface on the web in the coming days. To recall, Global BlackShark VP, David Li had confirmed that the company’s R&D team was hard at works on a 5G ready phone back in 2019.