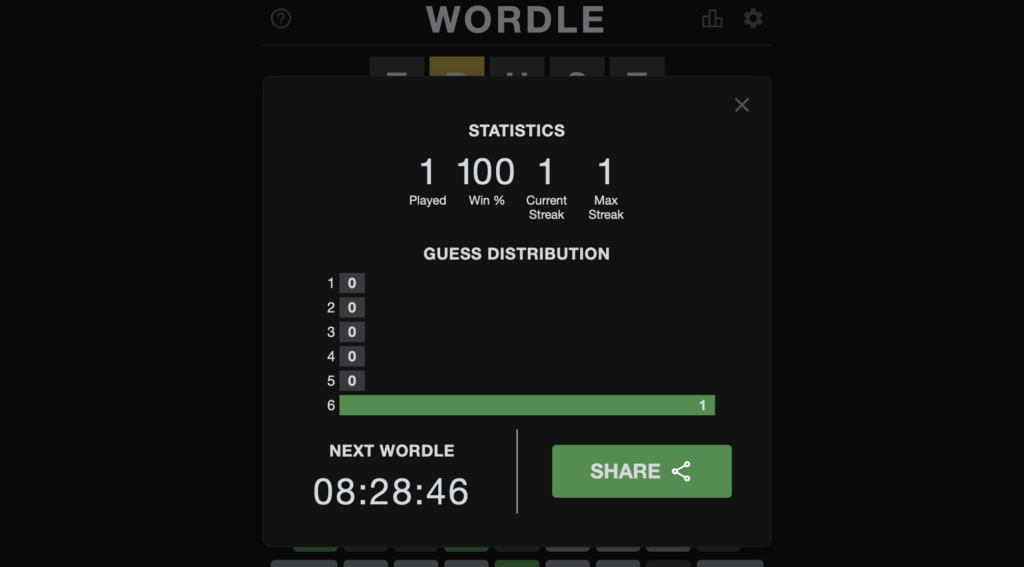 The minimalist web-based word game Wordle is nothing short of a sensation, and with that comes the inevitable rip-off versions popping-up all over the place.

The game, which has become massively popular over the last couple of weeks, requires players to guess a 5-letter word based on whether they’ve selected letters that feature in the word and whether they’re in the correct position.

The addictive game is only available on the web and – because the maker Josh Wardle doesn’t have an app and only offers one-puzzle-per-day right now – opportunistic developers have been cloning it left, right, and centre.

Apple, for one, is taking a stand on these clones – many of which actually use the name Wordle and copy the UI – and is pulling them from the App Store (via The Verge).

One of those to see their app pulled is developer Zach Shakked who had previously bragged about how many downloads it was receiving. He is now (sort of) admitting wrongdoing and is (sort of) sorry, following a massive online backlash.

In a Twitter thread, he lists a myriad of factors that made him “think there was an opportunity. I was wrong. There wasn’t. I’ll go back to creating apps based on my completely, evergreen, original ideas and never f**k with anything remotely like this again.”

You can see the thread below, but the essence is that Shakked says he calculated that the app was a “rip off” of another game (a TV show called Lingo), the name wasn’t trademarked and the UI was the same because it was made in one weekend. He says the $30 subscription he planned to charge is “how businesses work” but he actually ended up losing money on the deal. He says he wasn’t gloating, but just excited about the buzz the app was creating before it was pulled.

He also reckons he’s spoken to the creator on the phone about turning Wordle into an app, while also saying he spoke to “spoke to lawyers and the original creator’s claim to “Wordle” was highly dubious.” He added: “I realize I crossed a line. And I surely, surely will never do anything remotely close to this again. I f****d up.” And then he got in a fight with Daring Fireball’s John Gruber.