Spotify’s vow to launch the lossless Spotify HiFi tier by the end of 2021 failed to materialise and it doesn’t appear as if early 2022 is on the agenda either.

Almost a year after announcing the feature was in development, Spotify fans are still waiting and, in the meantime, Apple has successfully launched and released Apple Music Lossless and Spatial Audio with Dolby Atmos.

Now Spotify has offered an update, of sorts, by saying there’s nothing to update. The company says it is still working on the feature, but isn’t ready to say when it’ll launch.

“We know that HiFi quality audio is important to you. We feel the same, and we’re excited to deliver a Spotify HiFi experience to Premium users in the future. But we don’t have timing details to share yet,” the company says on its Spotify Community website. “We will of course update you here when we can.”

The delay is puzzling. Spotify HiFi was announced all the way back in February 2021, promising to “deliver music in CD-quality, lossless audio to your device and Spotify Connect enabled speakers.”

Unlike Apple Music, Spotify initially announced plan to take the Tidal route, and charge subscribers extra cash for the privilege of lossless audio. We wonder whether this will still be the case considering Apple is offering the best available audio quality to all subscribers, when it comes to Hi-Res music, for the same price.

It’s going to be intriguing when the company does launch Spotify HiFi because we’ll have a new battleground in the streaming realm, which prior to 2021 had been quite stagnant.

This is becoming a problem for Spotify. If it hadn’t been for all of my daily and weekly generated playlists and recommendations from my years and years of membership, I’d have ditched Spotify for Apple Music last year. Lossless with Spatial Audio sounded transformational to my ears, an unprecedented leap forward in the digital streaming era. I wonder how many users, seeking higher-end audio, have made the switch in the last six months or so? The sooner Spotify offers feature parity, the better. 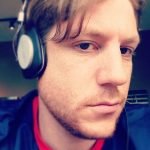 In case you missed this: Minolta is back with Instant Cameras!

Modem vs Router vs Modem Router Combo (Best for Gaming?)