5G phones are now widely available, but the same can’t be said of 5G networks. Last week’s poll shows that the greatest barrier to adoption is that some countries still haven’t launched their 5G networks.

The second most common issue is that many users don’t have a 5G-capable phone yet (about a quarter of voters). Not really surprising, if they don’t live in an area with 5G coverage. Of course, that hasn’t stopped makers from selling 5G phones in those regions – they frame it as future-proofing.

And they do put in the work, e.g. Airtel in India was using phones from Apple, Realme, OnePlus, vivo and others when running trials on its upcoming 5G network to ensure that they will indeed work when the time comes.

The results from areas with active 5G networks are quite interesting. Many report that they don’t need it since 4G is fast enough. Some actually complained that 5G speeds are low in their region, but that will shift as carriers rebalance their networks from 4G to 5G and as 5G is deployed on new bands.

The good news is that we saw only a few complains from people who haven’t switched to 5G because of the extra cost (5G plans sometimes cost more than 4G plans, it depends on the carrier). 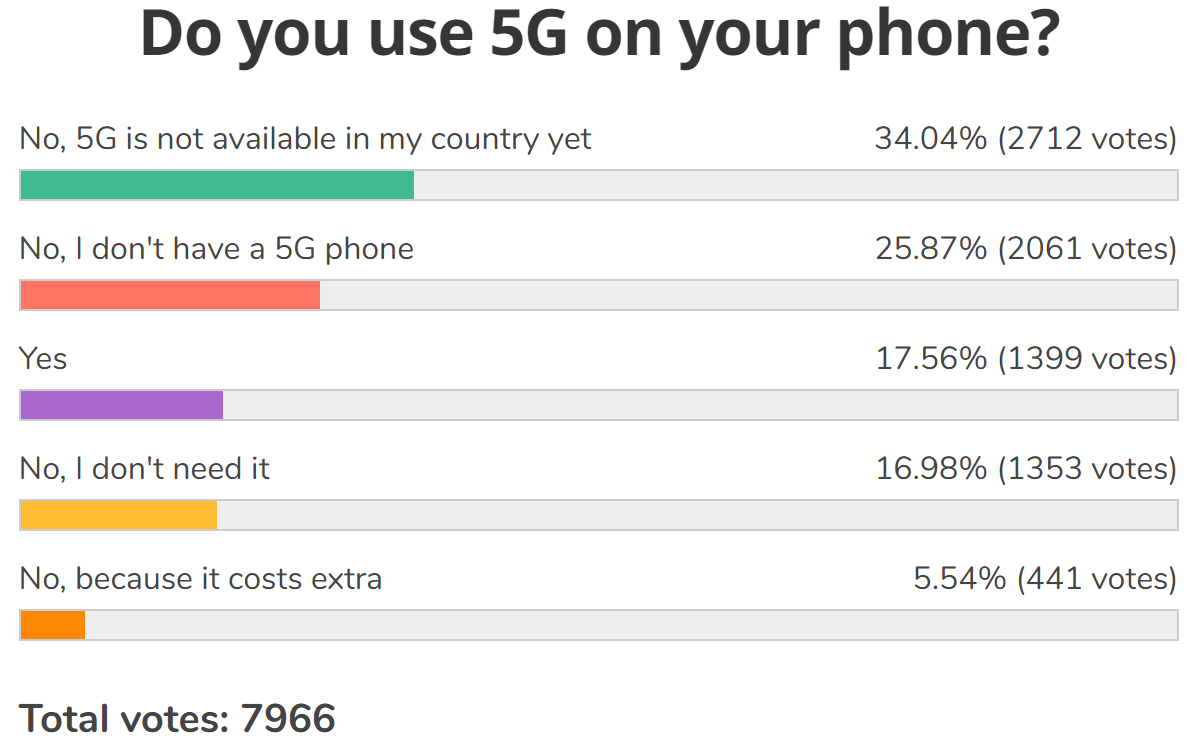 How to watch SpaceX launch an Italian satellite today

Fernando Sciotto Captures the Cycle of Life in Infrared (NSFW)