Upcoming Moto G22 leaks in all its glory, specs and renders included


Motorola’s next entry-level member of the G family has been fully exposed today in a comprehensive leak that gives us a bunch of official-looking renders of the device, as well as its specs. So let’s dive in. 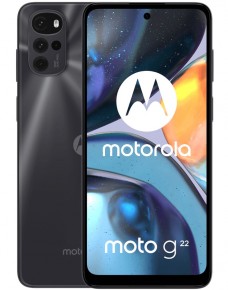 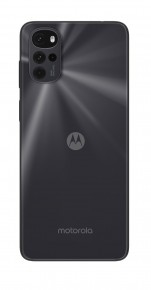 There’s no 5G connectivity on offer, but you do get a nice hole-punch in the middle of the screen for the 16 MP f/2.0 selfie camera – gone are the days of the unsightly notches. On the rear there’s a 50 MP main camera with an f/1.8 aperture, alongside which sits an 8 MP ultrawide and a couple of mostly decorative 2 MP units: one a depth sensor, the other a macro cam.

The phone will be offered in Europe with at least 4GB of RAM and 64GB of expandable storage. There’s a fingerprint reader built into the power button on the right side. The Moto G22 has a 5,000 mAh battery, which charges at 10W. It should run Android 12 from day one, but at this point there are no details on when exactly it will become official, or how much it will cost. We’ll let you know when we find out.