The foldable Pixel coming out


Over the past year and a half, rumors have periodically surfaced on the network that Google will release its own foldable smartphone. There have also been rumors that the Pixel foldable will debut before the end of 2021 or very early 2022. But prominent analyst Ross Young dispelled the rumors by saying that the company has canceled the foldable smartphone.

The reason is simple, clear and logical. Allegedly, Google does not believe in its offspring; that it has the strength to compete with the Galaxy Z Fold 3. And the company does not agree to anything less, only success and no compromises. Realizing the futility of its attempts to compete with Samsung’s foldable smartphone; Google has canceled all orders for accessories for the Pixel Fold.

Naturally, nothing prevents the company from changing its mind. This is exactly what Ross Young points out. According to him, in the third quarter of 2022, the serial production of flexible panels for the folding Pixel will start. But the smartphone should be presented in the fourth quarter. Presumably, the premiere should be expected in October, the company’s usual month of premieres.

The foldable Pixel phone is rumored to feature a 120Hz flexible display, a Tensor chipset, Android 12L operating system, and a 16MP + 12.2MP dual rear camera setup. And in terms of its dimensions, it should be more compact than the Galaxy Z Fold 3. 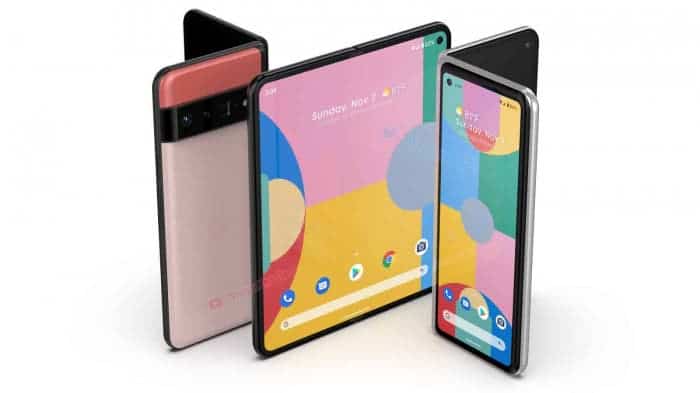 There are new rumors that Google will release a tablet under the Pixel brand. Resource LetsGoDigital says that the search giant is working on a device that was originally in plans to launch in October last year. Since then, Google has released Android 12L; a version of Android 12 optimized for larger screen devices, and the new product will get it.

According to the source, at the moment Google is forming a division that will work on tablet computers. The resource claims that Pixel Tab will be one of the first devices based on Android 12L. LetsGoDigital also shared concept renders that are reportedly based on a Google patent published in September 2021.

Also, We have no information on the technical characteristics of the device; however, there is every reason to believe that the Google tablet, if it is really presented, will offer users a proprietary Tensor chipset created in collaboration with Samsung. Google has not commented on the rumors about the intention to introduce a tablet.