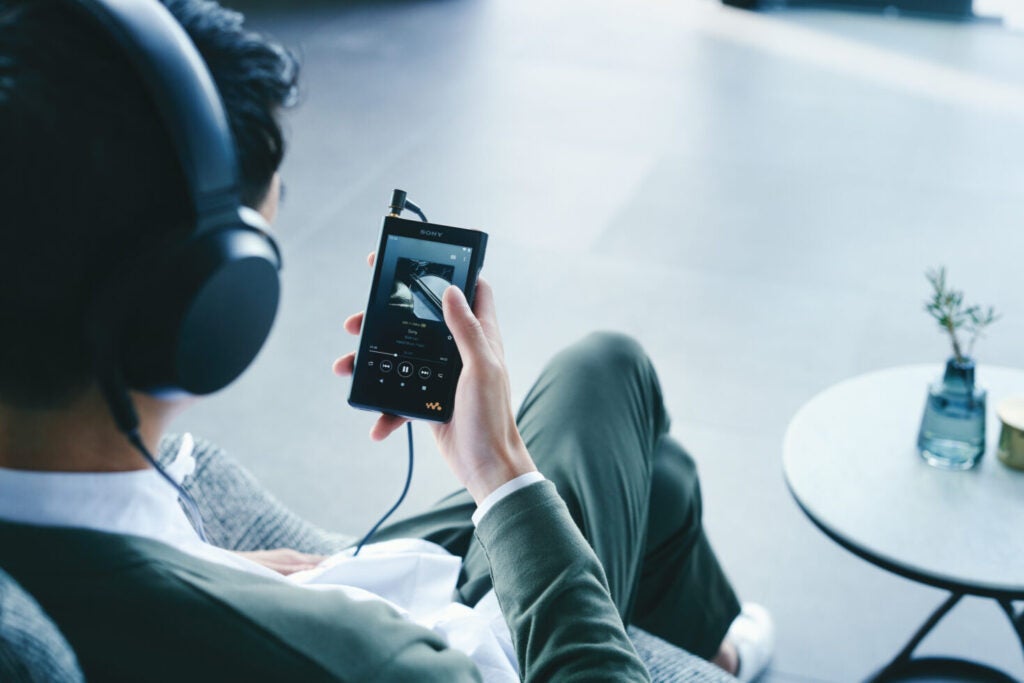 Both models are focused on high-resolution audio, with Sony setting out to “satisfy the most demanding audiophiles”.

The NW-WM1ZM2 is the more eye-catching of the two. It’s gold-hued body is made from 99.99% purity gold-plated Oxygen-Free Copper (OFC), which provides higher rigidity for clearer, more expansive sound. Conversely, the NW-WM1AM2 employs an aluminium alloy frame for its own high quality sound.

The NW-WM1ZM2 also uses a higher grade Kimber Kable to run from the amp base to the balanced headphone jack. The NW-WM1AM2 uses a uses a low-resistance OFC cable.

Differences aside, both Walkman products use custom S-Master HX digital amp technology, which goes as far as using high-quality lead-free solder to bolster its “rich and full-bodied sound”. This ain’t your grandpa’s Walkman.

Sony’s news release goes into the fine details, such as the fact that he has equipped both of these audio players with a stronger power supply than their predecessors, and that it has “upgraded fine-tuned capacitors”.

Not enough audio geekery for you? How about this: for the first time, Sony (our audio brand of the year for 2021) has used a reflow solder containing gold, which is said to have a significant effect in improving sound localisation and creating a wider sound space. You asked for it.

Back into the realm of basic functionality, both Walkman units are now Wi-Fi compatible, and they run on Android 11, opening up a vast world of music sources.

The NW-WM1ZM2 packs 256GB of integrated memory, while the NW-WM1AM2 offers 128GB. Both complement their storage with a microSD card slot.