The global oil producer and renowned explorer in the segment, Shell, has just unveiled a power-to-hydrogen electrolyzer and hydrogen refueling station last week in Zhangjiakou. It’s a city in north China’s Hebei province. The goal is to fed fuel cell vehicles being used during the 2022 Winter Olympic Games. The 20-megawatts power to hydrogen electrolyzer is its first commercial hydrogen development project in China, Shell states. It makes use of onshore wind power to generate electricity to split water into hydrogen and oxygen.

The project was jointly funded by Shell and two local companies. It includes Zhangjiakou City Transport Construction Investment Holding Group Co. and Zhangjiakou Zhiqing Technology partnership. The goal is to initially supply hydrogen to a fleet of more than 600 FCVs in Zhangjiakou. It currently hosts the 2022 Winter Olympic Games with the Chinese capital of Beijing. After the Winter Olympics, hydrogen from the project will be used for public and commercial transport in the north China region that includes Beijing, Hebei province, and the port city of Tianjin. The three companies are planning to expand and consolidate the power-to-hydrogen electrolyzer in the province to 60 MW by 2025. 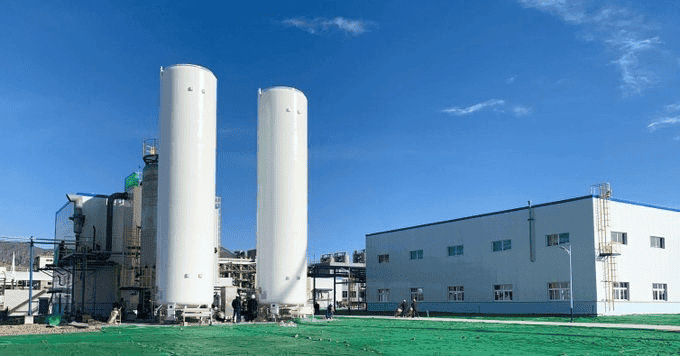 The province is around 180 kilometers northwest of Beijing. The city will be the main host for the 2022 Winter Olympics. The games begin on February 4.

Shell reported a net income of $11.4 billion in the fourth quarter of 2021, reversing a loss of $4 billion from a year earlier. The Anglo-Dutch oil company added $ 90.2 billion in revenue between October and November, up 100.3% compared to the same period in 2020, supported by the rise in oil and gas prices.

“We delivered a very strong financial performance in 2021. Our discipline and robustness are permeating the company’s transformation,” says Ben van Beurden, CEO of Shell, in a note.

He says the company has ambitious goals to generate shareholder value and decarbonize its products.

With the robust result, Shell announced that it will start an $8.5 billion share buyback program in the first half of 2022, using $5.5 billion of cash received from the Permian basin divestment and $3 billion in capital allocation. In addition, it will increase first-quarter dividends by 4%.