The Note that isn’t a Note, yet it may very well end up being the last Note – Samsung’s Galaxy S22 Ultra has some big shoes to fill. Attempting to appeal to both productivity-focused stylus lovers and photography enthusiasts, the latest Ultra will either be the ultimate phone, period, or fall short for either group in some way. We’re here to find out which one is it.

The S Pen fans will have little to complain about on the face of it. The S22 Ultra has the same stylus as the Note20 Ultra and, like a true Note, it has a silo for keeping the thing inside the phone – none of that carry-it-separately-until-you-inevitably-lose-it nonsense with the S21 Ultra. The significant improvements in latency also sound promising, not that the old one was bad.

The camera crowd shouldn’t be disappointed either. You’re getting the same quad setup as the S21 Ultra (in principle, at least) and includes a couple of telephotos reaching all the way to 10x zoom, as well as an autofocusing ultrawide (that Samsung insists on keeping exclusive to the Ultra). That’s in addition to the big-sensor nona-binning 108MP main camera, of course. 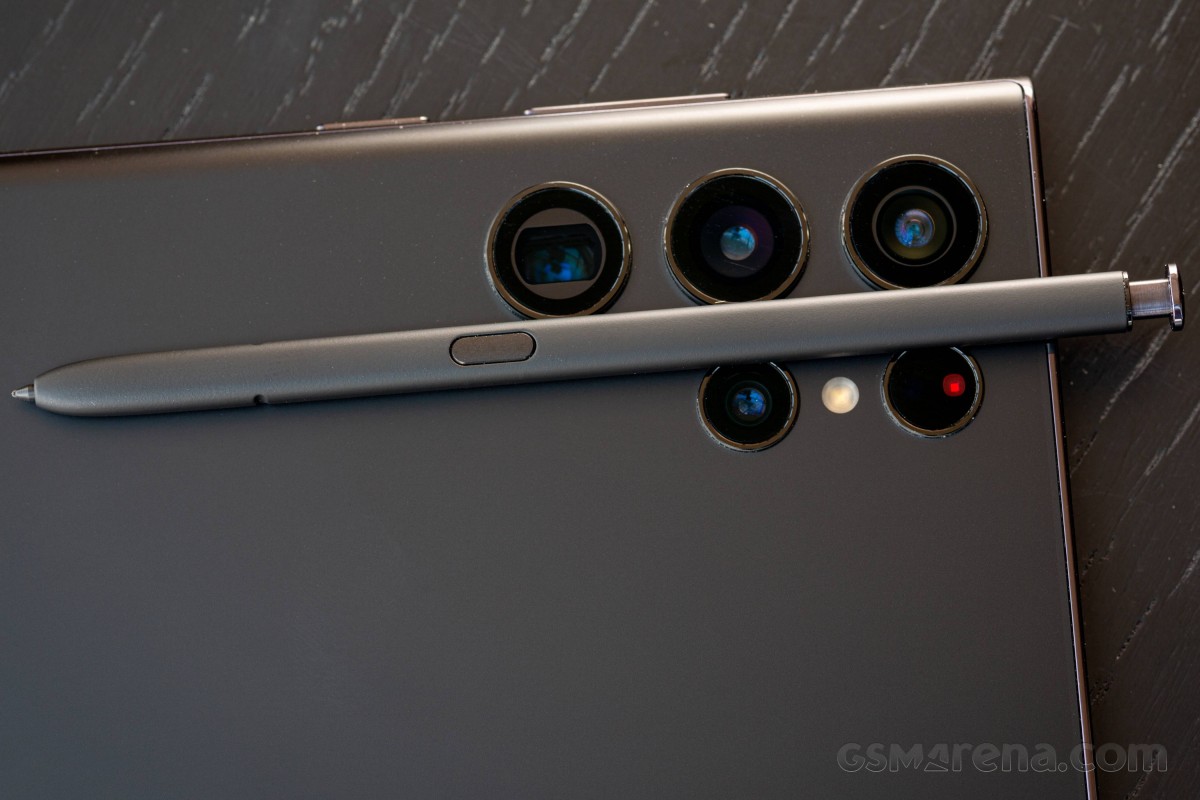 The lengthy specsheet (summarized below) includes what appears to be the brightest display on a smartphone to date, latest chipsets from Qualcomm or Samsung (depending on locale, as usual), a 1TB storage option (next to a 128GB base tier not befitting the UItra’s stature), and a bump in battery capacity and rated charging power (we’ll see about that).

The S22 Ultra ships in a black cardboard box that’s now even smaller than before (the environment appreciates it) with a stylized number ’22’ on the lid and a sparkly ‘S’ in a color to match the actual paintjob of the phone inside. 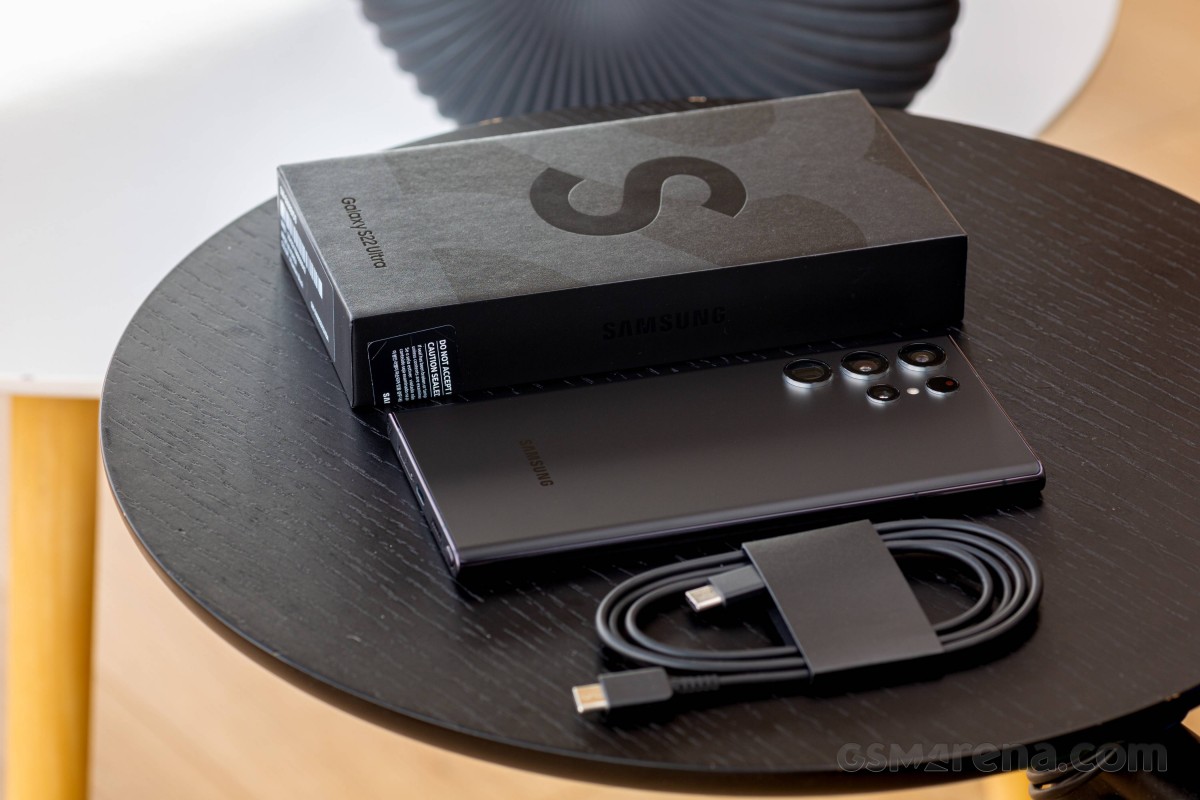 High-end Galaxy unboxings have become simple tasks over the past couple of years since bundled chargers became a thing of the past – the flipside of the slimline box. Inside it, you’ll find the bare minimum – a USB-C cable and a SIM eject tool, and the phone itself. But what a phone it is.