Realme will attend the MWC in Barcelona, and we will see the GT2 series make their global debut. Today, we learned that there will be more to it, though – the brand will also bring the “world’s fastest smartphone charging”. 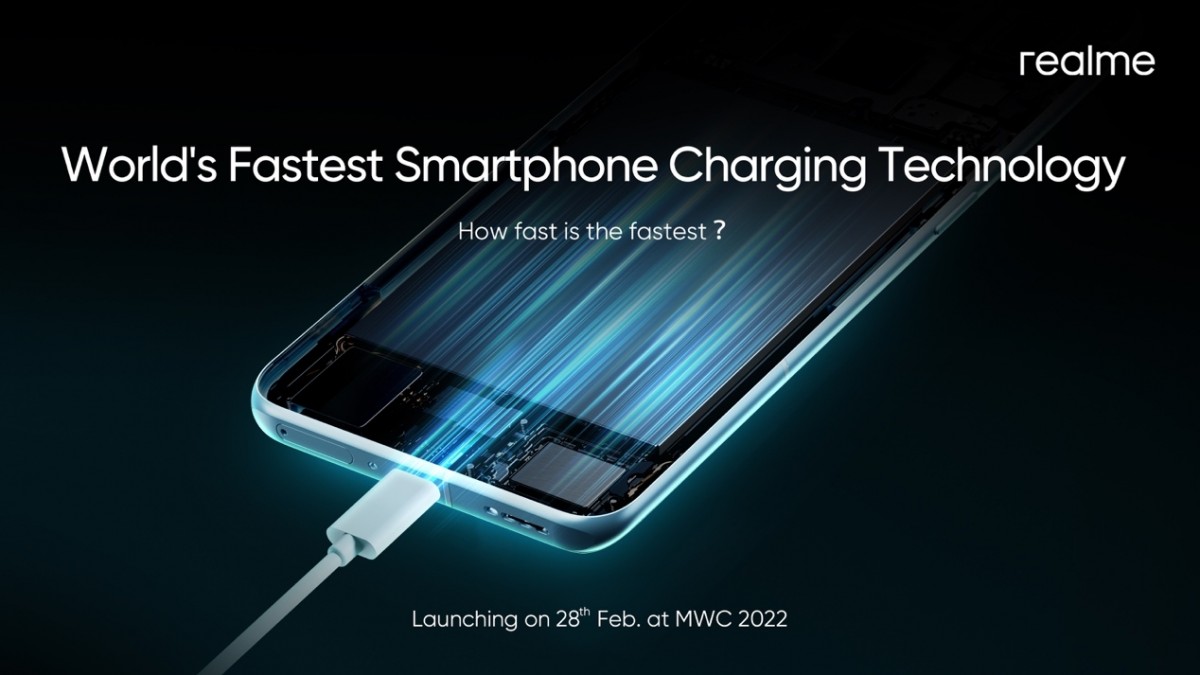 Realme’s previous fastest charging solution was the 125W UltraDart which was announced in 2021, but never made it to a commercially-available smartphone.

We do not know the actual speed of the new charger Realme will announce. Still, we expect it to be around 165W since nubia is preparing to reach those speeds with the upcoming Red Magic 7 Pro. We should also mention Infinix and its 160W charger we reviewed.