The Realme RMX3511 spotted on Geekbench last week has been certified by Thailand’s NBTC with the Realme C35 moniker, suggesting an imminent launch. 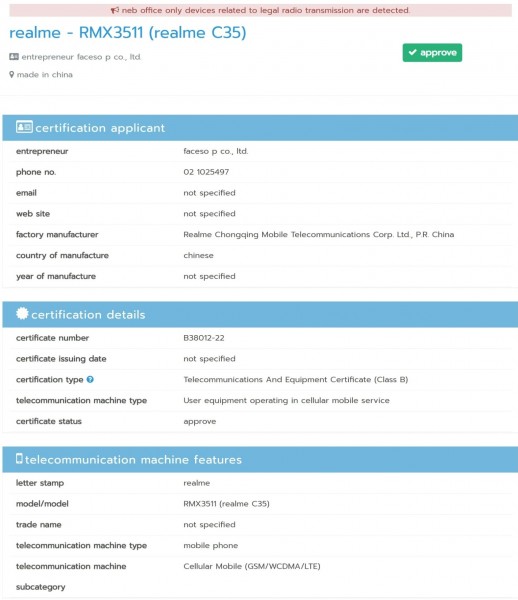 The Thai certifying authority doesn’t reveal any specifications of the Realme C35, but thanks to Geekbench, we know the smartphone will come with Android 11, an octa-core Unisoc chip, and 4GB RAM. However, there could be other RAM options as well that are yet to be confirmed. 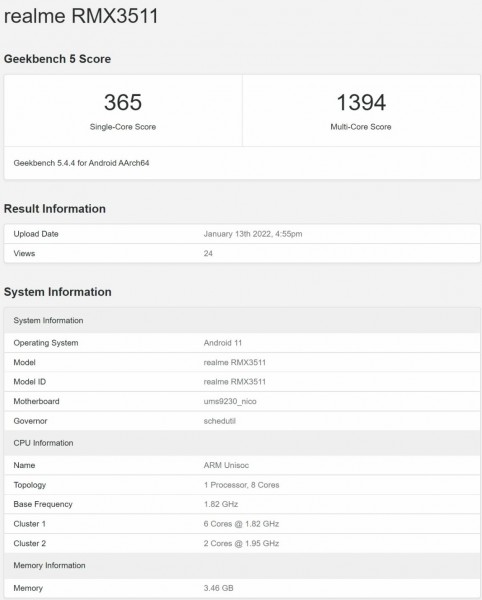 There’s no word from Realme about the C35 yet, but since the smartphone has bagged multiple certifications, it should go official soon.