Realme is gearing up to introduce the Realme 9 series. According to the leaks and reports, the company will disclose its mid-range smartphones in global markets on February 15. The Indian market will get the new handsets by February 16. As per the reports, there will be two smartphones – Realme 9 Pro and Realme 9 Pro Plus. As the launch is nearing, the company is trying to build for the hype of the handset. In the most recent development, the company announced the new smartphones will come with a “Chameleon” color.

Those familiar with the Vivo V23 series will easily recognize this technology. The V3 series arrived with a changeable color effect that reacts to the Sunlight and UV Light. Since both vivo and Realme are part of the same BBK group, we can see why these companies are doing the same thing. The Realme 9 Pro and Realme 9 Pro+ will arrive with this same technology, but obviously, with a different name. The two devices will have a chameleon-like colorway, it will change the colors depending on the light conditions. Realme is giving it a fancy “Light Shift Design”. 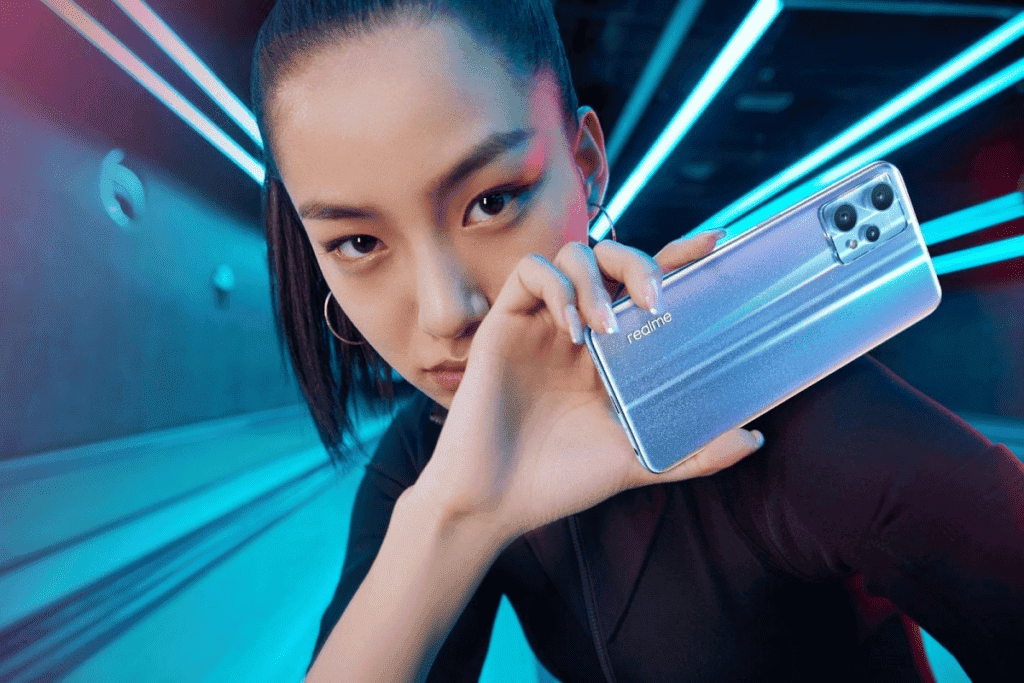 Once the Realme 9 Pro series arrive in Europe, they’ll be the first smartphones on the continent with such a feature. The so-called Sunrise Blue is going to be available for both handsets. It will turn red in about five seconds after being exposed to direct sunlight or ultraviolet rays. According to Realme, it had to go through more than 200 trials and errors before finding the right formula of materials and paint thickness that would allow fast color transition over time. The dual-layer photochromic process adds an organic composite layer that allows a 40 percent faster color transition. We’re not sure how Vivo and Realme technologies are similar, but the approach seems to be the same.

The Realme 9 Pro is coming with a large 6.59-inch AMOLED display with Full HD+ resolution and 120 Hz refresh rate. The handset brings the Qualcomm Snapdragon 695 SoC and we expect up to 8 GB of RAM and 256 GB of Storage. The device will also have a 64 MP main camera, and a 5,000 mAh battery with 33W Fast-charging. The Realme 9 Pro+ is, curiously, smaller with a 6.43-inch AMOLED display, the device may come with a 90 Hz refresh rate and the same Full HD+ resolution. It gets a smaller 4,500 mAh battery, but charges faster with 65W charging.