POCO X4 Pro leaks in all its glory


POCO is gearing up to launch the POCO X4 series with the POCO X4 and POCO X4 Pro 5G. These devices are expected with much anticipation. After all, their predecessors were instant hits due to their excellent specifications. The POCO X3 / NFC was a stellar mid-range phone that brought a decent processor, big battery with fast charging, and 120 Hz display, a 64 MP camera, and an excellent price.

A few months later, the company brought the Pro variant with a slightly downgraded camera, but in order to bring a flagship levered Snapdragon 860 SoC for almost the same price as the regular version. On top of that, both devices while identical weren’t based on any existing Redmi smartphone. Their sequels are highly anticipated, but they may end in disappointment for some users. Today, we have leaked images that reveal the POCO X4 Pro in all its glory. They also serve to confirm some of the specs and also the fact that is just another of POCO rebrandings. 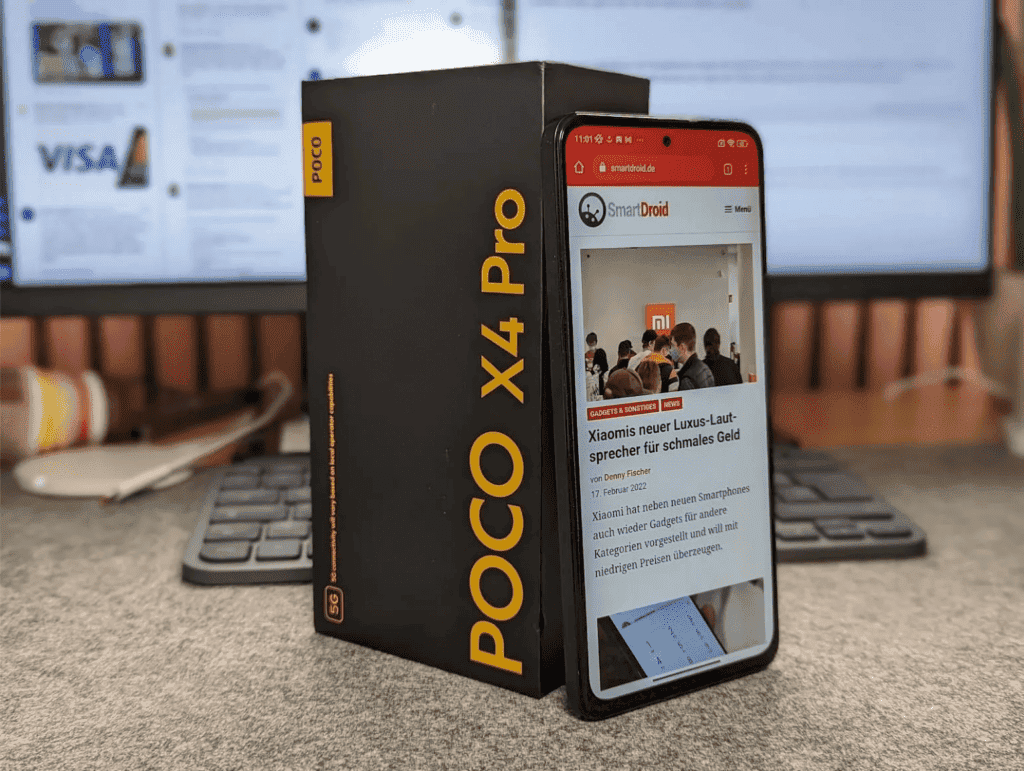 The POCO X4 Pro seems to be just a rebadged Redmi Note 11 Pro 5G. It will sound like a missed opportunity for a brand that could solidify its presence in the flagship killer segment. Apparently, Xiaomi does not want POCO to get more attention than Redmi.

The leaked renders confirm the POCO X4 Pro will pack a punch-hole display. According to the leaks, the device has a 6.7-inch Full HD+ AMOLED screen with a 120 Hz refresh rate. Moving around to the back, we can a huge camera module with “POCO” branding. It comprises three cameras. As per the leaks, the main camera has a 108 MP Samsung HM2 lens. It also brings an 8 MP ultrawide snapper and a 2 MP macro camera. Worth noting that the Indian variant is touted to come with a 64 MP main camera. For selfies and video calls, the device will bring a 16 MP front camera sensor.

The POCO X4 Pro has a flat frame and a glass back. Under the hood, it packs the Qualcomm Snapdragon 695 SoC. The only advantages over the Snapdragon 860 are the 5G connectivity and the more efficient 6nm manufacturing. Despite this, the chipset loses in other aspects, especially in the GPU department. It will be paired with 8 GB of RAM and 256 GB of Internal Storage. In terms of software, no surprises, just Android 11 with MIUI 13 running on top.

The device will have a 5,000 mAh battery with 67W fast-charging support. Other specs include dual stereo speakers, NFC, a 3.5 mm headphone jack, and a micro SD card slot. The phone will launch in global markets in the coming weeks. Unfortunately, there is no word from POCO India regarding the device’s launch at the moment.

Will it surpass POCO X3 Popularity? The answer is no

Honestly, we’re expecting a huge backlash from the POCO Fans after this device’s launch. Unless that POCO comes with a super aggressive price tag, this device is not much appealing than the rest of the competition in this segment. The more optimistic guesses have been waiting for this handset with the Snapdragon 870 SoC. Apparently, we can’t have flagship-like specs in the mid-range segment anymore.

We assume that the POCO X4 Pro launch is imminent.