A couple of days ago, OPPO has unveiled the Oppo Find X5 flagship duo of smartphones featuring the company’s 80W charging. This currently stands as the fastest charging available on Oppo smartphones, but that will change pretty soon. Oppo took at the MWC 2022 stage to reveal its new Oppo 150W SuperVOOC charging technology. We may not see this in any Oppo smartphone until the Oppo Find X6 series pop out, but at least it’s ready. Of course, there is also room for a surprise through the Oppo Reno8 or 9 series. In fact, the company says that the first phone to come with this tech will be a OnePlus handset coming in April / May. Could it be a OnePlus Nord device? The company also revealed a new ground-breaking battery healing technology and demoed its 240W charging which currently is under development.

As per Oppo, during laboratory tests, the upcoming 150W SuperVOOC system charged a prototype smartphone with a 4,500 mAh battery from 1 percent to 50 percent in just 5 minutes. The battery got all the way to 100 in a total of 15 minutes. The device was turned on, but inactive and in airplane mode. For a quick comparison, the company’s 65 W charger needs around 40 minutes to get to 100 percent.

The new system introduces a 150 W SuperVOOC charger. Thanks to its GaN technology, the charger measures 58 x 57 x 300 mm and weighs 172 grams. This isn’t much larger than Oppo’s old 65 W SuperVOOC adapter. This also means that the adapter has a power density of 1.51W / cm³, which is much higher than a typical charger. The VOOC technology is proprietary, but the new charger already supports the standard USB Power Delivery and PPS protocols that are used on current smartphones, laptops, and other gadgets.

The charger also outputs 7.5A at 20V. Moreover, inside the phone, there are two battery cells that charge individually. Each charge pump converts the incoming electricity to 5V / 15A and feeds that into the battery. Oppo is ensuring the battery health with a particular engine. It employs a custom chip to manage the battery. During lab testing, the battery retained 80 percent of its capacity after 1,600 complete charge cycles. 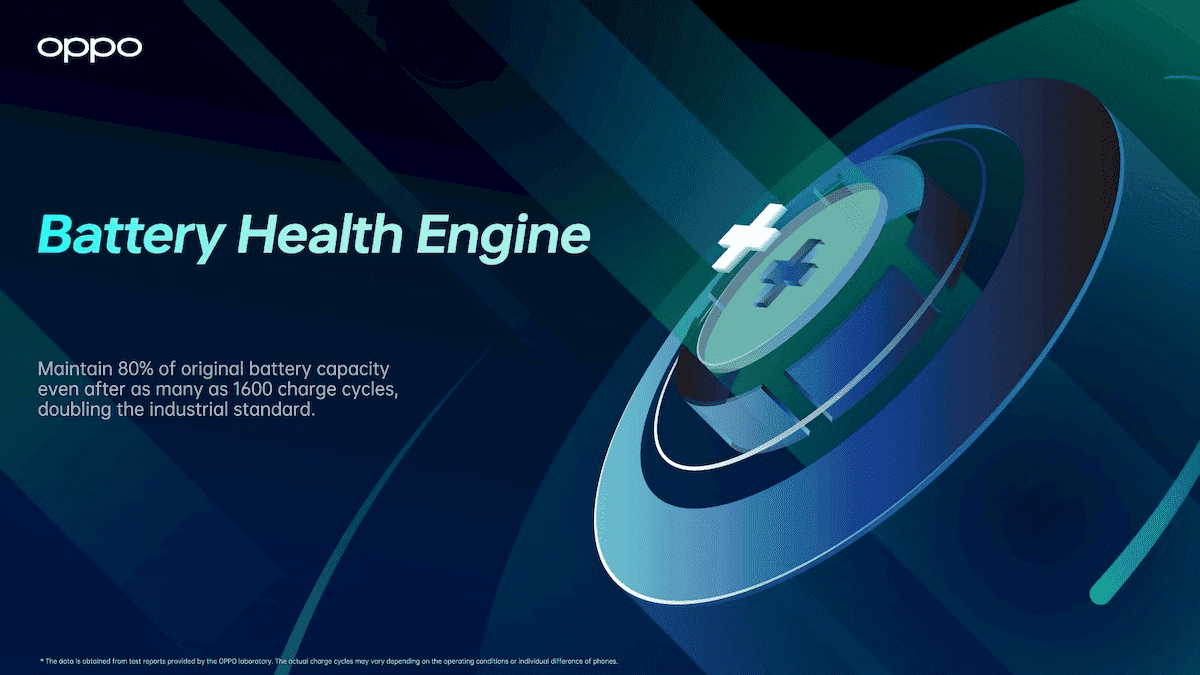 This comes in part thanks to the Smart Battery Health algorithm. It constantly monitors the negative electrode to minimize the occurrence of dead lithium. These are ions that become trapped and are unable to carry a charge. The Oppo Find X5 series already comes with the Battery Health Engine. 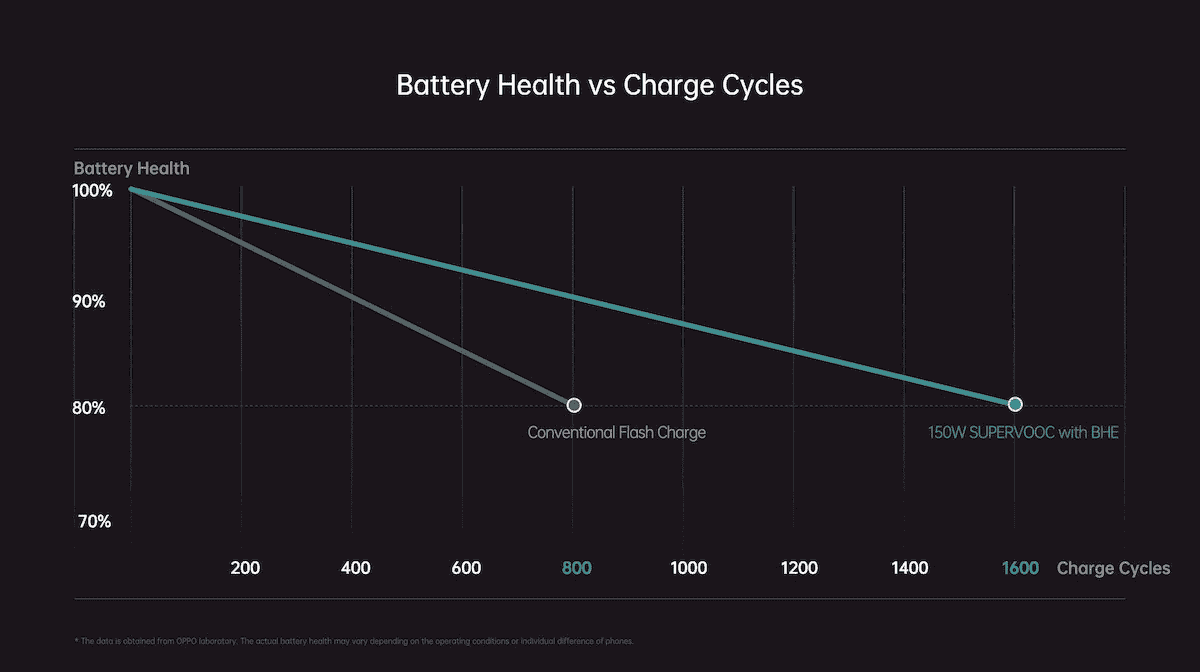 The company’s Battery Healing technology solves another problem. The battery design that Oppo uses includes a Solid Electrolyte Interface. It’s a durable film on the battery’s electrodes that protects them from degradation. Battery Healing here refers to a special formula for the electrolyte that continuously repairs the SEI layer while the battery is charging and discharging. This keeps the electrodes in good condition, which improves the battery’s performance and extends the lifespan.

The company also revealed it’s working to improve SuperVOOC and make it withstand 200W and above charge speeds. The company already has a working prototype of a 240W system. According to them, it can charge a battery from flat to 100% in just 9 minutes.

This crazy tech can even bring the battery from flat to 50 percent in just 3 minutes and 30 seconds. The SuperVOOC system sends 24V/10A towards the phone and uses three pumps to convert that to 10V/24A. Since it’s a demo, we don’t expect this tech to become real in the mass market until 2024 or 2025. Meanwhile, the 150W SuperVOOC charging should become a standard.

Realme also revealed its UltraDART charging system that can go between 100W to 200W. The company confirmed its first smartphone with its will be the Realme GT Neo3. Besides Realme and Oppo, we also have Xiaomi’s 200W charging.