The Oppo Enco X2 global launch date has been tipped, and a real-life image of the upcoming TWS earphones has been officially revealed. Oppo is gearing up for a global launch event, which will take place on February 24. Moreover, the Chinese consumer electronics giant is likely to unveil some tablets, headphones, and even smartwatches at the aforesaid event. Oppo recently teased one of the upcoming true wireless stereo earphones dubbed the Oppo Enco X2 via a Weibo post.

Aside from that, Oppo confirmed that the Oppo Enco X2 will launch on February 24 in its latest post on the Chinese microblogging website. The upcoming earphones will be the much-awaited Oppo Enco X TWS successor. To recall, the Oppo Enco X TWS earbuds arrived in the Indian market back in 2021. Also, the company announced OPPO Enco X Blues Edition last year. The upcoming Enco X2 will reportedly debut as a flagship true wireless earbuds. However, Oppo has still not confirmed this speculations.

Taking to Weibo, Oppo’s Chief Product Officer Pete Lau has posted an image that emphasizes the earphones’ superior sound quality. Moreover, Oppo will be launching the Oppo Find X5 series smartphones at the same event. According to the Weibo post, the Oppo Enco X2 TWS earphones will make their debut at 7.30 pm China time at the February 24 launch event. Aside from that, the post includes an image. Moreover, this image reveals that the earphones’ design is a result of Oppo’s collaboration with popular Danish loudspeaker maker, Dynaudio.

Moreover, the teaser image suggests that the earbuds will adopt an in-ear design. Aside from that, it confirms the earbuds will use a second-gen coaxial dual-unit sound structure. Also, it will offer LHDC 4.0 ultra-clear sound support. As if that weren’t enough, the Enco X2 will support ultra-wideband deep noise cancellation as well. The aforesaid Weibo post by Lau includes a real-life image of the upcoming earbuds. In the post, the OnePlus Co-Founder claims that he stopped using other audio wearables after trying the Enco X2. 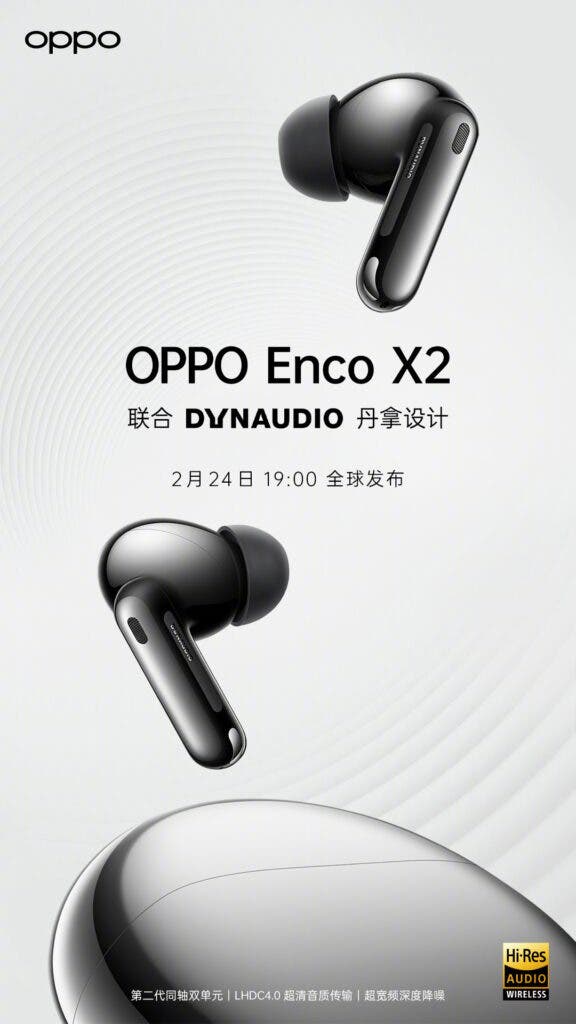 According to Lau, the Enco X2 offers a “breakthrough improvement.” Furthermore, the image showcases a design that resembles the outward appearance of the last-gen Enco X2. Moreover, it looks like Oppo has focused more on the internals for the Enco X2. The original Enco X made its debut back in October 2020, carrying a price tag of 999 Yuan ( about $158) in China. There is a possibility that the Enco X2 will carry the same price tag.

How to build your visual identity as a photographer