The OnePlus Nord CE 5G was originally launched as an incremental revision for the OnePlus Nord. The device bagged the exact same design but had a slightly lesser Snapdragon 750G which is slower than the Snapdragon 765G on the original Nord. The device, apparently, was well-received, and for that reason, OnePlus is preparing a sequel. The growing OnePlus Nord family will get its new member as soon as February 17. Ahead of the launch, the company has been pushing a couple of teasers to keep the hype alive. Today’s bit confirms the OnePlus Nord CE 5G will pack a 64 MP triple camera with AI refinements.

As usual, the OnePlus Nord CE 5G will bring just three cameras. The triple camera system will come with a 64 MP unit, but the company didn’t specify the sensor. We would bet on an OmniVion camera given to the company’s silence. Anyway, there will be many software improvements to enhance the pictures and provide outstanding image performance. The other cameras’ specs are unclear. However, they will come with AI camera features which include AI Backlit video. 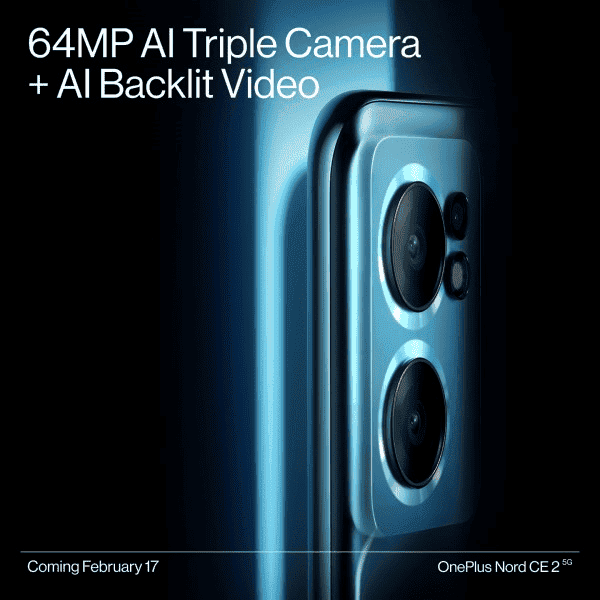 The rest of the OnePlus Nord CE 2 5G confirmed specifications include the MediaTek Dimensity 900 SoC. It packs two ARM Cortex-A78 cores and is manufactured on 6 nm standard. Other specifications include a USB Type C port, a 3.5 mm headphone jack. Interestingly, the phone will come with 65 W SuperVOOC charging, but the battery capacity is unclear. We assume it’s a 4,500 mAh unit.

The device will also bring a dedicated micro SD card slot for expansion by up to 1 TB. The latest teaser shared by the company confirmed the Bahama Blue colorway. We already know it will come in Gray Mirror or Mirror Gray colorway. The device will be eligible for two major Android updates, but will still come with Android 11.

With just a few hours remaining, we don’t expect more teasers to come up. We’ll know the handset in all its glory and we’ll see if it will be a valid contender for this overly-competitive mid-range market.

How to Build a Refrigerator Cabinet Surround