One UI 4.0 stable update rolling out for Galaxy S22 and S10 Lite- Gizchina.com


Samsung managed to close 2021 with most of its flagship smartphones updated from the most recent S, Note, Fold, and Flip devices to the latest ones in the eligible hall. Now, the company is starting to expand the update to smartphones that aren’t in the top priority group. As a result, it’s time for the Samsung Galaxy S10 Lite and the Galaxy W22 5G to receive the stable One UI 4.0 update. The company didn’t make much buzz about beta-testing programs for these two devices, instead, it has started to roll out the full-fledged upgrade that brings Android 12 to both smartphones.

The Android 12-based update is rolling out for the International variant of the Galaxy S10 Lite, having model code SM-G770F. The firmware has version number G770FXS6FULA and comes with the December 2021 Android security patch. In addition to this, Samsung has unveiled the One UI 4.0 update for the Galaxy W22 5G. For those unaware, this isn’t one of the Samsung crazy flip smartphones for South-Korean. Instead, it is a custom Galaxy Z Fold3 variant for China. The firmware for the W22 5G comes with version number W2022ZCU2BULF. 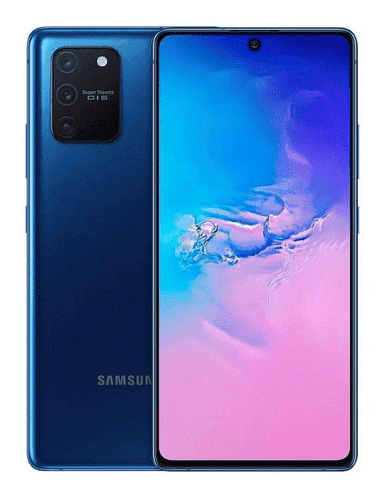 Android 12 and One UI 4.0 come with several new goodies

As expected, the stable One UI 4 brings all the goodies introduced by the company in the latest iteration of its proprietary skin. Of course, there are many features inspired by the underlying Android 12 version. For instance, we have some UI refreshments and the Wallpaper-based theming engine. This is just the first version of One UI 4.0, and we expect Samsung to keep rolling out incremental versions with new flagship releases.

Given to the Galaxy W22 5G nature as a rebranded Z Fold3, we can expect it to be eligible for Android 13, and Android 14. These versions will likely bring One UI 5 and One UI 6 in the process. However, we don’t know if the Samsung Galaxy S10 Lite will receive more updates.

With most of its flagships running Android 12, we know to expect Samsung to start rolling out the update for its mid-range handsets. The newer devices will likely receive it first, but some of the 2020 smartphones will also receive the update. The Galaxy A51 and Galaxy A71 are probably among the first mid-range smartphones getting One UI 4.0. Their status as best-selling Galaxy A-series smartphones, probably put them inside of Samsung’s priority list for this update.

The Korean firm was plagued by fragmentation in the past few years, but we have to say that it has improved in recent years. Other popular smartphone brands are still struggling to deliver Android 12 to their few flagship smartphones.