Nubia RedMagic 7 listed on FCC with 4,380 mAh battery and 12GB of RAM- Gizchina.com


ZTE has been making the headlines recently thanks to its Axon series with many innovative technologies and under-display cameras. Meanwhile, the company’s subsidiary Nubia has been also marking a relevant place in the range of gaming smartphones. Nubia is pretty much established in the segment with its RedMagic series. For this year, the company is already preparing the terrain for the Nubia RedMagic 7. The device is expected for the first quarter of 2022, and apparently, it’s getting close to the release.

The company launched the Nubia RedMagic 6S Pro late last year as an upgrade to the Nubia Red Magic 6 series. Apparently, it is now getting close for the Nubia Red Magic 7 series of smartphones. The new gaming flagship has just passed through the FCC certification which tells us that Nubia is already getting ready for the release. 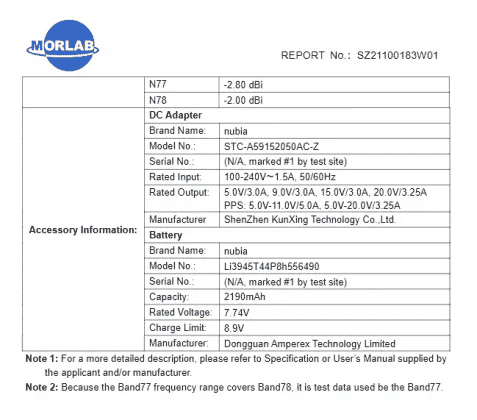 The listing FCC reveals many details of the upcoming gaming flagship. It reveals the device’s battery capacity as 4,380 mAh and also brings details about the charging capabilities. The gaming smartphone appeared on FCC with the model number NX679J. Besides the battery capacity of 4,380 mAh, the listing also confirms 65 W fast-charging for the handset. The charging adapter has the model NB-A20825C. The phone makes use of the 2,190 mAh Dual Cell Battery to withstand this charging rate. Worth noting, however, that the Chinese version of the smartphone appeared on 3C certification a couple of weeks ago. According to the listing, the device has an adapter with model number STC-A59152050AC-Z which has 165W charging support. 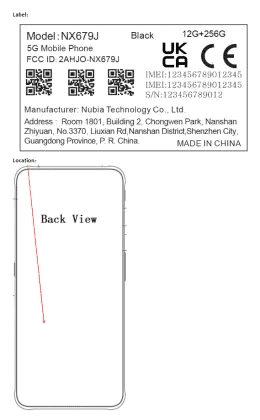 The listing also confirms that the gaming smartphone will come with 12 GB of RAM. This is no surprise as the company has launched its device with more RAM in the past. The 12 GB of RAM variant will come with 256 GB of Internal Storage. The handset will come in a Black colorway, however, we can expect other colors as well.