In March 2021, Lime introduced its new Gen4 e-bike that stands out due to the swappable batteries. The latter can be used on Lime’s latest generation of e-scooters. Today, TechCrunch reported that the company has finally begun delivering the new e-bikes to the streets of Washington, D.C. 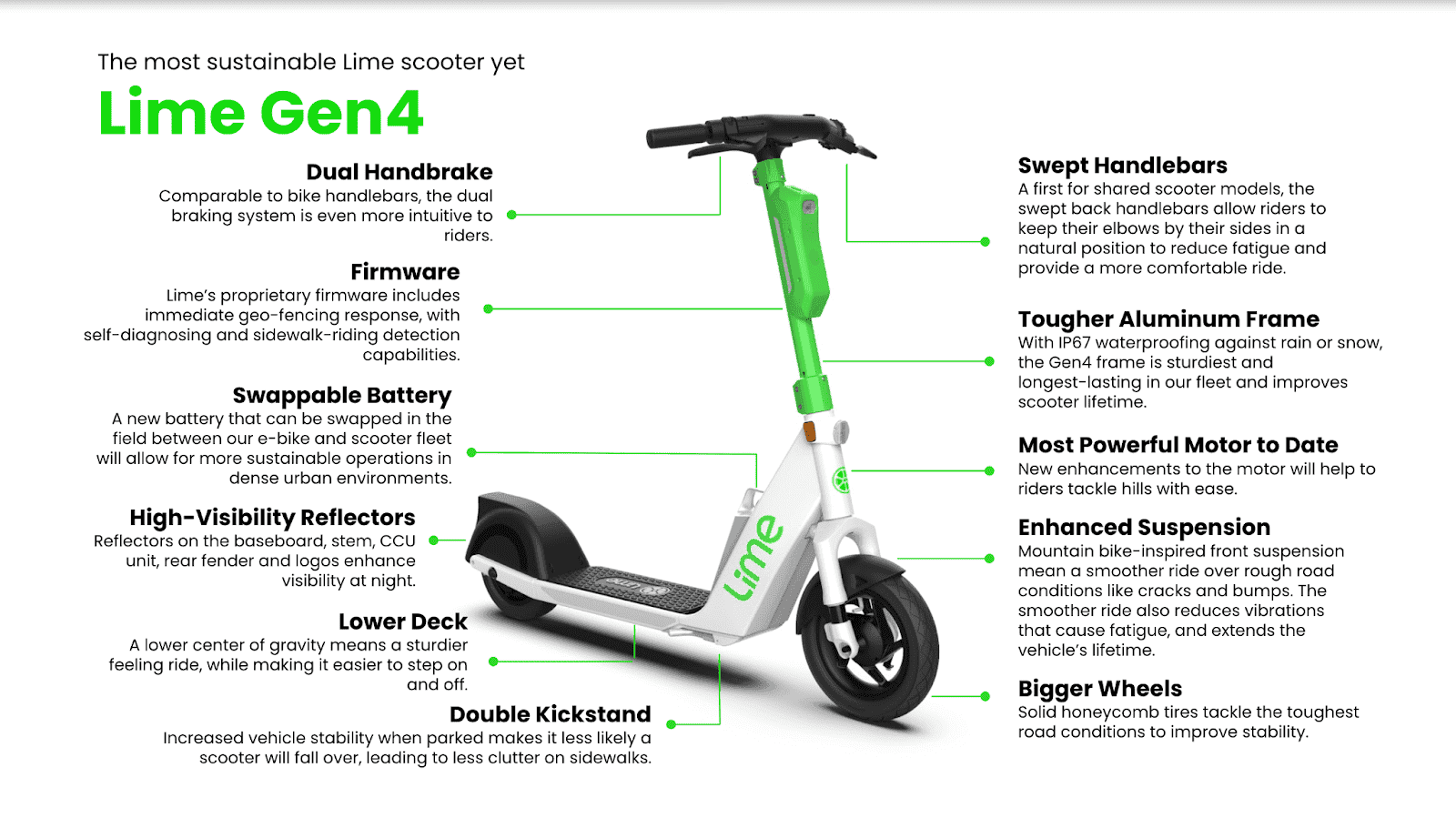 In fact, Lime has invested over $50 million in this project, which assumes to replace the current models of the company in the big cities worldwide. Washington D.C. was the first to get 250 new e-bikes. Here the company plans to replace the full fleet of 2,500 e-bikes by April. After, other major cities in North American, Europe, Australia and New Zealand will be getting their own portion. The replacement should be over by the next year.

Generally, Lime has launched its e-bikes in 50 markets globally, including London, Seattle, Paris, Denver, and soon Charleston, South Carolina. The new model dubbed Gen4 e-bike ought to hit the market in the summer of 2021. But because of supply chain problems, the company had to push back the launch date.

As for the bike itself, as said above, the biggest highlight is considered to be the swappable battery. It ideally matches the appearance of Lime’s latest Gen4 scooter.

“This is a potential leap forward for the industry,” Russell Murphy, senior director of corporate communications told TechCrunch. “If you have one battery between vehicle types, you can operate a more streamlined multimodal fleet.”

According to Lime’s expectations, the battery upgrade will lead to improved unit economics. We mean due to the swappable battery design, users won’t have to take the e-bikes to charge. As for the operator, micromobility will earn more as there will be more vehicles on the street.

“It will also mean one team can do every charge task instead of having one charge team for bikes and one for scooters,” he said.

Other than that, the Lime Gen4 e-bike will also come with an improved motor. The latter should help riders climb hills more easily. Plus, it will boast a phone holder, a new handlebar display, and an automatic two-speed transmission. Due to it, the e-bike will start more smoothly.

Wrapping up, Lime has serious plans of getting a larger piece of the pie by entering more cities worldwide. For this, it is actively working on new technologies. By the end of last year, micromobility closed a $523 million raise in convertible debt and term loan financing. This is the company’s last funding round before it goes public in 2022.