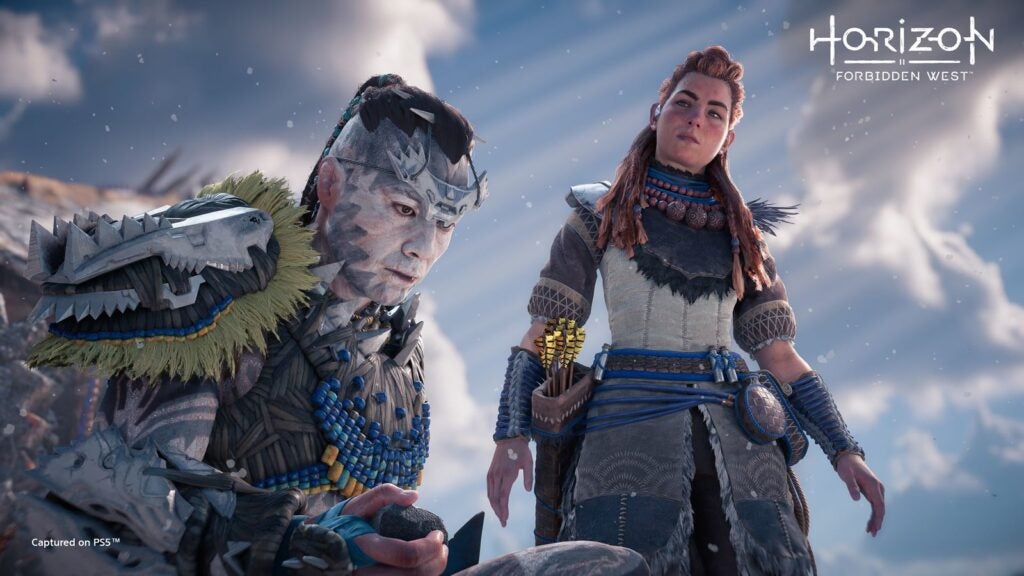 Well, here’s a new one on us in the context of modern gaming; games loading too quickly! Guerilla Games has revealed it had to slow down the new Horizon Forbidden West because of the PS5′s super fast SSD.

In an interview with Engadget, the developer said the new hardware responded so quickly to its fast travel feature it was forced to slow it down. That was because players didn’t have time to read the on-screen gameplay hints that appear while the player is transported to the new location.

“In Horizon Zero Dawn, we called it fast travel, but it could take maybe a minute to actually load,” game director Mathijs de Jonge. “With the PS5, it’s maybe four or five seconds, it loads so quickly that players can’t even read the hints.”

“We had to add a very simple feature where it hangs on the loading screen for enough time so you can actually read at least one hint while it loads.”

He said that gamers can still zip past those screens and get where they need to be without delay, which experienced players are sure to take advantage of.

Elsewhere in the interview, published ahead of the the release on Friday February 18, the developer explained how it was able to make the game perform well on the PS4, something others have struggled with (cough Cyberpunk cough) when developing games for the new generation.

“Because of the pandemic, we had to switch to remote play testing [on PS4],” de Jonge added. “It was a big advantage, in a way, that we did have the PlayStation 4 because that meant we really had to get the build in a good state rather than just focusing on the PS5 version.”

“From the start, we targeted having higher-fidelity characters, high-fidelity environments, higher-fidelity vegetation, everything, just for the PS5,” added technical director Michiel van der Leeuw. “So you’ll just see different models for the PS4 version, but with the same sort of atmosphere throughout the game.”