The very first details had already emerged in December, but now Android 13 is starting to be a reality. In fact, Google has just released the first developer preview of the new version of the green robot. So, owners of Pixel 4, Pixel 4 XL, Pixel 4a, Pixel 5, Pixel 5a, Pixel 6 and Pixel 6 Pro who wants to taste the Tiramisu (this is the code name of this version) can do so by following the link in the Source, but always bearing in mind that, of course, there will be a still incomplete and unstable experience.

Of the new features that we will see in the final version, for now, there are only traces: it is no coincidence that we are talking about a developer preview, which is a build designed to allow developers to start working on Android 13 by testing their programs.

However, from what we can see today, Google has every intention of further expanding the approach adopted on Android 12 with Material You, and in the pipeline, there is the possibility of expanding the palette of adaptive colors – those proposed is based on the background chosen by the user – not only to the system app icons, but to those of all the apps, thus creating a much more coherent and uniform visual experience, which will also include improved animations and effects. 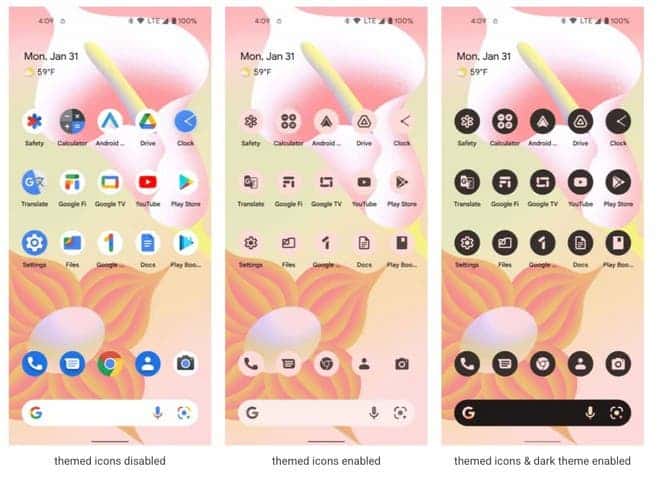 In this first Android 13 developer preview, it is possible to notice a selector for unpublished photos and videos; that allows you to share access only to specific content with the app; and not to the entire gallery of multimedia files on your device. To enable this feature, developers will need to use the Photo Picker API.

Still, on the subject of privacy, another new feature concerns the search for nearby Wi-Fi devices. It will no longer be necessary for apps that need to find Wi-Fi devices in the surrounding environment; to also obtain access to GPS data relating to the location. And there is also the possibility to set a different language from the default one for the individual apps in an easier way, as well as a greater flow of feature updates through Google Play that will allow you to be able to bring features such as the photo selector seen previously. directly to users using older versions of Android.

The first Beta arrives in April

Google has also shared the timeline that will lead to the release of the stable version of Google Android 13; with the first beta scheduled for April and the achievement of platform stability between June and July 2022. There is still no precise indication, however, for the definitive release.

The best wireless mice for 2022

Dead by Daylight Prevents “Boil Over” Abuse in Newest Update