Galaxy S22 only has 25W charging and you’ll need to purchase a charger separately- Gizchina.com


After countless rumors and leaks, the most recent bit confirmed for once and all that the Galaxy S22 Plus and the Galaxy S22 Ultra will have 45 W fast-charging. That is still not on par with what other companies are set to offer in 2022 but is a step forward for Samsung. While companies are playing with 120W, 125W, 165W, and even 200W charging, Samsung is seriously struggling behind. At least, the Galaxy S22 Plus and S22 Ultra won’t charge in the tepid 25 W rate as previous rumors have been suggesting. However, that won’t be the case with the Galaxy S22. The vanilla smartphone will still be behind what most flagships, except Apple, are offering nowadays. Apparently, Samsung is confident that keeping an “Apple-like” profile is enough for its flagships. 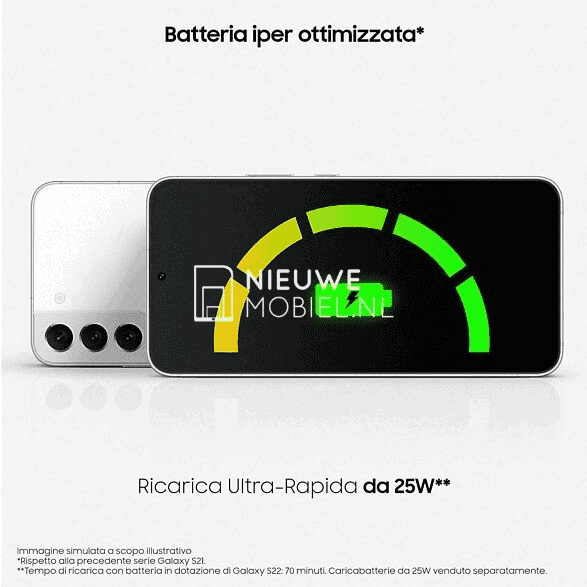 According to a report from Nieuwe Mobiel (via GSMArena), the vanilla smartphone will still be comparable to Samsung mid-range smartphones in terms of charging. The vanilla Galaxy S22 will need around 70 minutes with this charging rate to replenish its 3,700 mAh battery. Curiously, the device has 300 mAh less than the Samsung Galaxy S21. Perhaps, Samsung will compensate for this with the more efficient 4 nm process on the Exynos 2200 SoC. The Galaxy S22 Ultra will take the 45 W charging which will take around 60 minutes to charge its 4,500 mAh battery. 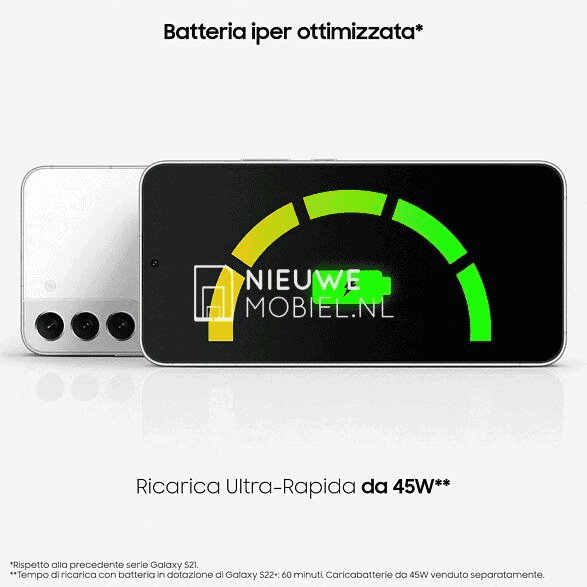 Another detail that will disappoint some users, is that Samsung is seriously leaving the chargers outside of its smartphones’ boxes. Despite the mocking campaign against Apple when it released the iPhone 12 without a charging adapter, Samsung promptly followed Cupertino. It started last year, and apparently, this year will be more drastic with none of the devices bringing a charging adapter. So if you want 45 W charging on your Galaxy S22 Plus or Galaxy S22 Ultra, you’ll need to purchase it separately. That’s really curious when you see that the latter will break the $1,100 barrier. While mid-range phones still bring charging adapters, the flagships are leaving them out to “preserve the environment”. Of course, it’s just a matter of time until all brands decide to leave the bundled chargers behind. After all, if companies that do this are selling well, why they wouldn’t?

Samsung will reveal its Galaxy S22 series on February 9 at its Galaxy Unpacked event. However, there are rumors suggesting a delay in the open sale of the two first devices.

Amazon Echo Buds are down to $80 for a limited time