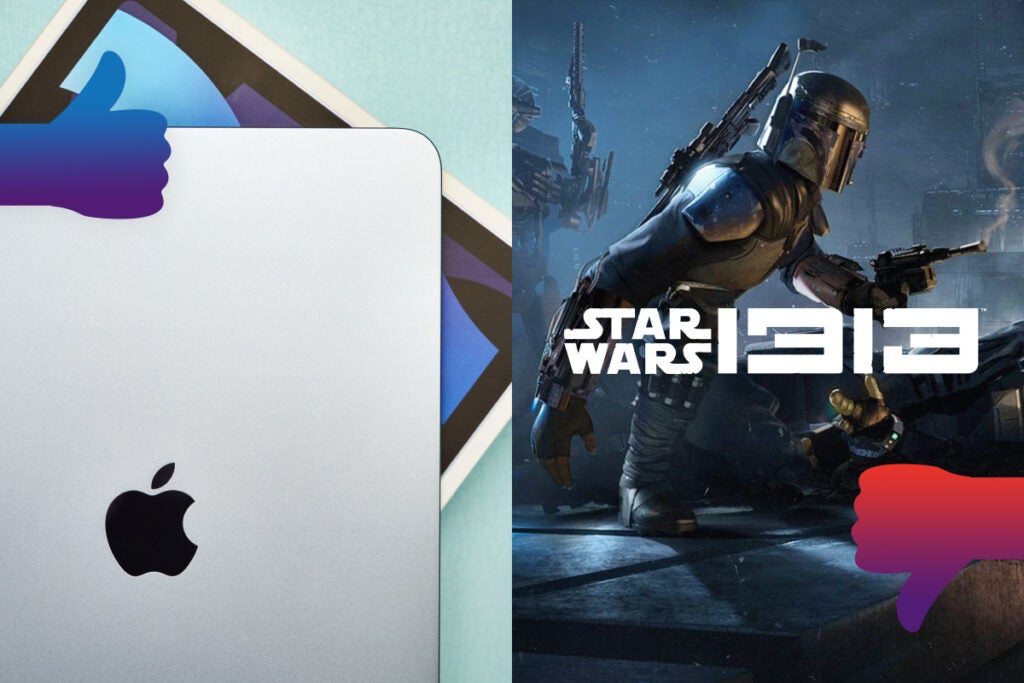 It’s finally the weekend, which means it’s time for us to select our winner and loser for this past week.

The final week of January saw Nvidia launch the GeForce RTX 3050, Meta switch up the name of the Oculus Quest, and Valve announce a release date for its highly-anticipated Steam Deck console.

In mobile, the entire Galaxy S22 price list was leaked ahead of Samsung’s big Galaxy Unpacked event next week, giving us an early idea of how much we might have to save up for the brand’s next flagship. Meanwhile, Google ended support for 2018’s Pixel 3, before accidentally leaking news of the Pixel 6a with a colouring book and Xiaomi unveiled the Redmi Note 11.

Read on to discover who we picked out as our winner this week, along with who got stuck with the loser title.

This week’s winner is Apple, who look to be in for a big year in 2022 thanks to the iPhone in particular.

First, it was revealed this week that, as of Q4 2021, Apple is now the top smartphone vendor in China. The company saw it’s unit sales grow by 32% year-on-year, according to Counterpoint Research, making Q4 the first time Apple has held the title since 2015.

There are plenty of speculations for Apple’s success, including the global chip shortage, Huawei’s struggles, and the more affordable cost of the iPhone 13 compared to previous iPhones in China.

Apple is also testing perhaps the most requested iPhone feature of 2020 to 2022 (don’t hold us to that), Face ID with a mask. The security feature – which is currently in beta –  will make it possible to sign into your iPhone without removing your face mask in public places, making tasks like paying with Apple Pay a lot less awkward (even if the return of Touch ID is looking a lot less likely than we’d hoped).

Another major feature that could be coming to the iPhone soon is a way to receive contactless card payments.

According to a report by Bloomberg, Apple is working on a system that will allow businesses to accept contact payments through their iPhones instead of using a card machine or terminal, which could change the game for small businesses in particular.

So, what about the rest of Apple’s product line?

Bloomberg’s Mark Gurman has also laid out a list of all the tech we can expect to see launch before the end of 2022.

Most of the above are slated for an autumn launch, aside from the iPhone SE, iPad Air and iMac, which could be here as soon as spring.

This weeks loser involves a very belated nod to the never-released Star Wars 1313, after Star Wars fans were treated to a peak at the game that never was.

The Vault shared leaked footage from the game on YouTube, which you can check out for yourself below:

The short video, which follows Boba Fett as he runs through a market and over rooftops in Coruscant, gives fans a look at the character moves and animations that might have been in store for Star Wars 1313 – if it had ever come to fruition.

Sadly, the game was postponed way back in 2013 when Disney acquired Lucas Arts, just one year after it was announced at E3. It was later cancelled.

For fans of the Star Wars franchise, this leaked footage is at best an interesting look back at what could have been and at worst rubbing salt into the wounds nearly a decade after the game was binned.

NASA is designing a quieter supersonic plane, the X-59